Statement: The original meaning of most kata (besides being used in self-defense) have been lost in the “sands of time”.

I think we can all agree on this. Yes?

Personal preference, lack of knowledge, misunderstandings, deliberate adjustment and many other factors put together makes it highly unlikely that the patterns of Karate we today practise – known as kata – are practised the way they were once intended to.

So, is all hope gone? Are we doomed to forever practising an art which we may never have more than a shallow understanding of? Will we, after having scratched the surface for so long, one day suddenly come to realize that there is nothing more to it?

Well, there are other pieces to the puzzle of kata, that we may have overlooked.

If we are in agreement that we’re going to have a hard time figuring out a kata on the physical plane, why not turn our attention to the nomenclatural (the study of names) plane?

As a matter of fact, this has already been done by many a researcher.

But I’m not satisfied with their results.

Let’s do a small experiment: If you have a Karate book nearby that has a list of kata (preferably written in Japanese), feel free to go fetch it. Now look at the various kata, and the translation for each. For those of you that don’t have access to a list like this, I happen to have one right here:

These are some common kata, and their commonly used (and widely accepted) translations:

Having seen these translations for many years, with minor variations here and there, I didn’t think about it that much.

I figured that people much wiser than me had once researched these meanings extensively, and they were the truth. Sure, they were a little strange (I mean who  names their kata “Love and compassion”?) but they probably had some hidden, higher, meaning that we probably would never understand anyway, since all kata were created by semi-gods and handed down on stone tablets on top of a holy Chinese mountain. Or something equally legendary.

That was my belief before I discovered something.

You see, one day I heard an idea. An idea that the Pinan/Heian kata could be interpreted in another way.

Arguably the most widely practised set of kata in the world of Karate, people have always thought the name means “Peace and Tranquility”, “Tranquil Mind” or something similar, with an Asian, esoteric touch.

What I heard was that the word Pinan could be read in Chinese too.

But thanks to the highly Japanese “inflexibility” of Karate (to be politically correct), nobody has ever done so.

And that changes the whole game.

So I quickly sent an e-mail to one of my friends, who happens to be Chinese, and asked him about it. I simply wrote the kanji (ideograms) for PIN-AN (see picture to the right), said nothing about it’s connection to Karate

or anything, and asked him what it means in Chinese (if even anything)!

His answer was the following:

“Oh, that’s nothing special. We say PING-AN. It’s a pretty common word. It’s hard to translate exactly, but I’ll try. For example, when I took the plane back to China last summer, my family said this to me at the airport. It means something like “to be safe” or to be “protected from danger”. It’s kind of a good luck wish.“

Just what I expected.

Once a “childrens” kata with basic applications many people didn’t care about, that many people believed was created only for holistic reasons, (I mean, how practical could the applications be if the kata was named “tranquil mind”), Pinan suddenly became interesting again.

It wasn’t a sleeping pill anymore. If the name means “protect from danger” or “remaining safe”, just imagine what knowledge this series must contain.

And that was the start of it all.

From Pinan/Heian I moved on to the next kata. And then, the next. And the next.

Never forgetting their apparent physical lessons, but simply putting them on hold, while looking at their names/labels and the potential meaning still undiscovered, I learnt a whole lot. Yes, I prefer the word undiscovered. Though I most certainly showed you a list of many kata above, with their meaning, I came to the conclusion that most of those translations were nothing short of pure fantasy.

To this day I am still amazed at the massive amount of ignorance surrounding the names of kata. Bassai, Seienchin, Saifa, Gekisai (don’t get me started on that one), Jion (not that either), Kusanku/Kanku, Kururunfa, Naifanchin/Tekki…

And all of this is so FUN.

So incredibly fun that I don’t even think you understand.

With our minds still tranquil (pun intended), let me illustrate my point by creating a story:

Just to have a little fun, imagine the following: I am from Shanghai.

I am a Chinese official named Chanjackie Leebruce (yes, I have poor fantasy) on my way to Okinawa, who happens to be some sort of expert in Chinese boxing. Chinese boxing being, of course, today’s term used for a collection of various sources of Chuan/Quan Fa (Kung Fu).

One of the many forms (hsing/xing in Mandarin Chinese, kata in Japanese) I practise is named “Grandpa’s form” (since I learned it from my grandfather before he passed away). It’s one of my favorites, containing many nasty techniques that my grandpa found effective.

Anyway, being sent on a diplomatic mission to the Ryukyu Islands (which was nothing special during this time) I arrive at the biggest island, known as Okinawa. I find the locals a very friendly and proud people, who enjoy learning from me.

For some reason, I actually end up staying for 18 months. During that time I exchange knowledge, in all sorts of fields, with the locals; astronomy, calligraphy, engineering and even some martial arts, something which I had always been good at. I even teach “Grandpa’s form” to some local experts who I consider worthy.

Oh, if I didn’t mention this, in Chinese I refer to this form as “Yeye Xing”.

So when the (often illiterate) Okinawans ask me what I call this routine, I tell them Yeye Xing. That’s simply what I call it. I’m not making up any flowery names.

I tell them this is grandpa’s form!

Now, to some locals who don’t speak Chinese (just my luck!) it appears to be not “Yeye Xing” but something like“Jeyechin”. I try to tell them they’ve got it all wrong, but they don’t seem to get it. Some think it’s “Ieiechan”. Other locals prunounce it “Yeyasun”. One guy couldn’t pronounce it at all, so he just called it “Chanjackie’s Boxing Form”, since he learnt it from me, after all.

“Well, whatever floats your boat…” was all I could think.

Fast forward a couple of hundred of years, and people across the globe still practise something that is supposed to be my grandpa’s form!

Somehow it got handed down in Okinawa for generations, and eventually spread throughout the world.

However, only a fraction of the original techniques remain. The name has also been twisted (even more), so I barely recognize it. And, as I later found out, in America some guy even did grandpa’s form at a tournament and shouted “Judges, my name is Matt McDonald, and today I will perform a pattern we call YO-HO-YEAH-KING!”.

My grandpa would be rolling in his grave.

And the fun thing is, besides distorting my whole heritage (which I, on the contrary, don’t find fun), people who don’t have a clue what the original meaning and intent of the techniques was are now doing applications based on these different “names” for grandpa’s form.

Some self-proclaimed “experts” have even done some extensive “research” and concluded that Yeye Xing (grandpa’s form) can be written in twenty different ways, with 18 different kanji, and once probably held the meaning of a “Grand Man” or something like that.

And this is exactly what many big organizations believe (“Hey, it’s in a book, it has to be true”)! Which means that in some organizations and styles, the tactic and meaning of this kata is to use big techniques and long range strategies to overcome the attacker.

“This is the true way” they might even say.

Some other organizations think the name refers to a fat guy (a “grand man”), and therefore the kata is supposed to be good for people with limited range of movement, making the applications small and narrow.

“This is the only true way” they might say.

As you probably notice, these application theories are exact opposites!

In short, people have built a whole industry, a fantasy world of concepts, strategies, techniques and philosophies (sometimes even opposing each other) based on some punches and kicks my grandpa once taught me in his underwear at the back of his tea shop in Shanghai!

That’s what I find fun.

How about, instead of being busy “Storming fortresses” (Bassai), “Attacking and smashing” (Gekisai), “Marching far quietly” (Seienchin) and “Viewing the sky” (Kusanku), we turn our attention away from this Karate Utopia where every kata can be understood, categorized and sold as gospel based on our interpretation of it’s name, and try to focus on looking outside of the box.

Challenge the status quo, because there is nothing tranquil about Pinan.

No, it’s not as comfortable.

And it’s not as easy.

But it’s worth it. 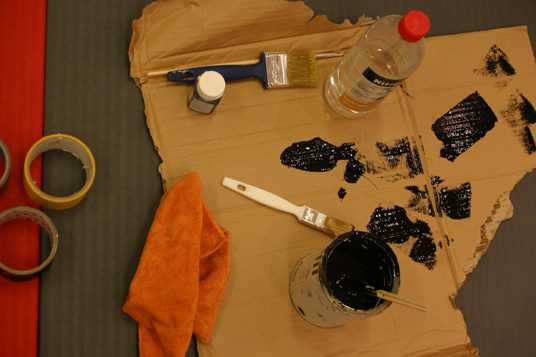 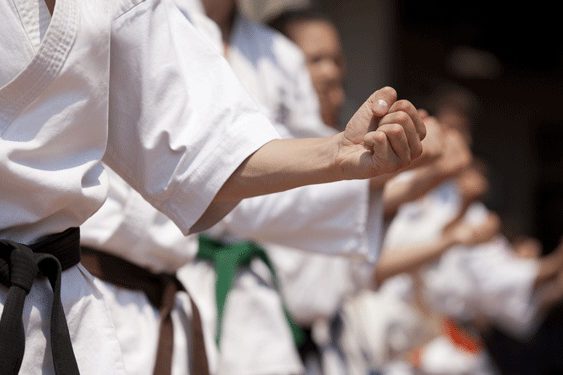 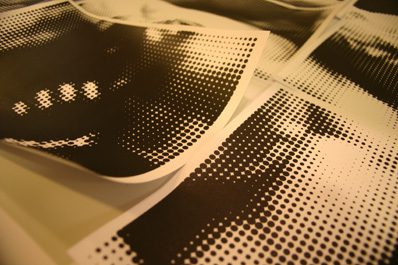