The other day I headed to the local Sumo arena, just to look around a little. Usually you will see about ten or fifteen kids (in Sumo outfits), screaming and wrestling with each other.

If you are wondering: They’re not all fat, but some are.

Anyway, there wasn’t any practice scheduled that day so I sneaked down to their secret underground practice area. As I walked deeper and deeper into the Sumo dungeon, I noticed something strange…

A wooden post that was cut off at the top.

I took a picture: 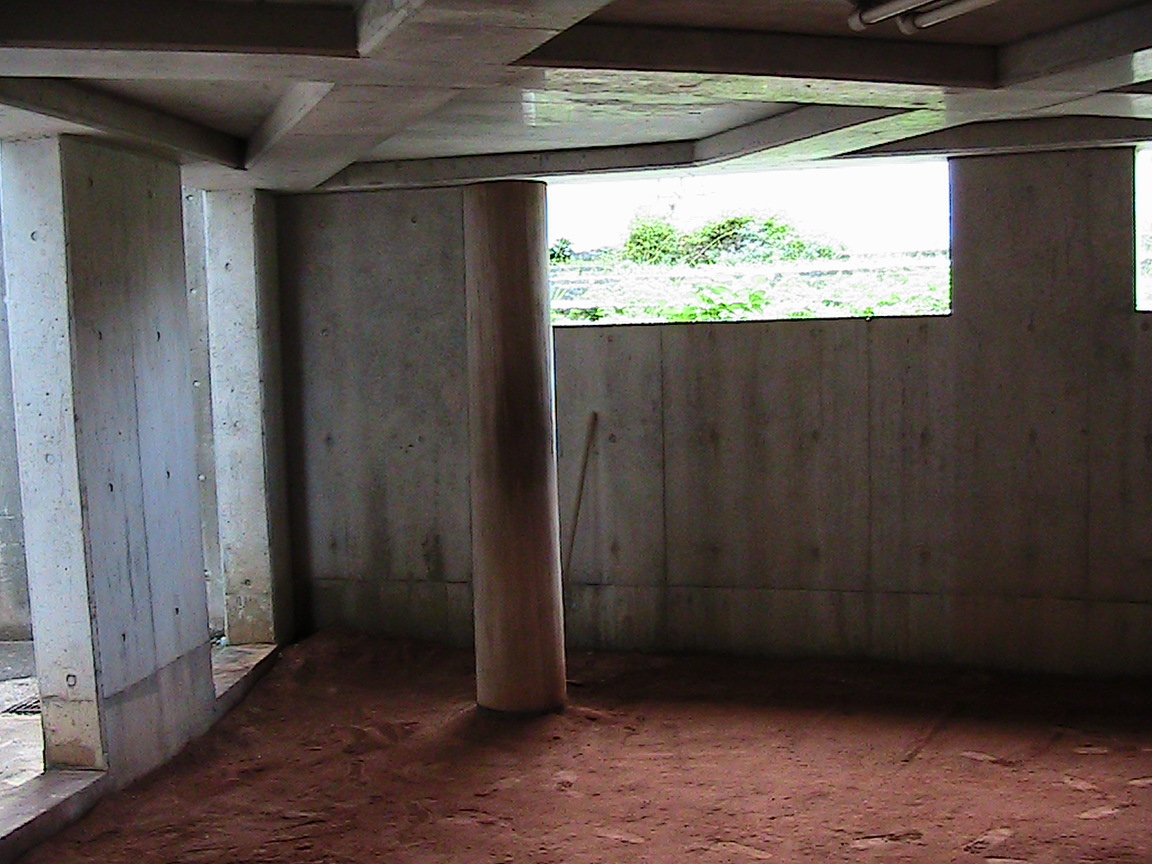 Now, if a wooden post is supposed to support the structure of the building, why would anyone cut it off? Sabotage? A trap? I don’t know.

So I decided to explore some more.

As I sneaked closer, I noticed something even more strange! 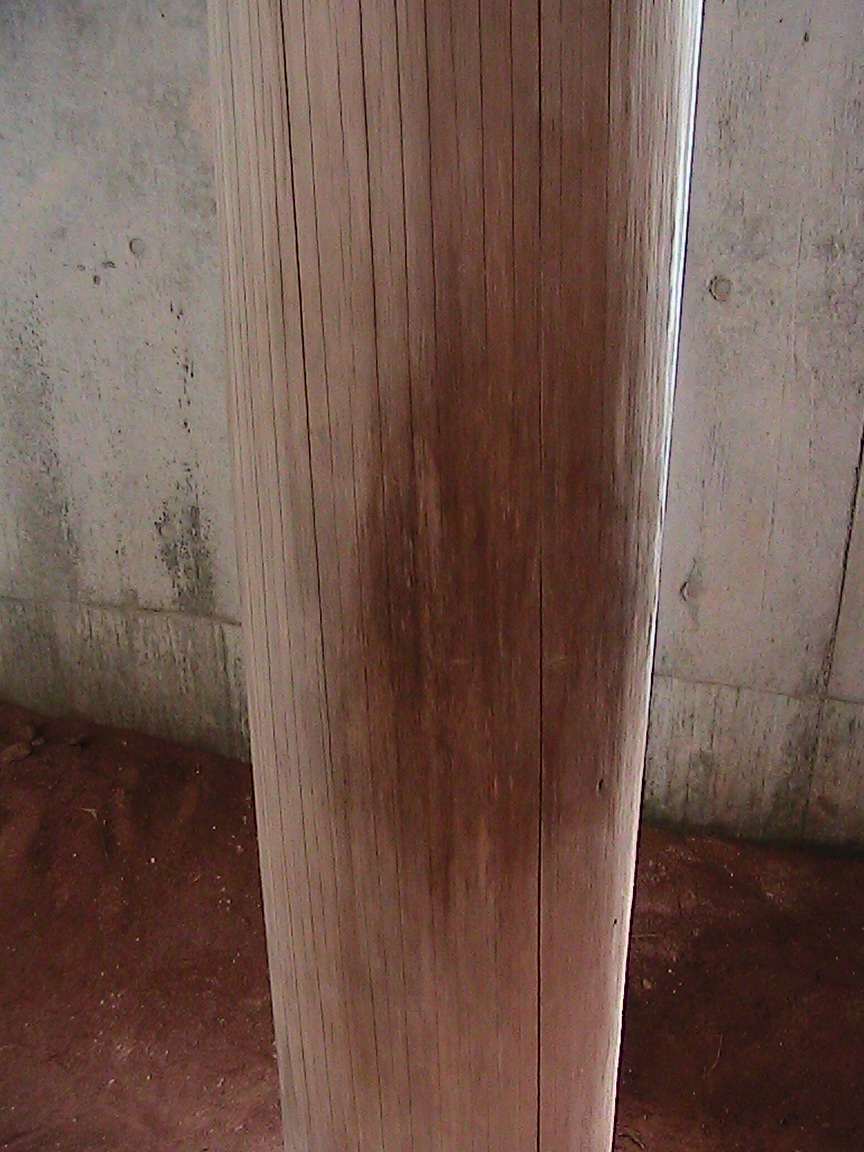 Judging from the marks, somebody has been hitting this wooden post… That’s when it dawned upon me:

This is a “Sumo makiwara!”.

For those of you that don’t know what a makiwara is, here is a picture: 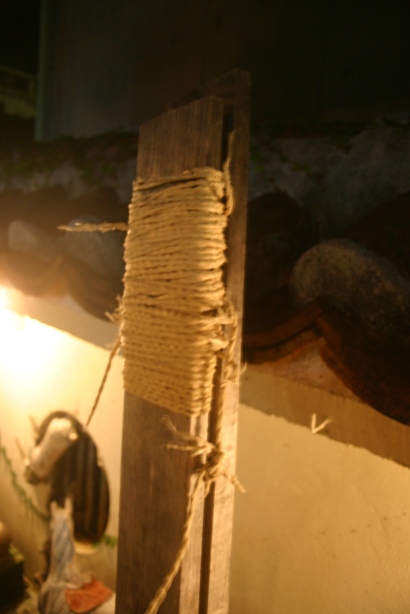 This makiwara stands in the garden of the main dojo I practice in. As you can see, it is simply a wooden board with straw (wara) wrapped around (maki) it. Hence the name, makiwara. This is the old model. We also have the newer wall mounted makiwara, as in this picture: 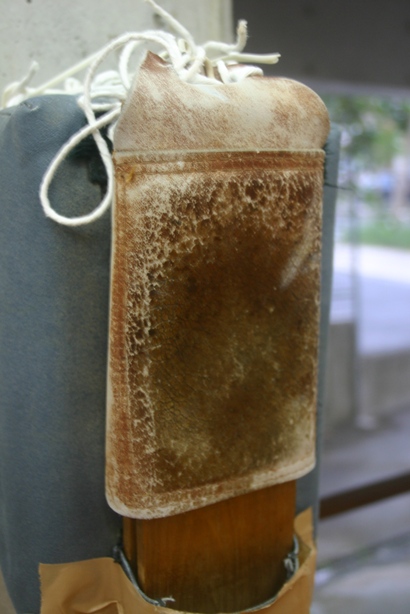 Believe me when I say that you don’t want to see the knuckles of the man who owns this makiwara. Those nightmares still hunt me…

Anyway, that’s the two most common makiwara you will encounter if you train Karate. Now back to the Sumo version.

“But you are not allowed to punch in Sumo” somebody might say. Yes that’s true. But… you are allowed to do palm strikes! So they practice palm strikes on that wooden post!

That got me thinking… if Sumo wrestlers practice with a dummy, what other Martial arts (other than Karate) use a striking post/dummy? What a stupid question. In ten seconds I came up with about every Martial art that exists.

Here are some examples: 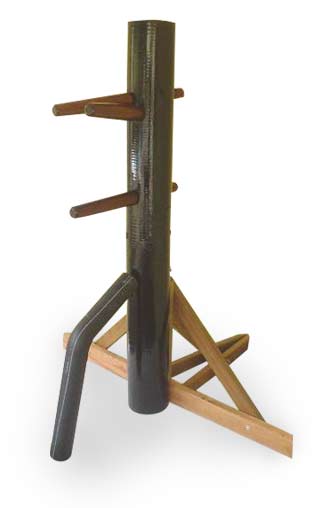 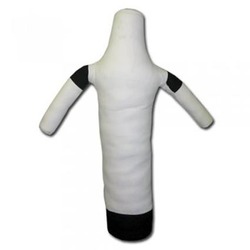 3. Kyudo (the Japanese art of shooting with the bow). 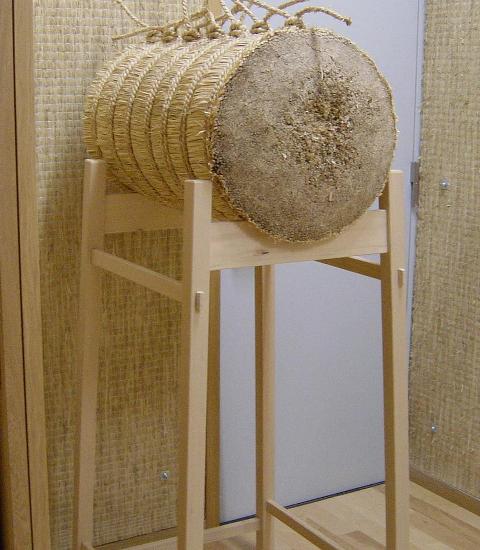 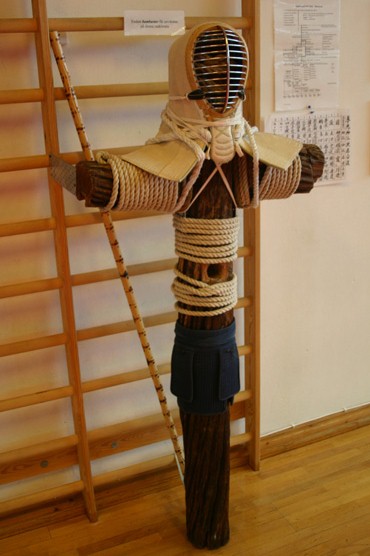 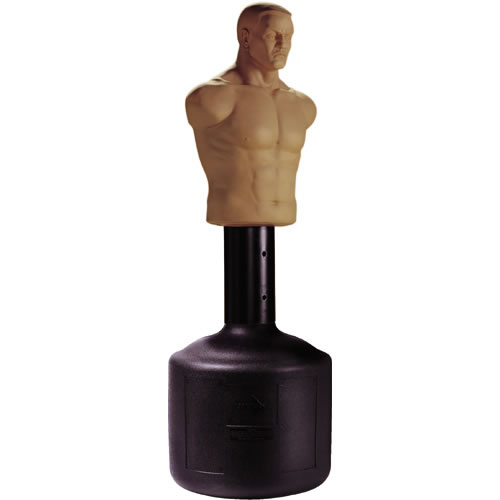 So, as you see, Karate is not unique in this sense. All Martial arts seem to have the need for striking/punching/grappling/kicking something other than air or a live person.

But why? What do you get from a makiwara that “punching in the air” or “punching your friend” doesn’t give you?

Well, first of all, if you punch your friend, you won’t have any friends anymore. So for that reason you may want to punch a makiwara instead. Other benefits of using a makiwara are for example:

Now, despite these obvious benefits of using a makiwara (especially #4), there are people who say that makiwara training is bad! Everything from increasing the chance of arthritis in the hands to crippling them all together.

Yes, that can happen. I know Karate masters here in Okinawa that have had surgery to remove big chunks of cartilage from their knuckles.

“The trainee should be very careful not to give into the youthful enthusiasm to strike the board either without plan or with too much strength. Overtraining can not only injure the knuckles, sometimes permanently, but it may occasionally be the cause of diseases of the internal organs.”

That said, I hope you find time and energy to use the makiwara. Even if you don’t use it daily, you will learn a lot. I’ll give you another quote just to be on the safe side. This is a good one:

“One whose spirit and mental strength have been strengthened […] with a never-say-die attitude should find no challenge too great to handle. One who has undergone long years of physical pain and mental agony to learn one punch, one kick should be able to face any task, no matter how difficult, and carry it through to the end.

A person like this can truly be said to have learnt karate.”

And what better way to endure “physical pain and mental agony” than to pound the makiwara? 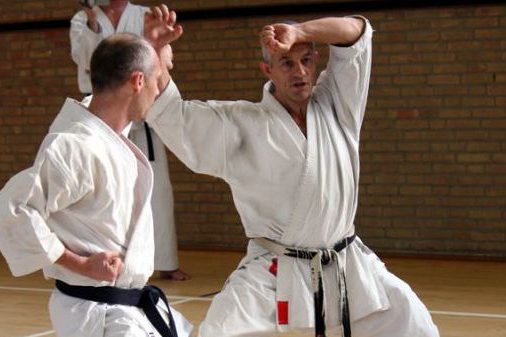 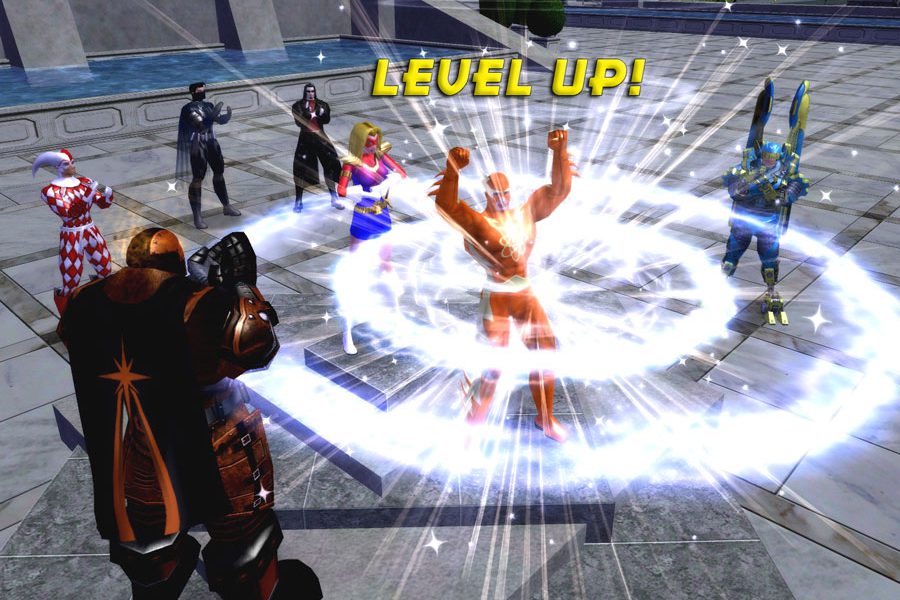 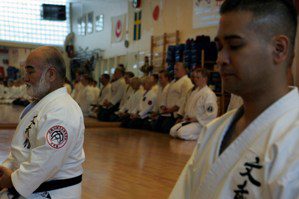