It was one of the most stinging verbal slaps I’d ever received.

And I loved it.

To make a long story short, I was sitting at a café in Athens a couple of years back, in an attempt to combine pleasure with pain (Karate with vacation, yes, in that order), when my local contact – a real old-school Okinawa Karate/Kobudo lady – corrected my naïve attempt at initiating a turn in our discussion towards the difference(s) between Japanese Karate and Okinawan Karate.

If I remember correctly, all I said was something like: “Well, considering the interesting differences between Okinawan Karate and Japanese…” and that’s about as far as I got on that sentence.

“NO! JESSE! STOP! STOP IT RIGHT THERE!” she suddenly screamed.

“Huh?” I replied, trying to hide my bafflement behind a cool smirk. “Stop? What do you mean ‘stop’? I was just talking about…” I tried to say, but she interrupted me again. “No! Yes, I know what you said. But it’s wrong. Because in Okinawa, there is no Okinawan Karate. There’s only [real] Karate, and Japanese Karate. There is no ‘Okinawan’ Karate. It’s just Karate!”

And I see if this might sound outlandish or uninteresting to some of you, but to me this was one of those moments where you really redefine your understanding of something. (Actually, when I think about it, I guess these kinds of moments are what I’m actively seeking twenty-four seven.)

Anyways, looking past the obvious lesson in the difference of viewpoint regarding Karate (and Kobudo too) when comparing Okinawa with mainland Japan; is there a more universal lesson from this verbal slap to be learned for all of us, that immensely hot Greek day a couple of years ago?

The “cultural landscape”, to put it fancier.

That is to say, the Ryukyuan/Okinawan culture (of which the general Japanese culture/society is mostly identical today, though some older parts differ). And if you ask me, this is perhaps one of the most unexplored aspects of Karate out there, partly because it doesn’t seem that important (but it is! What do you think got me to all these numerous crazy secret Karate spots in Okinawa in the first place?!), but mainly because it is so hard to grasp if you have no personal experience of it.

It’s kind of like weightlifting. You can’t suddenly deadlift 500 pounds by reading about it in a book, right? You need to do it yourself.

But… though you can’t get full understanding through the written medium, you can always learn details and pointers!

So, to give you a swift kick in the ass on the road of Karate enlightenment, here’s what I’ve decided to share with you today: “The 3 C’s of the Japanese Language”. As taught to me by a very wise man, many moons ago.

Because, if there’s one thing that’s guaranteed to get you into the metaphorical pants of any Okinawan/Japanese Karate master, it’s definitely flashing your Japanese lingo skills.

And the good thing is, you don’t even need to be able to speak Japanese to use this. You can say whatever you want.

It’s all about acting.

So sit down, open your mind and take notes.

Here’s what you need to know about becoming a master in manipulating the Japanese language in order to open the gates of Karate knowledge.

The 3 C’s of Japanese

Okay, so the first thing you need to learn is how to act cold.

Cold as in emotionless, that is.

You see, unless you want to come across as an obvious gaijin ignoramus, public display of true emotions is considered a big taboo in the Japanese society. Remember “The Smile“? Yeah. That was just the beginning.

So what you need to do right now is bring out your inner Fedor Emilianenko, and just let that no-nonsense, braindead, dead-fish-like coldness out there. You literally need to make dr. Frankensteins monster seem like a cool dude to party with, when compared to you.

To test your coldness skills, try saying a simple word like “arigato” (are-ee-gaw-toeh, meaning “thanks”) to yourself a couple of times, keeping in mind the important points above. Gradually increase the amount of coldness to really experience the difference in Japaneseness.

That was an interview with a Japanese electro pop band btw.

So, you’ve got that coldness down?

Now you need to combine it with the next ingredient, which happens to be… confusion.

“What? Who? Me? When? Now? Where? Here? Why?” These are the kind of thought patterns you must nurture like your own freaky Japanese child in order to truly master the art of confusion.

To put it bluntly, your entire being must constantly convey the message that you are never certain of anything.

So get that subtle confusion juice flowing.

Also, perhaps most importantly, to truly cut to the core when it comes to appearing confused:

To test your confusion skills, try saying “arigato” (are-ee-gaw-toeh) again to yourself, keeping in mind the important points above, as well as being cold at the same time. Becomes a bit harder, right?

Here’s an everyday examples of subtle confusion, for inspiration:

You feel like you’ve done it all. To use an Arnold Schwarzenegger metaphor, you’ve managed to successfully combine the coldness of The Terminator with the confusion of The Governator. Japanese Karate masters all over the world are slowly beginning to trust you and almost accept you as one of their own…

Because one thing is still missing.

It’s time for you to kick it up a notch.

(For you non-English speaking Karate nerds, “constipated” basically means that you have some… umm… “problems” with your stomach, like… of the “harder” kind, you know?)

So, what you need to do now is to unify coldness, confusion and constipation in a (kind of pervert when I think about it) holy trinity of Japaneseness, to once and for all rid your Japanese friends of any last doubts they might still have lingering in their minds about your non-gaijinness.

So here’s what you need to do: Act as if you have eaten something really weird and are now awfully constipated.

While remembering to keep it cold and confused at all times.

To test your constipation skills, try saying “arigato” (are-ee-gaw-toeh) a third time loudly now, to really get the feel for this point. Really feeeeel the constipation running through you. And remember to keep the lessons you learned from cold and confused intact.

It’s all in the eyebrows…

You are now officially entitled to extract whatever enigmatic Karate secrets you need from any Japanese master in the world, no matter what language you speak – as long as you don’t stray from the path of the Triple C.

It’s all in the details. 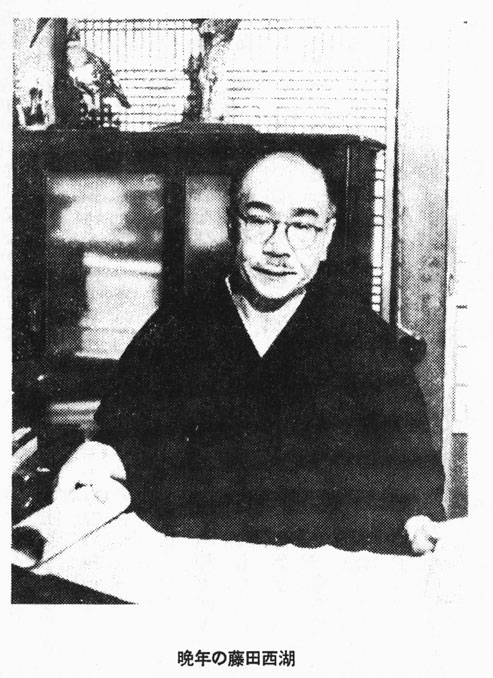 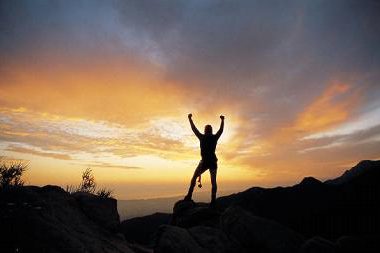