Some might call me evil, but I don’t care.

If a kid screams and misbehaves during Karate class, I will have no hesitations about sending him (it’s most often a him) head first out of the dojo. This is easiest done by carrying them out by the practical handle around their waist (obi), wading through the other, terrified, children with the free hand. “Watch out, bad boy coming through!”

I don’t have to do it often though.

But sometimes, to set an example.

The message is simple. If you can’t behave in class (like listen to instructions, avoid screaming, refrain from chewing on your friends belt etc.), you get kicked out. I never yell, scream or get angry; that’s not my steez. I just carry them out. It always works, because when you are on the outside looking in at the rest of the people having fun… you feel lonely.

And that was not your goal, was it?

The same applies for adults too.

Except they are harder to carry out by their belts. Luckily, they always walk out themselves. Except the last one, who ran. All he left behind were some explicit curses and a loud slamming door. Needless to say, he never returned.

(Well, he did actually return a couple of weeks later to apologize.)

Sure, I can see if you think I’m running a frickin’ Auswitch in my dojo. It is a bit evil to throw people out of class. However, is it more evil to the rest of the class for not sending people out? I think so. All of them have paid for 1,5

hours of quality time, and if one or two people can’t agree with that, well, they mistook me for somebody else.

The 80/20 rule, or Pareto principle as its fancy name goes (also known as the “law of the vital few” and the “principle of factor sparsity”) basically states that a majority of the effects (around 80%) come from a minority of the causes (around 20%).

Because it can be applied to basically anything.

From the beginning it was all about business and economy though. For instance; 80% of the world’s money is owned by 20% of the world’s population. Another easy example; 80% of your income comes from 20% of your clients. Also, regarding health care; 20% of patients use 80% of health care resources. About crime; 80% of crimes are committed by 20% of criminals. You see the point, I hope.

The 80/20 rule can be applied in all kinds of fields, from economics to sports to criminology.

So, with that being said, how can you apply the Pareto principle (80/20 rule) to more practical situations regarding your own personal growth and development? Not all of us have obnoxious kids to care about, right? However, all of us have our own training to care about for sure. I know you do, or else you wouldn’t be here.

Using the three K’s of Karate (kata, kumite, kihon), let’s see what we can do. Your opponent is totally demolishing you, pounding away with tremendous left hooks and crisp spinning hook kicks, as you gradually retreat to a corner of the dojo, eagerly waiting for your sensei to yell “change partners!”.

But it’s not coming.

Time is ticking away, the wall is near your back, and any second now you are going to be extremely overwhelmed by your mad opponent. It seems you have only one last resort.

Your opponent’s eyes pop out a couple of inches as your right fist buries itself deep into his intestines. “Hey, is that a liver?” you think as you screw your fist of fury deeper into your opponent’s flabby excuse for a stomach. “SPLAT!”, your opponent flies back and lands on the floor with a thud, as you brush your shoulders off, like “Okay, who’s next?”

And it didn’t even take any effort.

Because in the last moment you relied on one of the 20% of techniques that have always stood for 80% of your kumite success. The gyaku-zuki. The other techniques are probably a mawashi-geri, or maybe a mae-geri or yoko (sokuto)-geri. Or perhaps a nagashi-zuki?

We all have them.

Whoever you are, 20% of your kumite techniques stand for 80% of opponents defeated, points taken, ribs broken and feelings hurt.

They are the techniques we fall back on when the proverbial excrement makes physical contact with a hydro-electric powered oscillating air current distribution device known as fan. When we feel lazy, or under pressure (when our minds lock).

Sure, you might want to try an axe kick or spinning backfist, but we all know that when that doesn’t work (you didn’t really believe it would work yourself, did you?) you will unevitably always fall back to your beloved gyaku-zuki and mawashi-geri. Or whatever technique (most often it’s a simple combination) you do.

So, my advice is the following: Try to widen the scope. Try to expand your spectrum, and incorporate new techniques even though they feel awkward and clumsy at first. It’s okay to lose every single fight (as long as it’s not on the street, amigo!) if that’s what it takes for you to take your kumite game to the next level.

Mix it up and try to learn new stuff. Dust off that “The 100 Deadliest Moves in Karate” book that’s sitting on your shelf, use Youtube, kumite DVD’s or just ask your sensei. Whatever it takes.

The harder your opponents will have.

“Show me your Kobudo” I was told.

Standing on the wet grass in front of me, in the pitch black night of Naha, Okinawa, the master asked me to “show him my Kobudo”. It was an unofficial initiation ceremony, a rite of passage, to see if I was “worthy” of learning and passing along my sensei’s family teachings.

Pondering on if I should wack him in his head or his “dumplings”, I quickly changed my mind when he said that he was referring to kata!

In other words: show me you skills = show me a kata.

And that’s the way it has always been, frankly. From centuries ago in China; where traveling troops of Kung-fu performers would do flashy hsing/xing/quan (kata) on stages for money (the flashier, the more money!), to today’s spotless tournament kata performances seen around the world stages. A kata is a show of skills.

It can’t be denied.

Watching somebody kick and punch in the air is an easy way for everyone to determine their skill level, even though they might have no clue what to do with these “skills” in a real physical altercation. But that’s not the point. We want to see if they have control over their bodies, if they know when to switch between softness and hardness, relaxation and power, expansion and contraction. We want to see that they have correct alignment of their limbs, and that they know how to use all the right angles and movements for optimal (potentially) deadly output.

We want to see their spirit.

No matter if you’re performing your kata in front of a black belt grading panel or competing in a world class tournament, a beautifully executed kata can make or break you future – depending on how beautifully you execute it.

And that’s when you need to remember that 20 % of the moves in your kata stand for 80% of the memory (or, more correctly, impression) your audience has of your performance.

So work on those.

Most likely these 20% will be spread over the beginning of the kata (remember what you mom told you about “a first impression”?), the kiai points (big peaks on the impression curve, since it combines visual and auditory input) and the end of the kata (last impression lasts).

No matter how good the rest of your kata is, these 20% of will be remembered, and taken into consideration, more than the rest of your performance – and will most likely stand for around 80% of the evaluation of your kata. In other words, what you need to do is to identify these 20% moves and make them pop like never before.

It’s all about catching your onlooker’s attention…

And holding it tight to the very end. 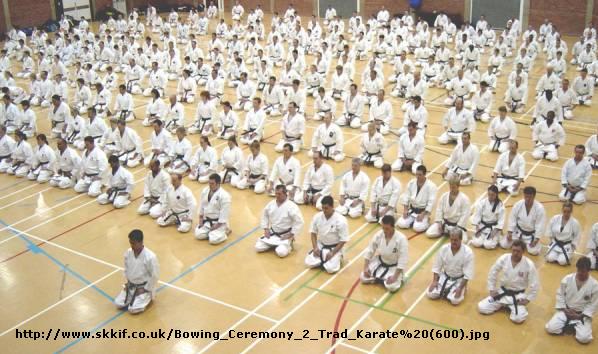 You’ve heard it a thousand times before.

Or maybe it’s “Keep your elbows in! Shoulders down! Sink your weight!”?

Those small – but utterly important – pieces of advice that your sensei/sempai/“friends” have been giving you for years. But you’ve never acted on them. You always seem to remember it right after you’ve made the mistake, and that’s when you already know that somebody is going to point it out any second now.

Just like the Pareto principle tells us, 20% of “forgotten” details stand for 80% of mistakes in your Karate. For example, a simple lack of proper fixation (kime!) of your knees in zenkutsu-dachi seems like a small problem, right? Nothing to worry about, right?

Zenkutsu-dachi appears in basically every (80%>) major Karate kata, which means that a small detail screws up your whole Karate. The same can be said of all these “trife” details, from not raising your shoulders to keeping your elbows in and rooting your stance et cetera. Your sensei can fill you in on the rest. These things might seem silly, but they are things that are meant to be trained away and polished during kihon training.

That’s the purpose of kihon.

These tiny details stand for 80% of the mistakes you do, in everything.

In fact, 20% of the words I just wrote stand for 80% of your impression of this article!

The possibilities are endless. 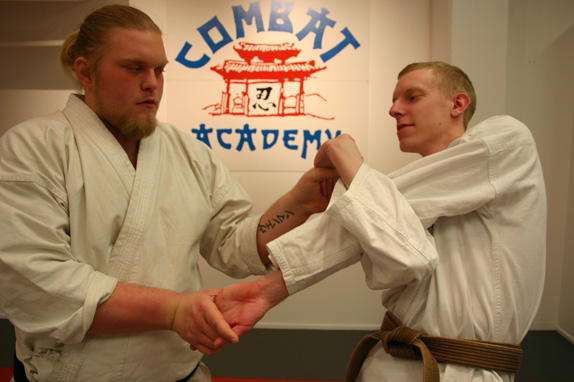 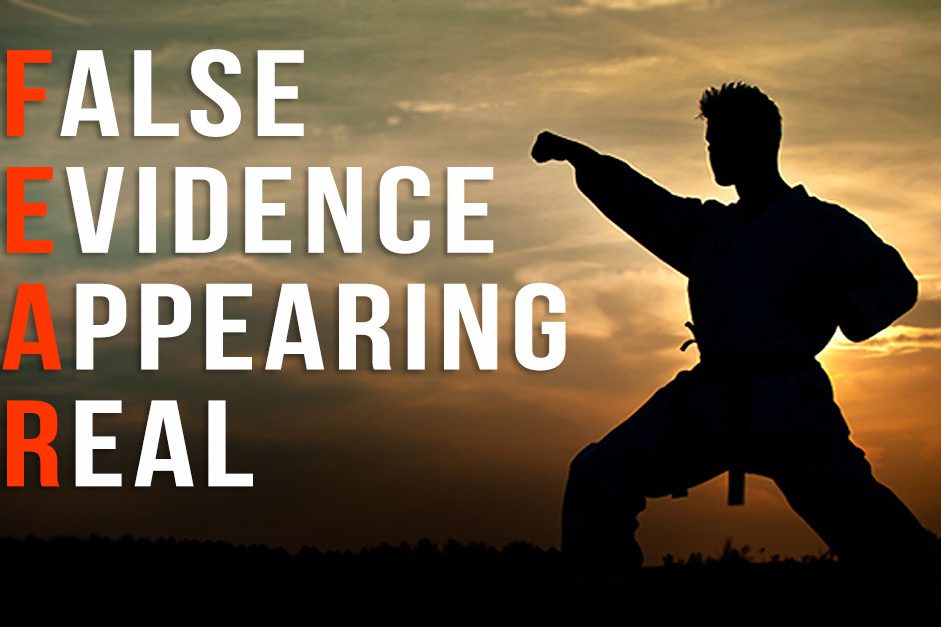 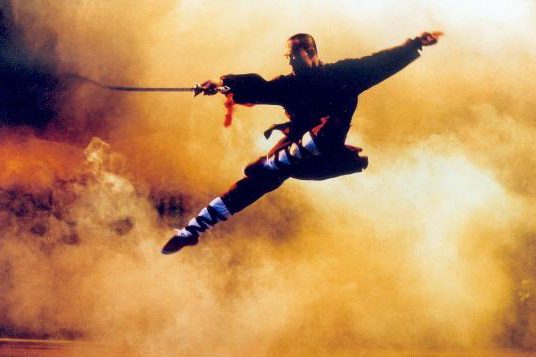