I woke up with a bang.

I was supposed to meet my Okinawan source in front of the guest house in 10 minutes, so there was no time to waste. I dive rolled from the bed into a clean t-shirt, ninja flipped back to a pair of fresh shorts, packed my backpack with my Karate Nerd Starter Kit™ (camera, notepad, pen and emergency nunchaku) before finally busting the door open to the kitchen where I downed a liquid breakfast faster than you can say “kururunfa” fifteen times in a row.

This was going to be an epic day, and I needed to be totally ready.

Rush out the front door.

Slide down the stairs.

My secret Karate contact was waiting in his car with the AC on max, sipping some ice coffee. (He always tells me it makes him “relax” somehow, but I can’t understand it – I thought caffeine had the opposite effect?! Whatever.)

I open the car door with a swift crane kick, judo chop my friend in the neck and reverse punch my backpack to the rear seat, before assuming a perfect seiza position.

And off we drove.

As we drove through the shady backstreets of Naha, sun rising in the horizon, I couldn’t help b…. whoah, hold on. Wait a minute. Rewind.

I didn’t even tell you where we’re going, did I?

Hmm…. forget it. I don’t want to spoil the surprise. I’ll tell you when we get there, okay? The headline already says too much. Let’s just say it’s a really nerdy Karate place, for sure. I mean, who wakes up this early on his free day?

Anyways, we were now on the highway.

The discussion turned to all kinds of Karate stuff, as always. My secret connection was surprised by the number of strange kata he had seen on Youtube lately (he just discovered the internet by the way), and he had no idea there were so many versions of the “Okinawan” kata outside of Okinawa! So he asks me, since he knows I travel a lot, if I’ve seen these “ancient” kata, and what their history is.

Now, let’s get one thing straight: This guy has seen it all. I mean, like, seriously everything. Name the most obscure, small, secret, hidden, guarded, forgotten family style of Okinawan karate, and he knows it. Heck, he has probably even practised it!

Yet, his naivité when it comes to Youtube-jutsu makes me giggle.

He actually thinks there are thousands of secret, authentic, kata outside of Okinawa that he has never seen – and he sorta feels like a loser when he’s browsing Youtube for not knowing them.

“Dude… I’m telling you, 90% of those Youtube katas are created by people who made up their own styles, own ranks and own organizations. They’re definitely not some lost ancient kata that you don’t know about. Please, don’t worry!”

“Really? Why? What is wrong with real Okinawan Karate? Why do they make up their own kata? That’s strange.”

We turn off the highway.

We drive past it.

My caffeinated driver tells me this area is famous for its practical Kobudo. Before the three parts (Nanzan, Chuzan and Hokusan) of the old Ryukyu Kingdom were united into modern day Okinawa, this place used to be a border between two of the smaller kingdoms, thus loads of small castles and weapons have been found in archaeological excavations around this whole area.

So naturally, a lot of martial arts were practised around here.

And as we continue to drive past more obscure dojos and castles, my driver telling me more stories, it becomes gradually clearer what a big part the geography and history plays in the evolution of the fighting arts.

“Here was a fishing port, from here comes this eiku (oar) kata.”

“Here was the place were the first Chinese traders came, so the bo-jutsu of this village is very unusual compared to our modern Karate (body dynamics) influenced Kobudo”

“Here the ground is really moist, so they used to grow huge amounts of rice in this area, which was as valuable as gold in those days – so a lot of guards were working here, making this place famous for its spear techniques.”

There are almost no clouds in the sky. The sun is scorching hot, and the cicadas are beginning to screech.

I guess if I had to hang in a tree in this heat I would probably screech too.

I snapped a photo. 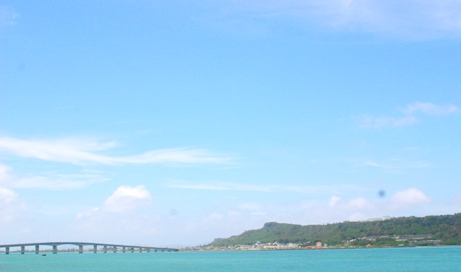 Finally, we approach a small village located on a tiny island.

The streets are really narrow here, and you can definitely tell they were made before cars were ever thought of. Big stone walls surrounds the jungle (garden) of every residence, a sign that privacy is important to the people living here.

The streets get narrower the further we drive, until it suddenly opens up to a big fishing port on the other side of the island.

Fishermen are already working on getting their daily bread.

We stop the car.

In Japan you can’t visit someone without bringing a gift, especially if you’ve never met the person in question, so we buy some fresh tempura made by an old lady and her daughter. We bought some for ourselves too.

Fish tempura, to be exact.

I can’t decide if I like the taste or the view better. 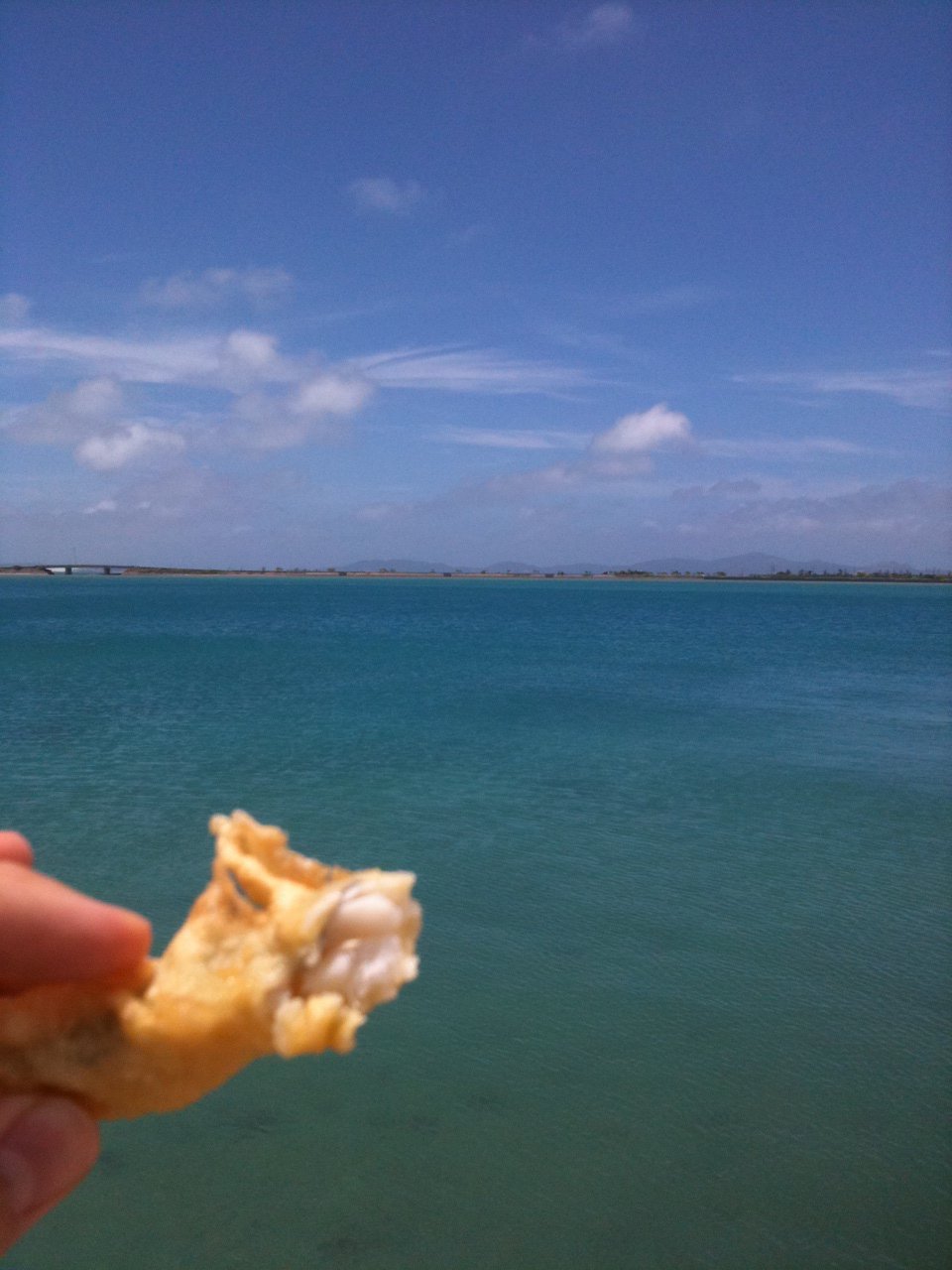 We jump in the car and head off again.

My driver is a little uncertain about where exactly this super nerdy Karate place is located, since it was such a long time ago he was here last time, but after ten minutes of slowly zig-zagging through narrow alleys we finally find the house.

It’s one of the bigger houses we’ve seen thus far. 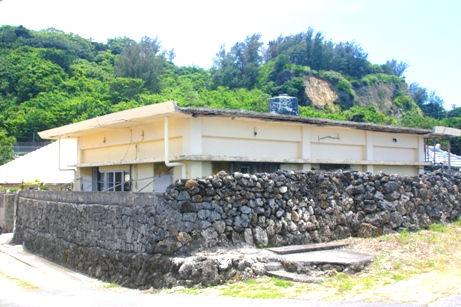 And then we sneak around to the entrance… carefully.

My partner peeks in through the gate and gently screams some hyper polite Japanese phrase, which literally translates to something along the lines of: “We’re so honorably sorry for being such disrespectful asses and intruding on the property of your holiness, please forgive our untolerable rudeness.”

He repeats it a couple of times. Standard procedure.

I tell him to step aside – this needs to be handled by a pro. Dusting my shoulders off, popping my collar, I slowly start to moonwalk through the gate… 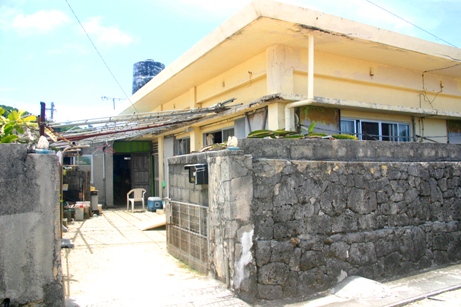 That’s when I see him.

“Whoah, look! Somebody is in there! An old man is watching TV or something, I can see it through the curtains!”

That’s why he didn’t hear my friend screaming – the TV was on!

Turns out that the reason the old man in the house didn’t hear us was because he’s practically stone deaf!

We knock on the sliding door and wave through the window a couple of times. The old man, whose name was Aragaki, doesn’t look pleased at all.

Especially not when looking at me.

The last time he saw a foreigner he was probably holding a rifle.

But we are finally allowed entrance, or at least that’s how we interpreted Aragaki-san’s lifeless waving of his hand.

Numerous photos on the walls tells me this is a man who’s seen it all. Many pictures are from the horrible war, and its aftermath. Aragaki san mumbles something, probably trying to figure out why the heck we’re bursting in on him while he’s trying to watch TV, and my friend shouts his reply five times before Aragaki-san tells us to… leave immediately.

He wants us to leave. Do like the tree, and leave. What we came for is not interesting to him, and he sure as hell doesn’t understand how we can be interested in it either. Now, if we could just back out again, he wants to watch TV alone, please.

I turn to my friend.

“Man, we can’t leave! I woke up way too early for this! Quick, give him the tempura, perhaps that’ll make him happy?!”

My friend promptly hands over the tempura gift, and grumpy old Aragaki-san tells him to put it on the floor behind the armchair.

I try to keep my eyes away from the creepy big crab stuffed on the wall. 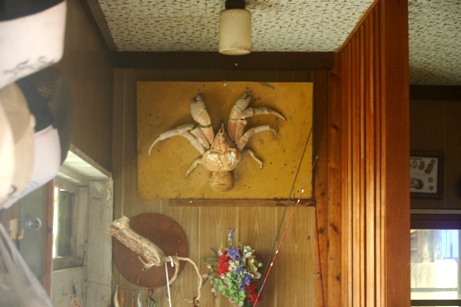 “Excuse me, sorry, but if we only look, and don’t touch, would that be okay?” my friend asks in the most super polite Japanese he can muster, while bowing deeply at least twenty-five times. And then some.

It was a masterful display of the 3 C’s of Japanese, I assure you.

Aragaki-san finally flicks his hand in the air, without taking his eyes off the TV screen, and we take it as a yes.

That’s when we approach the object we came all the way here to admire. 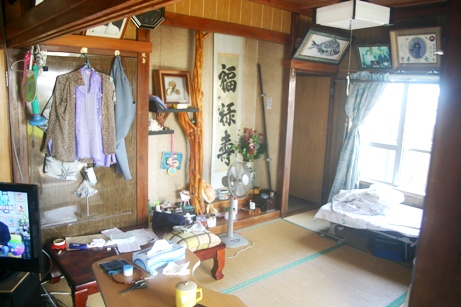 The bo staff of Matsumura Sokon.

Yup. You heard me.

The actual bo used by “Bushi” Matsumura himself.

Can you see it, in the back there?

Nicknamed “Bushi”, the “Warrior”, by the old king of Okinawa, Matsumura is one of the most legendary names in the history of Karate you’ll ever come across. Indeed, his list of students read as a “Who’s Who” of Karate pioneers, and most of the kata we practise today (mainly in the Shuri-te and Tomari-te stream) were in fact handed down by Matsumura.

This is the place to be.

And here I was.

Standing in front of Matsumura’s bo (or so we are to believe).

You see, Aragaki-san is no regular old grumpy Japanese TV gameshow-loving grandpa. He is actually a direct descendant of Matsumura’s lover’s family.

And this bo was handed down to him from his grandfather’s father.

Which makes it over 200 years old!

This was something truly exceptional. That a bo can be in this good shape after 200 years of use is remarkable (he even used it until last year, when he for some reason decided to mount it to the wall).

And sure, I’ve seen some famous bo in my day, including Oshiro Chojo’s and Yabiku Moden’s (the teacher of Taira Shinken) bo. They were quite interesting in their own ways.

This was easily the thickest and sturdies of them all though. 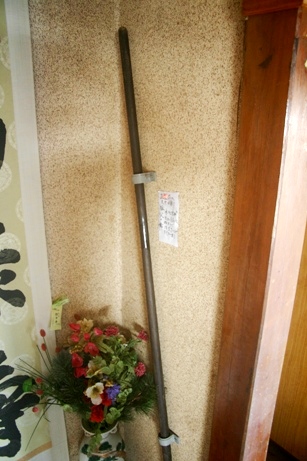 The picture is too dark to properly show this, but the bo was actually hexagonal in both ends!

Round in the middle… hexagonal in the ends.

Imagine the force you receive (spread on a smaller surface) when being struck by a hexagonal bo, compared to a round one.

Needless to say, I’ve never seen such a bo before in my life, and if this was the norm ‘back in the days’ I’m surprised why it hasn’t survived to our modern bo styles.

Perhaps old Aragaki-san just carved it himself, who knows?

Or perhaps it was simply too dangerous for mass production.

All I know is that the first thing I’m going to do when I get back home is to make me an exact copy. Or two… hehe.

Anyway, to make a long story shorter, when we finally left Aragaki-san alone with his TV that hot day last week, after painfully interviewing him some more, I could yet again tick off another box on my ‘freaky Karate things to see before I die’ -list.

Well, this would have been on the Kobudo list, I suppose.

After that it was simply a question of chilling on the beach, chasing evil crabs, eating some weird Okinawan food and later practising some secret kobudo stuff at night, before crawling back to my guest house to plan more awesome Karate adventures and projects for the future.

You guys have no idea what I’m up to…

All in all, just another day in the life of a Karate nerd.

A good one, at that. 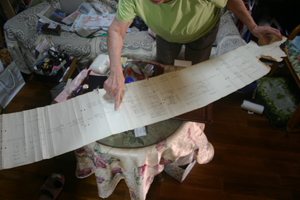 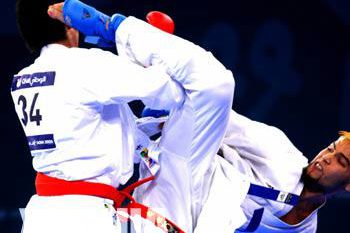 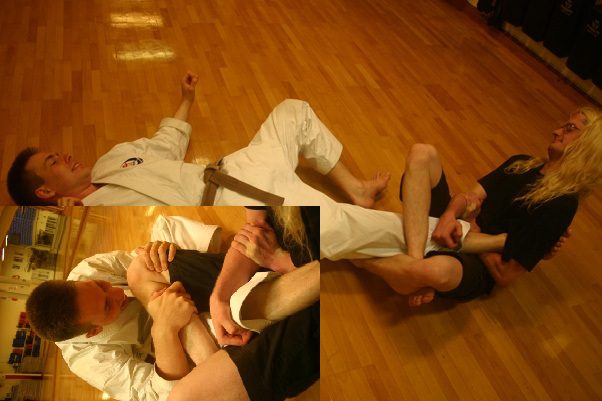 Sensei Dracula And The Most Effective Submission Escape Ever