“Body Type Karate” And Why It Doesn’t Exist

There’s a pretty widespread theory in Karate these days that you should choose your ‘waza’ (techniques) or kata depending on your body type.

Like, depending on if you’re stocky, thin, fat, strong, tall, slim and so on, you will theoretically need to choose different things to practise, since not every move is suited to your unique physique.

For instance, after consulting sensei Google, I found the following random quotes:

“Oddly enough, Seipai doesn’t fit my body type at all […]”

“Shorei-ryu karate is suitable for people of large build.”

“The combative sequence of […] kata lend themselves to multiple applications depending upon the person and their attributes.”

And my favorite one:

“…the OKINAWAN masters taught different kata to different people based on ability and body type . There are “big man kata” suited to heavier types and “general kata” which are suited to most builds…”

Of course there are.

And then my Rubik’s cube fell down from my desk and completed itself on its way down.

Dewd… I don’t even know where to begin.

Who spreads these kinds of ideas?

As they say, “your mileage may vary”, but in my world; Karate was originally developed for civil, mainly unarmed, self-defense. And the only real evidence (artifacts?) we have left of this – from that time – is kata, which can be seen as some kind of physical manifestation of the mindframe and thinking that once laid the foundation of the art we’re all enthusiastically practising.

There is little question about that.

So then, using that as our starting point, think about this:

Sucessfull self-defense relies on being able to defend oneself against a physically superior person.

That’s the basic idea, right? Therefore you assume that your opponent will always be bigger, stronger, have a higher treshold of pain, be quicker, tougher and more aggressive. Because if he/she isn’t, then you wouldn’t be needing much self-defense in the first place. Better safe than sorry, right?

It goes without saying that if you are already physically superior to everyone around you, you wouldn’t waste your time learning to defend against stronger and bigger people because, well, there aren’t that many of those around. And if there were, they would pick on smaller people.

Karate was primarily developed for regular (at best), perhaps even weak, people.

Because these are the ones most likely to need it in the first place!

Now that we’ve got that historical junk out of the way, let me pose a quick question: Have you ever heard of the Zen saying “the obstacle is the path”?

Then let’s start applying it.

Ignoring, or avoiding certain techniques or kata because they “do not suit my body type” is like choosing to build a house with only a hammer and a screwdriver, because those are the tools that “fit your body type”. Makes no sense, does it?

To sucessfully build a house you will have to master a wide selection of tools, ranging from the familiar (hammers and screwdrivers) to the more unfamiliar (chainsaws and drills) – and surprise, surprise – the same goes for Karate. The problem is, most people are afraid of the unfamiliar.

But you will seldom have the “luxury” to choose what type of habitual act of physical violence (HAPV) you will have the “honor” of being assaulted with, which means that you gotta know ’em all, champ.

And I’m not talking Sport Karate at this point. In that case, fine, ditch some ugly kata where you have trouble looking good in favor of other, because the objective has changed. No problem. It’s all good. Do what you got to do.

But in the case of Karate’s original aims and means, you simply have neither the time nor the energy to waste, complaining that a certain technique or kata is useless because it “doesn’t fit my body type”.

I can just imagine people going:

“Look, that guy’s legs are sooo strong! He must be really good at the kata Seienchin!”

Well, did it ever occur to you that his legs are strong precisely because of his intense practise in that particular kata? In 9 times out of 10, that’s the case.

As a matter of fact,

And dismissing stuff that seems strenuous, brushing it off with some halfhearted line about your unfortunate body composition (which you “can’t even change, because you were born that way”) just makes it even more pathetic.

I will literally projectile vomit on the next person that comes to me and uses their age, size, strength or gender as an excuse for not learning, or being able to learn, whatever it is that they need to learn.

(Well, except for that last one – which definitely fits in on me. But then again, my abs are basically godlike.)

Yes, it is true that you can’t make a ruler straigher, but you are a human, flexible being. An ever-changing organism. You can get straighter. And stronger, and more flexible, and faster, and…

And the minute you let somebody have you believe a certain “body composition” decides whether or not you’re going to be good at something, then you’re forgetting that even Michael Jordan – one of the world’s best basketball players in history – was once cut out of his varsity basketball team because he was deemed too short to play.

And now he’s a legend.

Which reminds me of this awesome quote from Jordan sensei where he said:

I’ve missed more than 9000 shots in my career. I’ve lost almost 300 games. 26 times, I’ve been trusted to take the game winning shot and missed. I’ve failed over and over and over again in my life. And that is why I succeed.

In the end, what bugs me most about these “kata X was made for stocky people, kata Z was made for small people” type of statements isn’t the fact that they were created largely by people who once encountered some kind of obstacle/limitation themselves and chose to stop there rather than work through it, but the negative influence this has in other – more impressionable – Karate enthusiasts.

If you choose to suck, based on imaginary limits places upon yourself by none other than yourself, be my guest. But don’t try to make the rest of us follow your lead.

Because there is nothing in the realm of Karate that wasn’t made for everyone.

If you already are average Joe on steroids, good for you. Karate will often work even better for you, since you can now add a strength or size advantage to your arsenal.

If you’re not, don’t sweat it. Almost every Karate master in history, from Funakoshi to Miyagi, started out frail, weak or even sick when I think about it. Not being able to raise your leg above waist level is the least of your worries, believe me. 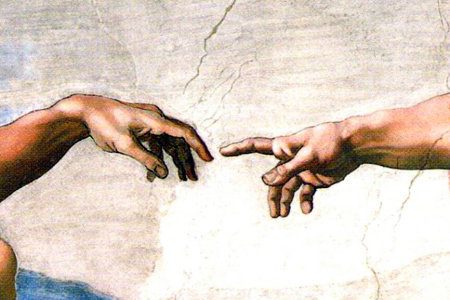 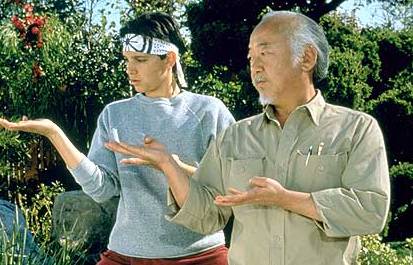 And You Thought Karate Was Hard?