For centuries, people thought the earth was flat.

People also thought the earth was the center of the universe.

Due to the social setting and cultural context in which Karate originated, the inquisitive mindset required for scientifical breakthrough has never been popularized in our art of Karate to any higher degree.

You see, here’s the thing:

For billions of years, people have thought that one of Karate’s most important secrets for maximizing power, speed and balance lies in using a specific body part.

According to “ancient traditions” in Karate, you should often…

Today, he’s here to tell you that the way most people use their heel in Karate is fundamentally foolish, possibly harmful, and above all; biomechanically wrong.

I got it all on video.

You see, last week I visited sensei Maurino’s international training camp (‘Karate Allstars’) in Italy for a fun-filled weekend of world-class hardcore training, and during a short break I decided to ask him about this specific topic.

Although many masters advocate it, to use the heel as pivot point or “almighty source of power” just didn’t feel right to me… no matter how much I practiced!

By combining his typical no-nonsense approach to Karate with the classic scientific method, adding some light-hearted humor in the mix, sensei Maurino delivered an awesome lesson on camera for me – just as in my previous interviews with him.

(Watch it twice to really follow his train of thought.)

Super thanks to Alex Timmi-san for filming!

Maurino sensei starts by pointing out that human beings have a limited range of optimal balance. He demonstrates this by swaying back and forth.

Using this observation as empirical backdrop, he poses a rhetorical question: Why is the distance between our ankle and toes longer than the distance between our ankle and heel? Maurino says that the main reason is balance. When we need more balance, we naturally lower our center of gravity – which shifts our downward pressure forward, moving our weight towards the front of the foot.

He continues by likening this concept to the biological mechanism of running. The human body is designed to run forward – not backwards. Hence, having your weight on the heels isn’t just unsound from a perspective of mechanical efficiency, but doesn’t make sense from an evolutionary perspective either.

Sensei Maurino then asks me if I’ll go skiing this winter. Somewhat surprised by his off-topic question, I reply “Yes!”, although I seriously hate skiing. It just hurts my feet. Anyway, he draws an analogy to skiing, explaining that you can’t keep your balance or turn if you stand straight on your heels when you ski. You need to exert downward pressure towards the front of your feet, as experienced skiers know. The point of this analogy is that skis are made for moving forward – just like the human body.

Next, sensei Maurino explains that when you bend your knees to exert correct pressure with your legs, your center of weight shifts forward; from your ankle towards the head of your metatarsus (ball of the foot). He asks me to imitate him, by bending my knees while trying to pivot on my heels. I successfully do it, but I’m trying to be a smartass and miss the real point of the exercise – since I’m not applying any pressure.

I ask if this depends on the height of one’s stance. Sensei Maurino says that all stances should be the same level – especially in Shotokan Karate.

I go on, by asking him why some Japanese masters, organizations and even world champions advocate the benefits of using the heel as pivot point.

Sensei Maurino initially replies that “you should ask them”, but then proceeds to give me an indirect answer: This is a biomechanical law that is very difficult for people to first understand – presumably even grandmasters and champions.

Many teachers used to tell him similar things in his youth, but today his scientific research has debunked many of those myths; including the notion that your rear heel must be fully grounded in order to maximize power in your punch, which is a misunderstanding of the fact that optimal power comes not from your heel, but from “the addition of you body’s rotating acceleration and linear acceleration”. This has been proved with force plates in studies across the world, and is independent of your heel. He demonstrates by punching me in the gut. I hold back a small tear, pretending it didn’t knock the wind out of me.

Lastly, sensei Maurino reiterates his original point by stating that you must maintain pressure on the balls of your feet at all times, or else your movement will be inefficient. He demonstrates the difference between a good and bad step, along with a flawless 360 degree rotation to really drive his point home.

He concludes by saying “It’s very important to understand this principle.”

We shake hands and I thank him for his time.

How have YOU been taught?

PS. If you want to be a Karate Nerd™ too, join us here. 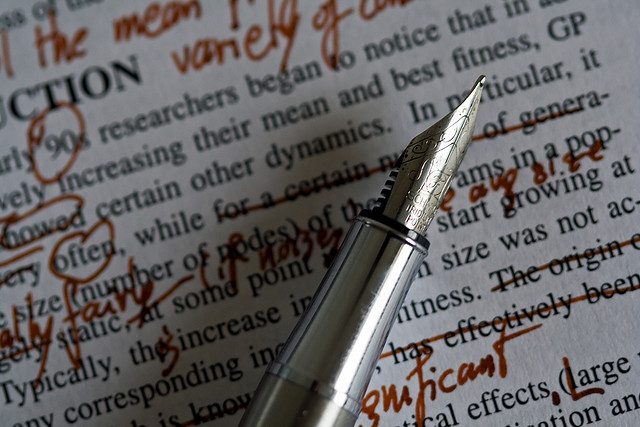 Understand The Textbooks of Karate – Empower Yourself