Well, he is a gentleman, and he does smoke a lot, and his hair seems pretty grey… but he is by no means ordinary.

This man is probably the last person you would ever want to mess with, especially if you’re one of those guys who think “kata is useless for self-defense” and/or serves as nothing more than “a pretty karate dance”. Believe me, Inoue sensei wouldn’t hesitate to promptly, yet respectfully, tear you a new asshole in two secs if he could just refrain himself from smiling and laughing (his two main characteristics) for a while. 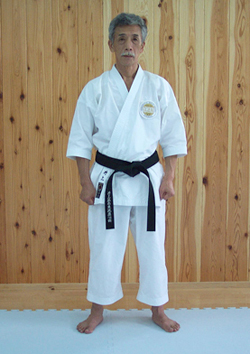 In other words, this guy has magic fingers.

And every dedicated Karate athlete he touches seems to jump to a new skill level in the blink of an eye.

But let’s rewind the tape a bit. Before I show you my four brand new videos (uploaded yesterday night!) of his awesome teachings, shot at an international seminar held this weekend, I think it’s important that we learn a little more about the man behind the teachings.

Soke Yoshimi Inoue (8th dan JKF) was born in 1946, in the small coastal village of Tottori, Japan (that’s on the west coast). He dabbled in other regular sports such as Judo and baseball at an earlier age, before eventually settling with Karate, which he taught himself after having bought a Karate book at the age of fifteen. After some time, as the Tottori University Karate Club got stronger, and Karate gained more followers, as soon as Inoue sensei finished high school he went to Osaka to look for the teacher he had read about in his beloved Karate book. The teacher was Teruo Hayashi, direct student of Mabuni Kenwa (founder of Shito-ryu). Inoue asked to be his student for about 6 months and was finally accepted as an uchi-deshi (personal student living in the dojo). He stayed there for 4 years; eating, breathing, living Karate.

To make a long story short, Inoue eventually had to return to Tottori, as his father had gotten sick. He got a day job to support his family… and at the same time opened his first dojo.

Which proved to be an epic move.

Success soon followed, and Inoue sensei became known for producing some of the finest kata specialists in the country (although he did a lot of kumite too in the beginning), with basically the whole national kata team under him for many years, giving individual coaching to legendary Karate-ka such as Ryoki Abe, Atsuko Wakai and the Hasegawa brothers.

Why? What makes him so special? Does he know something we don’t?

Well, I thought you should see for yourself.

I sincerely hope you learn something.

In this clip, Inoue sensei talks about how the individual movements of the shoulder and scapula (shoulder blade) are optimally connected in achieving maximum power and speed in arm techniques, through using the full range of movement coupled with proper relaxation and tension (what ultimately produces kime). As you see from his own physical demonstration, this is good stuff – that will take you far when you master it!

Have you ever noticed that Inoue sensei’s students refrain from making those awfully loud grunts and noises, as they execute their flawless kata? Well, the reason is simple: Inoue sensei totally despises that kind of “artificial” kata techniques, and advices you to stay completely silent (just breathe naturally) as you punch, block and kick your way to the gold. Why? It’s all about relaxing, not tensing your chest as you huff and puff (thereby changing your center of gravity). Additionally, stomping down for loud “action” effects when you step is not adviced. Why? Again, it’s all about relaxation (= balance = power output). See further explanation in the video below (featuring Antonio Diaz)!

As if you haven’t noticed it yet, Inoue sensei is big on the whole “relaxation” thing. This holds equally true for both arm and leg movements, as we see in this clip where he simply explains the best way for efficient moving (stepping front/back) in zenkutsu-dachi (front stance) through relaxing in the hip socket and knee joint (rather than kicking away with the back leg). As he said about a thousand times during the day: “You cannot fight gravity! Make gravity your friend!”. Sounds good to me. Obviously, the concept applies to all stances and movements, not just zenkutsu-dachi. Check it out (also featuring world champion Antonio Diaz!):

Lastly, we have the most important part. Why I saved this for last is because every great kata coach I have ever trained under (including Sakumoto Tsuguo in Okinawa) stressed that although kata is an individual performance, we must never forget the real meaning and intent of our movements (unless we want to end up like this guy!). Kata is a solo representation of a collection of defensive sequences (bunkai) meant to save your ass in a self-defense situation. That is the meaning of kata. And that is what you need to express.

So, with that last clip, I end this swift recap of a wonderfully informative seminar with Inoue Yoshimi sensei.

Hopefully, you just added some fresh knowledge to your cup of tea.

If not, pour the old tea out and try again.

And do let me know in the comment section what you think. 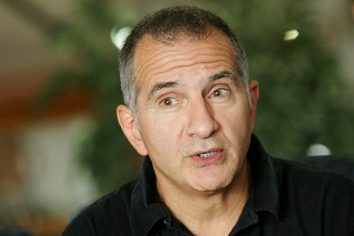 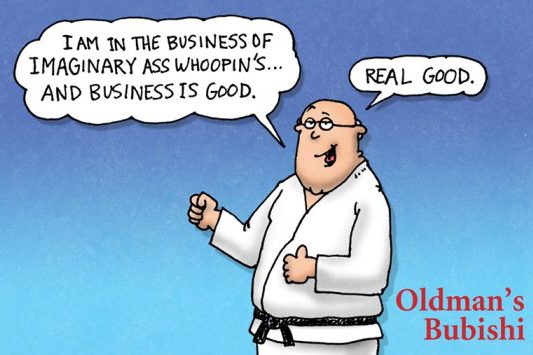 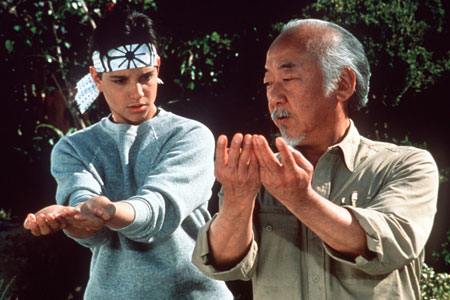