The Meaning of Onegaishimasu

Today, when I walked to the dojo, something remarkable happened.

You see, when I cross the road at pedestrian crossings, I never press the button. You know – that button that turns the lights red for all the cars, so that we humble pedestrians may cross without being mashed down?

Well, I know it sounds a bit stupid, but the reason I don’t press the button is because I’d rather wait for cars to cross, than have the cars wait for me to cross. After all, I’m not the one spewing fumes (though I’m known to fart occasionally), ruining our environment and all.

So, I let all cars pass and then walk.

I don’t mind waiting if that’s what will save this planet from damnation.

However, today when I was patiently waiting for three cars to drive by, the second car suddenly stopped. So I looked at the lights, thinking they must be out of function, right? I mean, why would anybody stop if they didn’t have to?

I certainly hadn’t pressed any button.

So, I’m looking at the driver, who is sitting in some kind of pickup truck, and he waves me over! He’s literally signaling with his hand that I should cross the street, even though he has a green light!

I was stunned for about half a second, then I quickly jogged over the road, waving an enthusiastic “thanks!” to him as he slowly starts rolling again.

Never had this happened before.

The mere fact that a driver comes in at full speed, has a green light, and just decides to stop because somebody very handsome is waiting to cross, is pretty remarkable to me. And he had another car behind him, even!

In that moment, we shared the feeling of “onegaishimasu”; a word (mis)used so frequently in Karate that it has lost any real meaning.

So let’s talk about onegaishimasu a little. Perhaps you’ve heard it before? Most people say it loudly at the beginning of class.

In fact, onegaishimasu is a word that you are bound to hear if you train Japanese martial arts, but it is in no way exclusive to the martial arts. It is used all the time in Japanese everyday speech. For instance, enter any store or shop in Japan, and the staff will immediately yell “Onegaishimasu!” (or “Irasshaimase!”) as you walk in. A real cultural shock for sure. So it is pretty common.

But what does it mean, exactly?

Well, the word onegaishimasu is not easy to translate literally. But once you “get it”, it is pretty easy to understand the feeling behind it, even if you will have a hard time explaining it to others. you could say that the basic connotation is the feeling of exchanging “good will” towards the immediate/late “future” of the two meeting parties (in my example; the guy in the car and me).

You often bow while saying it.

And you always think it while bowing – even if you don’t say it.

You could say that onegaishimasu is almost like “I’m hoping that our relationship holds good things in the future”, a fact which is evident by the Japanese New Year’s celebrations, where you hear everybody saying “kotoshi mo yoroshiku onegai shimasu” which means something like “this year let’s continue taking care of each other.”

Also, when playing the Japanese game of Go, onegaishimasu is the correct polite phrase to say to one’s opponent – before starting to kick their butt.

In other words, onegaishimasu is a sign of “humbleness”.

It’s kind of like: “I’m here and you’re here – we’re here together – and to make the most of the experience, let’s acknowledge each other and help each other out, for the greater good, okay?”

Except, in one word.

Yet, here’s the problem: why do we constantly see these (Western) Karate people (especially at some tournaments, or demos) proudly screaming “OH-NAY-GUY-SHE-MUS!!!” as the top of their lungs, nose in the air, like it’s some kind of fierce battle cry? They even look angry while announcing it, faces red and all!

That’s just so wrong, on so many points, that I don’t even know what to say.

And I don’t think it is because of arrogance.

Perhaps, just perhaps, it stems from the fact that many Westerners are so overly proud of themselves, their lineage, their chosen style of Karate, their school, their instructors (is this beginning to sound like a religion?) that they desperately crave to be seen (by their peers as well as “the opposition”) as somebody who “doesn’t give a crap” about others (“going outside of the box? what’s that?”), and simply confuse the act of being humble with being weak? And you can’t be seen as weak, right?!

In reality, onegaishimasu is always said with a feeling of gratitude.

To put it in another perspective, a perfect modern example of the spirit of “onegai shimasu” is, according to me, Georges St. Pierre (often referred to as GSP), the popular Canadian MMA fighter and the current Welterweight Champion of the UFC. To say that he rocks would be a gross understatement. 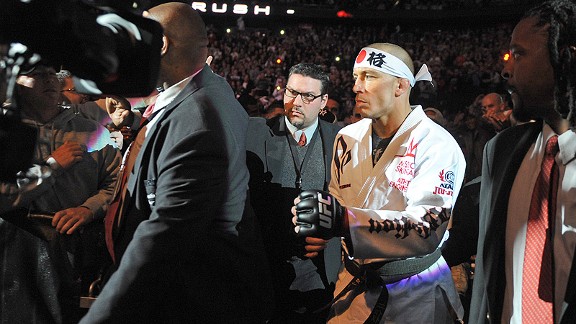 He is always so respectful.

Never talks trash. He doesn’t even talk loud for crying out loud! He extends his arm and helps his opponents up during a real, live, UFC MMA fight. If somebody says something mean, he always walks away, even though he is bubbling inside. I could go on and on. He is so incredibly skilled and polite that you can easily tell his first martial arts was Karate.

I have never met the man, but I respect him.

Because he is onegaishimasu.

However, as he readily admits himself (in the latest episodes of The Ultimate Fighter), if somebody crosses the line, and decides to mess with him, then it’s “boom” [smacks fist in the other hand] immediately. No second thoughts.

I think, if you meet a man like GSP, he could be your best friend – or your worst enemy – depending entirely on what you choose him to be. He prefers the first, but is 110% ready to lay you flat… should he need to. This dude trains six hours a day, six days a week.

Trust me, he will lay you flat.

Which reminds me of a quote by the late Shoshin Nagamine, who, when asked for a brief definition of a good Karate person, replied: “A demon’s hand, a saint’s heart”.

With that being said though, let me tell you about how onegaishimasu can be applied more in the daily life by describing my Kobudo sensei in Okinawa, and two of his takes on onegaishimasu. He is totally like GSP by the way. A true warrior gentleman.

First of all, my sensei has a really old American car. It is quite unreliable, actually, and pretty much stops dead at every intersection (creating minor chaos), but he has had it for his whole life – and it’s really cool looking – so he’s used to it. It still runs.

The Okinawan baby momas love it.

So, one hot summer day, when I was riding with him – candy paint drippin’, sippin’ on gin and juice, bendin’ the block, showin’ our swagger, doin’ our gangsta’ lean –  the low-low suddenly dies at a red light! So I looked at him a little amused, with that “here we go again!” look (complete with a perfect Japanese smile), and that must really have set him off, because he looks at his steering wheel, going “onegai shimasu!”.

It wasn’t directed at me.

But at the car.

And I don’t know about your car, but this car was an inanimate object. It doesn’t have a heart, it doesn’t breath. It has no feelings, so to speak. No muscles or brains. It was no transformer car (or…?).

But here my sensei was saying onegaishimasu to his car. Not in a jokingly fashion either, but dead serious, like “Dude, I said onegaishimasu. Start already!”

And after a few tries, the car starts – and we slowly roll away.

Now, naturally, this was a bit awkward for me. I mean, what am I supposed to believe? Is he crazy? Has he gone mad? Talking to cars? What the fudge just happened? Was I dreaming?

He saw my concern, of course (nothing escapes his sneaky eyes!) and after thinking for a while he broke the silence by saying “if I take care of car, car takes care of me.”

That’s the meaning of onegaishimasu.

Later, when when we come back to the dojo, he sits down on the porch in front and suddenly flashes his shoe in my face. Before I have time to ask what he’s doing, he tells me that every day when he puts his shoes on, he does it with “onegaishimasu”.

He takes care of his shoes, they take care of him. Needless to say, he has had the same shoes for 20 years, and only one time has he had to change the sole.

Now, if that’s not the definition of “onegaishimasu”, then I don’t know what is.

Obviously, Karate should be… but all too often isn’t. 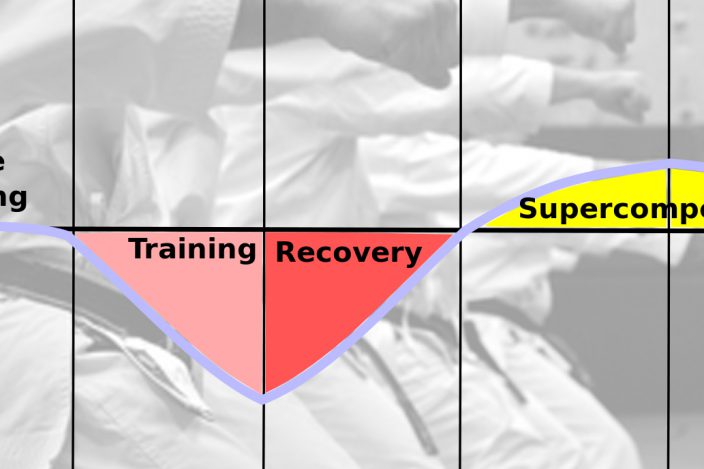 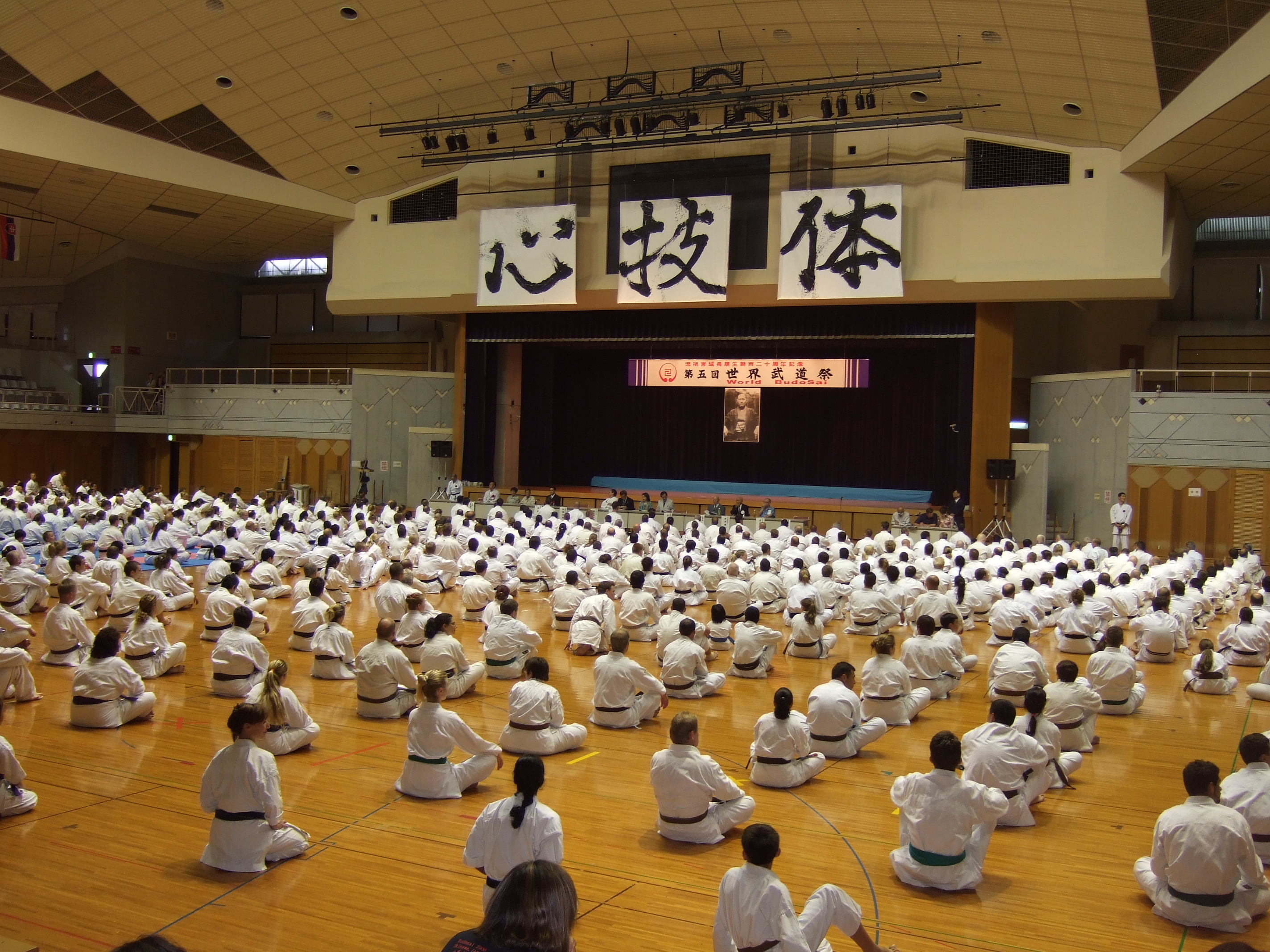 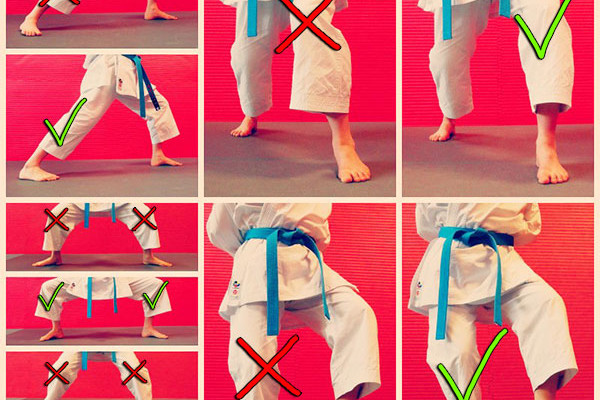 Warning: This #1 Karate Mistake Could Destroy Your Health Forever