Lately I’ve been thinking about this whole “kata” issue.

I’ve written about this before, and I don’t like repeating myself, so I’ll try to do it from another angle today, okay? We’ll see how it goes.

I’d like to think of kata, and Karate in whole, as a river.

A river flows differently in different places, right? Starting from the top of a mountain (source/sensei/creator/founder), it gradually flows downwards (lineage), passing creeks, caves, stones and turns (influences/students), sometimes going fast, sometimes slowing down (time/intensity/exposure), until it spreads out and joins the rest of the ocean.

To an onlooker, the river looks different depending on where she is standing.

The environment changes constantly throughout the river’s path. Nature isn’t constant, but it’s still the same river, isn’t it? We don’t give the river a new name every two steps we walk along it, do we? At least I don’t.

That the river constantly changes and adapts to its surroundings is nothing special to us.

But when Karate styles do the same, we totally flip out.

And for those who think this comparison isn’t justified, just think about the irony in using the word “-ryu”. You know, Shito-ryu, Goju-ryu, Uechi-ryu, Shorin-ryu, Wado-ryu, Shotokan-ryu etc… The word “-ryu” actually means flow (as in a stream or river) in Japanese.

However, we usually translate it as “style”.

That’s what initially made me make the comparison.

And we all have our different favorite places in it.

But it’s still the same river.

We just conform ourselves to its different shapes depending on what our goals happen to be for the moment. And if our goals can not be met, we might actually even change the shape of the river in itself (think agriculture, watermills, fish farming etc…)

The depths of this analogy are astonishing when you start to seriously think about it.

So, let’s welcome Karate into the picture.

And let’s have a look at the topography of the river.

Your onion, allow me to present the court and jury with some compelling evidence before I close the case: Remember when I wrote about those ninja-bunkai to Kusanku/Kanku/Koshokun, where you crouch down to supposedly hide from blood-thirsty samurai warriors hunting you in the night?

Well, there are other moves that are made for fighting in the night.

In Okinawa these techniques are referred to as “saguidi“, or “kurashin”.

Just consider this: If you are to attack your arch enemy, you would hardly do it in the middle of the day, would you? Nope, you would wait in some bush until it’s late in the night, when the chances of your hideous deed being discovered are slim. That is, unless you live in a city where, due to light pollution, it’s basically daylight all the time.

Except in some parks.

However, this was not the case when these original kata, containing fight-in-the-dark techniques, were created. At that time, and even now, Okinawa (China/Japan too) was very dark in the evening. And I mean really dark, like black. A cell phone has never been as comforting.

So, naturally, since most people chose to jump you in the dark, certain techniques had to be developed to cope with these situations.

But… today we rarely consider this “darkness factor” when we search for the “original” bunkai of certain techniques. Actually, take a time out from reading this, and put all the lights out in your room.

And imagine an opponent nearby. Now quickly check you stance, posture, feet and arm positioning, trying to understand why it is the way it is – and you have come a long way to unlocking certain… 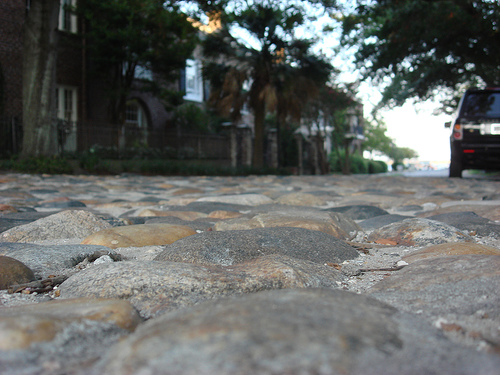 Remember when I wrote about a virtual Karate/Kobudo tour in Shikinaen park?

Well, at one point my guide pointed out that it’s sometimes dangerous to train outside since there are stones on the ground (and you might injure yourself).

However, in “ye olde days“, everyone trained outside. That was the norm. Flat, polished, wooden floors with air conditioning and showers were unheard of.

And if it happened to be raining, well… tough luck.

In China they still prefer to train martial arts outside (you’ve probably seen clips of people doing Tai Chi in parks), never having been influenced by the Japanese budo ideals of the sacred dojo.

The same used to hold true for Karate.

And the interesting thing to note here, of course, is that suriashi/yoriashi and other sliding motions with the feet are never used when training for self-defense (= Karate) outside, since the ground is uneven, stony, slippery or something else drastically opposite of a dojo floor.

Stomping motions, stepping motions with the heel first (and such) is preferred, as evident from old-style Karate/Kobudo.

The other day I was reminded of a story where a Japanese sensei had learnt an old-style kata from his Okinawan friend and all of a sudden changed a technique in the middle of the kata!

When confronted by his Okinawan friend, (“Why are you changing the stuff I teach you?”), the Japanese sensei had replied that the technique in question must clearly be a mistake (it was a testicle grab/pull motion) since it would never work in Japan “…because people in the old days wore fundoshi”.

If you don’t happen to know, “fundoshi” is the traditional Japanese undergarment for adult males, made from a length of cotton. Before World War II, the fundoshi was the main form of underwear for Japanese adult males, but nowadays the fundoshi is mainly used as festival (“matsuri”) clothing.

So, this Japanese sensei changed the kata because he thought “it must be wrong! you can’t grab and pull somebody’s cojones when they’re wearing fundoshi!”.

However, what this gentleman failed to comprehend was that people never wore fundoshi in Okinawa.

I mean, if you were a thug in rural, ancient Okinawa, what would you rather spend your hard-earned stolen money on: fancy-pantsy underwear or a knuckle duster?

So, yet again the environment has changed.

Okay, to wrap it up, what am I trying to say? Well, to be honest I almost forgot it myself there for a while, but I think I remember now:

The kata of Karate are not made for today.

They are not even made for yesterday.

It’s another place in the river of Karate.

And if we try to apply the methods from one part of the river to another part, we might end up with a result that is less optimal than if we were to think for ourselves and develop our own method suited for our current place in the river.

You feel what I’m saying, dawg?

Yes, I know what you’re thinking now (not those thoughts, focus now!):

Well, I’d like to think that the human anatomy works the same today as it did a thousand years ago *checking* 2 arms, 2 legs, 1 head… everything seems okay!

The thing is, as I’ve tried to prove, that even though the human anatomy remains largely unchanged; our environment, social setting and – more importantly – our opportunities for using these to our advantage in a phyical confrontation (context) have definitely changed.

Scooping up a slab of concrete (the pavement) with an eiku, anyone?

(Okay, that was a bad example).

So what to do about it?

Just trash everything and restart? Burn the gi and start MMA? Retreat to the mountains to meditate on why we started on this crazy journey in the first place?

Well… (wait for it…) …I think it’s actually totally okay to change a kata to cope with today’s environment. Yes, I said it. There it is. Out in the open.

Only if you know the meaning of the movement you intend to change, and are confident that your change is for the better (depending on what your desired outcome is, of course). And, seriously, how many people actually know the real application of a kata movement?

Isn’t it all just more or less (qualified) speculation?

To me, Karate is about more than that. It is about preserving, developing and spreading a culture. The Ryukyuan (mind you, not Japanese) one, to be exact. The “preserving” part consists not of being stubborn, saying “this is how we’ve always done it, there is no other way!”, but in acknowledging and understanding that yes, some moves are intended for another time and age, but we still do them as an exotic, cultural exercise.

And if that’s not your piece of cake, well, then clearly we are interpreting the river of Karate in different ways.

Which is totally okay!

Because that’s what makes it fun. 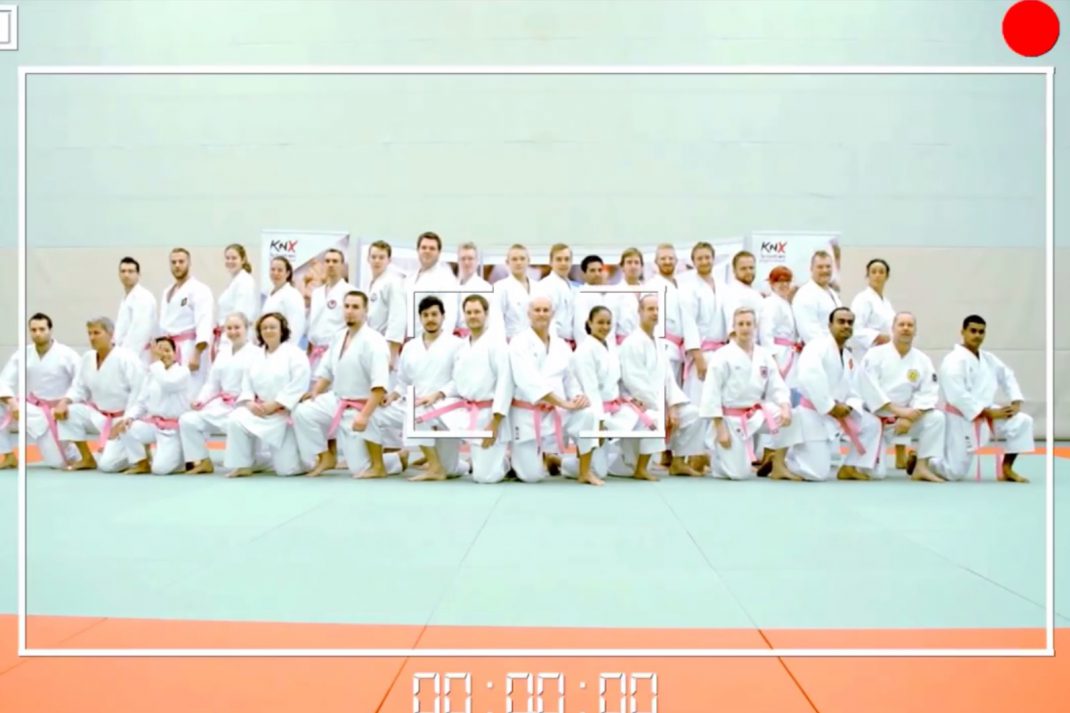 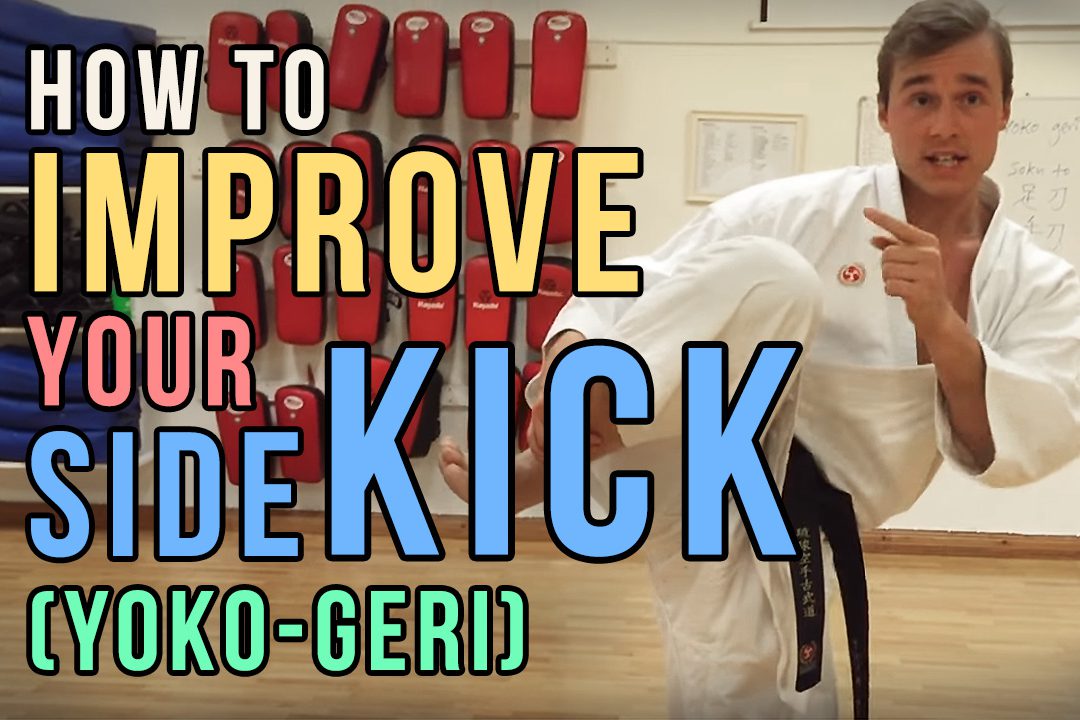 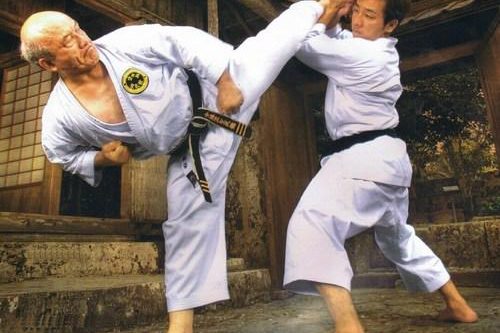