The Connection Between Dancing & Fighting.

Have you seen any movies where some small detail just isn’t right?

For instance, imagine a movie about the Wild West, but somebody has a Rolex on. Timewise, that would be strange, right? Often moviemakers make these small slips, and that’s called an anachronism. A chronological misplacing of persons, events,  or objects.

Actually, many people claim to have seen a car drive by in the background during a scene in The Lord of The Rings! Oops!

Anyway, now that you know what an anachronism is, ponder this:

Because of the drastic change in the world around us since our birth (the birth of mankind, that is), we humans are living anachronisms.

Our world has changed rapidly in the past 150 years. Human physiology, in contrast, took millions of years to create, and has not changed much in 150’000 years. This means that your body – even if it’s in superb condition – is designed for success in the past.

Your body is an antique biological machine, that evolved in response to a world that no longer exists.

Isn’t this a quite scary thought?

Although we live in a world where computer processing speed doubles roughly every second year, human information processing has not changed substantially over the past 150’000 years.

Our physiology is clearly behind the times.

I mean, if we continue with the computer terms, a typical human brain has a processing speed of about 4 hertz. People who know brains better than me calculated that. In comparison, modern desktop computers have CPU’s that clock speeds of over 3 gigahertz.

So, clearly, we are living anachronisms.

And some of the stuff we do are because of that.

We all like dance, because it is a physiological phenomenon which has been practised since before the birth of the earliest human civilizations. This means that dancing triggers our lizard brain very easily.

And interestingly enough, dance and combat have even been intertwined for a long time:

You see, one of the earliest structured uses of dances may have been in the performance and in the telling of stories, and events. Of course dancing was also sometimes used to show feelings for the opposite gender, but let’s focus on the storytelling.

(Since we all know that body language stands for 90% of communication, it’s not surprising that using the body to convey a message was the earliest way we used).

Now, what was the most important event every day, before we became civilized with our iPods, iPhones and iPads?

Gathering food, to survive yet another day.

If we, as cavemen, had killed a giant mammoth, we celebrated it by dancing at the spot, growling and running around. We then later danced around the fire, when we ate our newly killed dinner together with friends and family, celebrating that we’ll survive at least this week. And later we again danced, when we reenacted the hunt in front of our children, teaching them how to kill (= get food = survive).

This last part, handing down combat proven ways and methods of killing, was the precursor for kata.

At least that’s what some researchers think.

Sounds good to me.

So, where am I heading with this?

Well, take a look at these pictures I found stored on my computer: 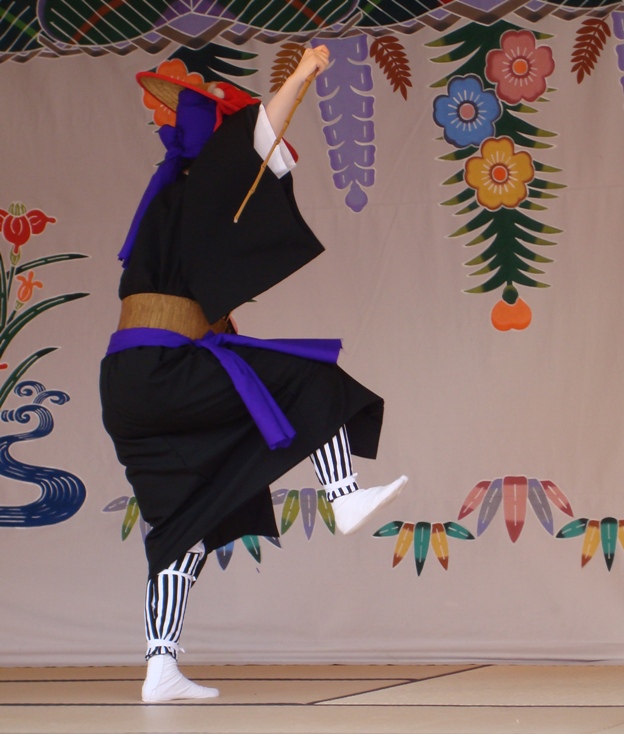 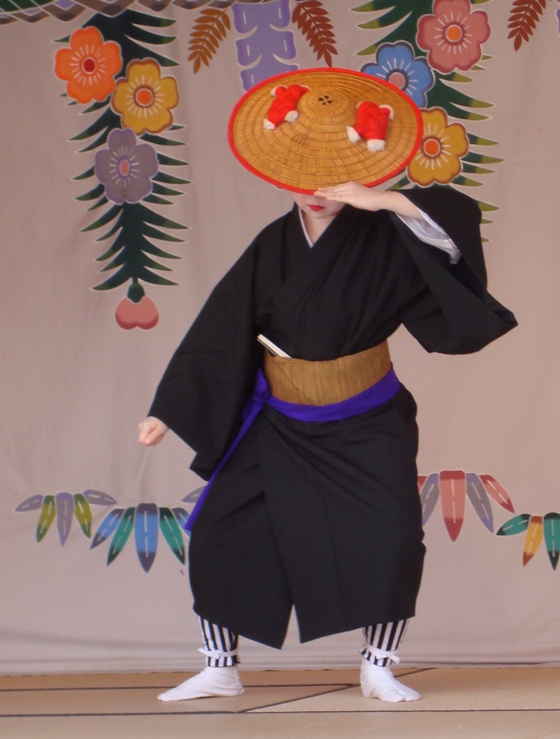 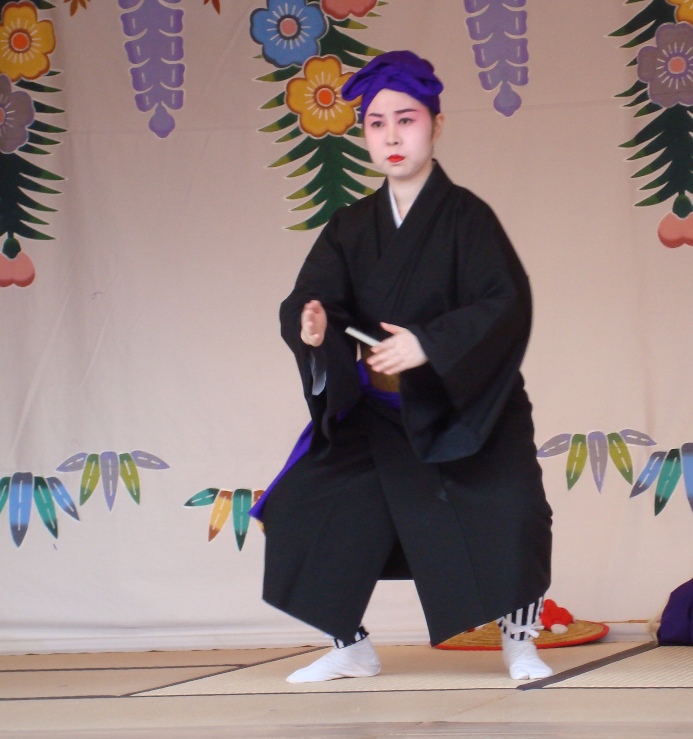 The above photos were taken in Okinawa, and thruthfully some of these traditional dances are just like Karate kata done in slow motion. (I’m sorry I didn’t get the best moves on camera).

One dance even begins just like the kata Kanku/Kushanku/Kwanku/Kosokun! You sometimes see a little bit of Gojushiho here, Chinto there…

Anyway, there’s an interesting story on this:

One day the founder of Goju-ryu, Chojun Miyagi, heard about a man named Machaa Buntoku, who had been to China a long time, learning “secret” techniques. Obviously Miyagi was interested, so he visited him together with a couple of his disciples (Jinan Shinzato and Seiko Higa).

Miyagi sensei approached Machaa Buntoku and asked him to show them his best kata that he had learned in China.

Sure enough, Machaa Buntoku put on Hachimaki (Japanese style headband) and started. But he didn’t show a normal kata. Instead, he performed a weird dance in front of them. Miyagi and his disciples were confused.

Seeing his strange dance, they thought this old man must be crazy because of his old age. After watching patiently for a while, Jinan Shinzato (who was yet young at that time) finally lost his temper and suddenly shouted “Okay. Enough dancing! Show me your fighting skills! I will be your opponent!” Shinzato then delivered a karate blow at the old man, but was immediately thrown down by the dancing old man and hurt his back.

In other words, he lost face.

Of course, everyone “suddenly felt awkward” about it, so they bowed to the old man and hurried home.

On the way home no one spoke.

So, it seems the dancing old man did infact show them his best kata! Because they had never expected that his dancing technique was his best fighting technique.

So, I think dancing and fighting has always been, and are probably always going to be, intertwined.

That’s how we work.

And if you don’t believe me, check out these two pictures, which are a little bit more “modern” than that Okinawan dance: 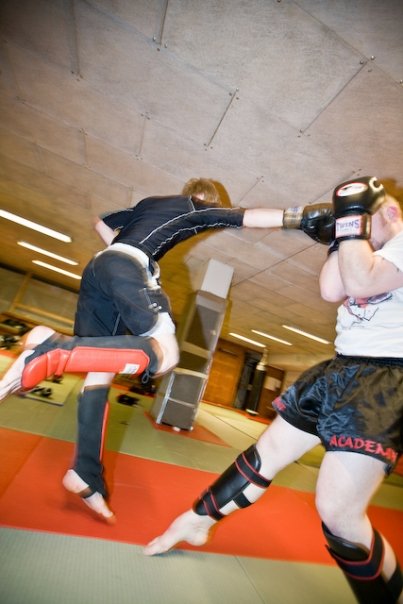 This a Thai Boxing instructor from our dojo.

It’s like some kind of a bloody, messy, beautiful, dangerous ballet. 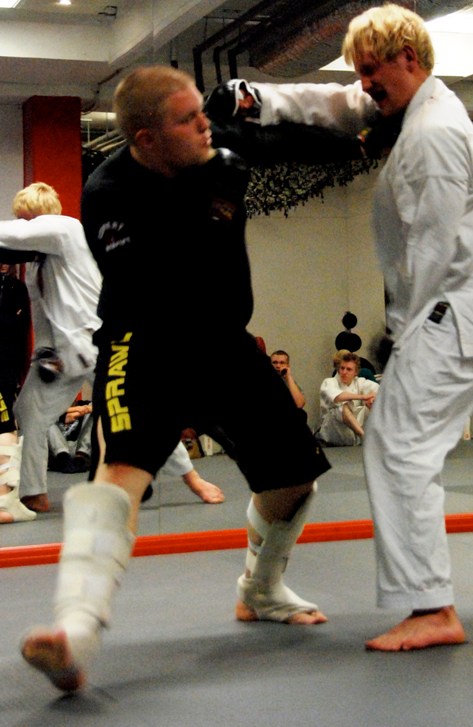 And here, another scenario, but look at the feet.

This time it’s not really ballet though, more like some kind of folk dance. Maybe even Riverdance!

We are so freakin’ anachronistic! 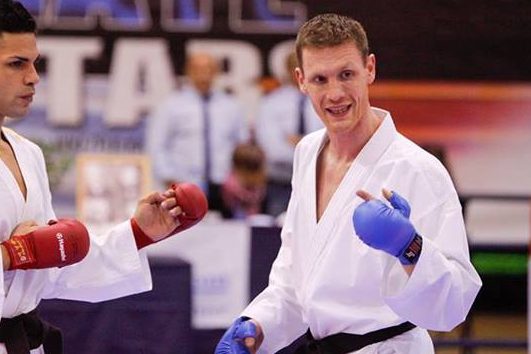 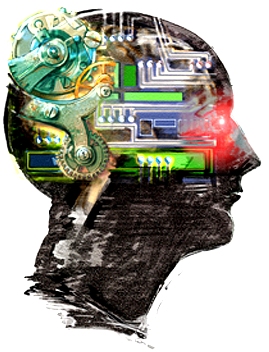