I haven’t counted, but I guess thousands of articles and books have been written about the staking out and guarding of territories by animals.

So thats the topic of today.

Birds, fish and primates are all very concerned with this, but only in recent years has it been discovered and understood that man also has built-in, natural territories. And when you understand the implications of this, you can gain enormous insight into your own behaviour, other peoples behaviour, and how you can use that to your advantage in a face-to-face encounter.

Let’s begin with the big picture:

Every country is a territory staked out by clearly defined boundaries. Within each country there are usually smaller territories in the form of states, counties and provinces. Within these are even smaller territories, called cities and towns, within which are suburbs, containing many different streets and neighborhoods that, in themselves, represent a kind of closed territory to those who happen to live there.

These boundaries and territories have evolved naturally in our societies, because apparently we have a hard time living without them.

But, there are even smaller territories.

For example, in the cinema, who hasn’t fought a silent battle with the stranger next to us, trying to claim the armrest? The inhabitants of each territory share an intangible allegiance to it, and have been known to sometimes turn to savagery and killing in order to protect it. This is often the cause of war.

Though I have never really felt I needed the armrest that much!

So, often a territory might be a clearly visible area (like at the cinema), but there are invisible ones too.

And understanding those are very important.

Knowing the implications of this personal air space and how people react when it is invaded is something that will be of great benefit to your Karate training.

The area, or space, around a persons body can be likened to an extension of the body. And how far this space extends depends on several factors.

Let’s take an animal as an example:

For a lion, it depends mainly on how crowded the conditions were in which the lion was raised and the local population density.

If the lion was raised in the remote regions of Africa, it might have a territorial space with a radius of 30 miles (50 kilometres) or even more. On the other hand, a lion raised in captivity (along with a bunch of other lions) may have a personal space of only a couple of yards (metres) – the direct result of crowded conditions.

In other words, personal territory can expand or contract depending on the local, and cultural, circumstances.

Now, over to humans:

Like most animals, each human has his own personal “portable air bubble” which he carries around with him. The size of this bubble is of course different for different people, but within one culture it is roughly the same. A good example of how different it might be: Compare a Japanese man living in Tokyo (very crowded conditions) with somebody living in Scandinavia, with its wide, open spaces.

Scientists believe that the space around us can be divided into four distinct zones:

Of all the four zone distances, this is by far the most important one for Karate, as it is the zone that a person guards as if it were his own property. Only those who are emotionally close to us are permitted to enter. These include people like parents, spouse, children, close friends, relatives and pets.

This is the distance that we stand from each other at social functions, like coctail parties and other friendly gatherings.

We stand at this distance from people we don’t know that well, like the postman, the local shopkeeper, the plumber, the new employee at work or other people we feel are strangers.

If we addres a large group of people, this is the comfortable distance at which we often choose to stand.

A picture of these distances would look something like this (pardon my lack of drawing skills): 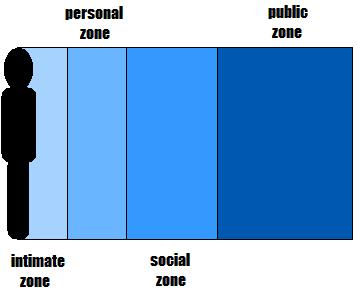 So what are the practical applications of these zones?

Well, in Karate, we should mainly focus on being aware of our Intimate Zone. Defending the Intimate Zone is what Karate was originally meant to teach, but today with the rise of Sport Karate this has expanded to include both the Public and Social Zone.

Anybody recognize this safe distance? 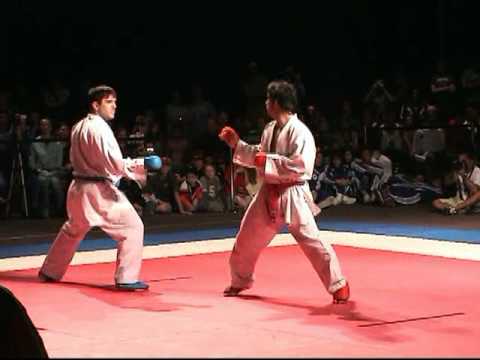 The truth is, while we tolerate strangers moving within our Personal and Social Zone, the intrusion of a stranger into our Intimate Zone causes physiological changes in our bodies. The heart pumps faster, adrenaline starts to rush, and more blood is pumped around. Fight or flight.

These are natural things, but it can be hard to handle if you have never experienced it before.

So, practising this in the dojo would be a good place to start.

Our body knows that if somebody enters the Intimate Zone without our permission (spoken or not), then that person can be seen as an intruder, and is there for one of two reasons:

Our physiological response is the same.

And this is actually the reason to why we hate riding crowded lifts – because our Intimate Space gets invaded. We all know the unwritten rules of riding a lift, right?

Anyway, all jokes aside, protecting the Intimate Zone is something that is very hard to do. At least physically. Of course one might argue that you should never have let your opponent get that close to begin with, but then again you sometimes don’t know who your real opponent is until it is too late.

So how do we train this? Well, the short distance (6-18 inches or 15-45 centimetres, remember?) means you will need to have good reactions, and use suitable techniques (think elbows, knees, holds and headbutts). The good old fashioned straight punch and kick is of little use at this distance.

-1944) who favored this distance, as seen in his ‘bunkai applications’ of the kata Naifanchin (also known as Tekki in Shotokan).

To him, that kata was all you needed for close range fighting. And since he himself claimed to have been involved in over 100 streetfights and never lost, surely there must be something hidden in that kata!

In closing, I think every serious Karate practitioner needs to look a little closer at the Intimate Zone.

How to defend it, how to invade it (irimi in Japanese) and how to take it back (should you lose it) are important and very hard skills that need countless hours of practise.

Basically, a whole martial art could be built around this distance.

Oh, wait, there already is one. 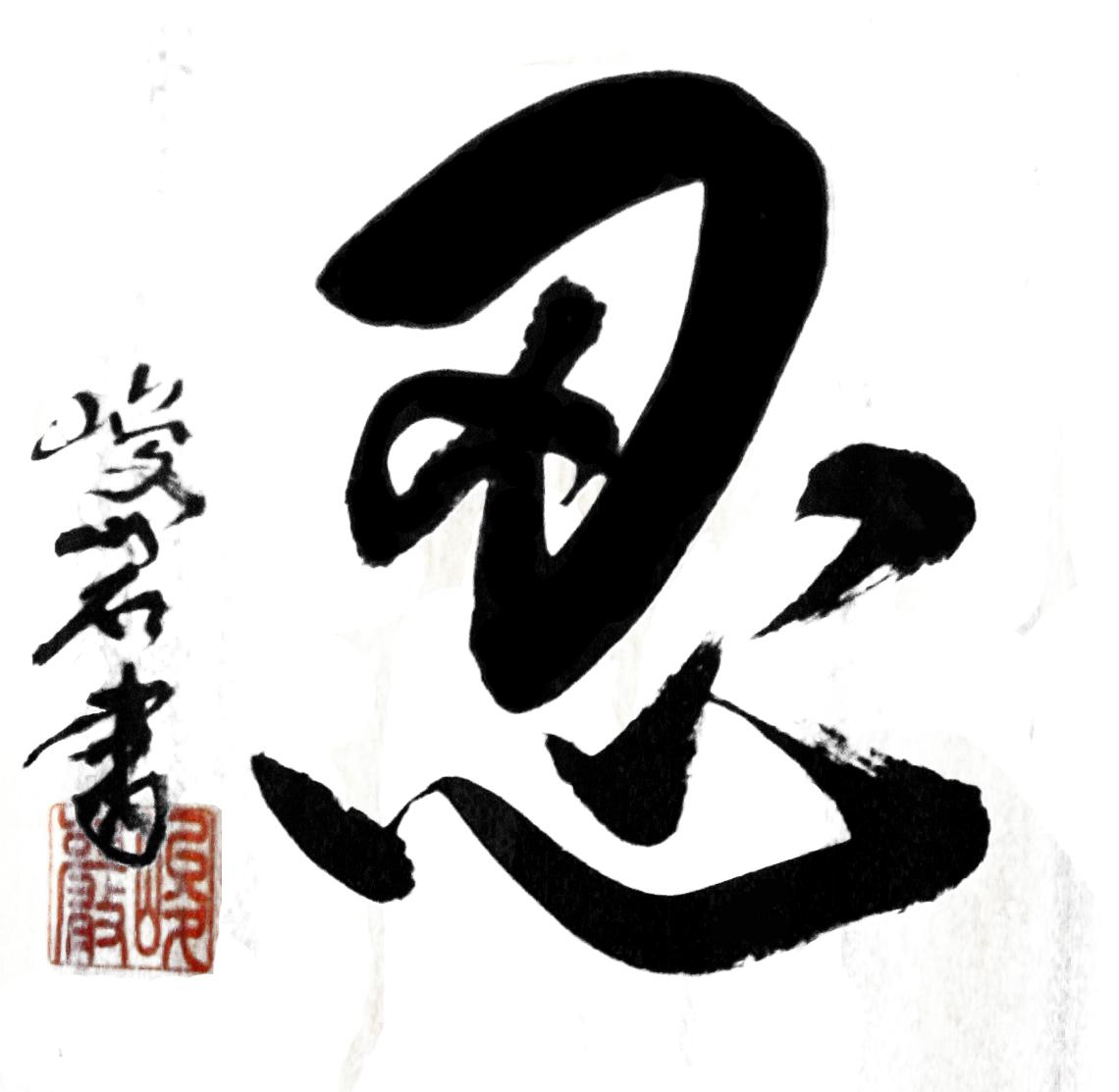 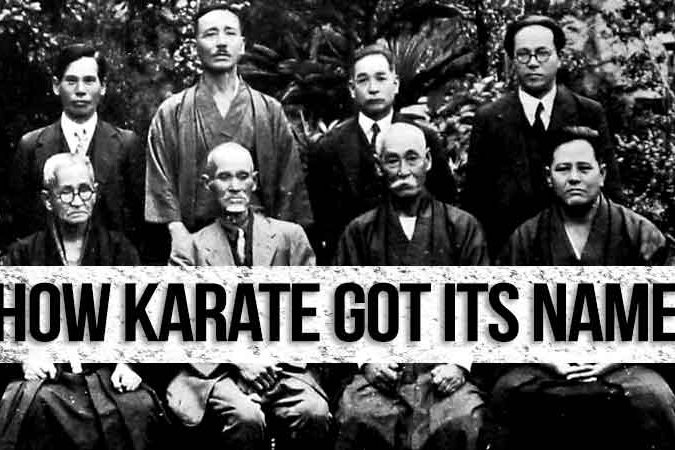 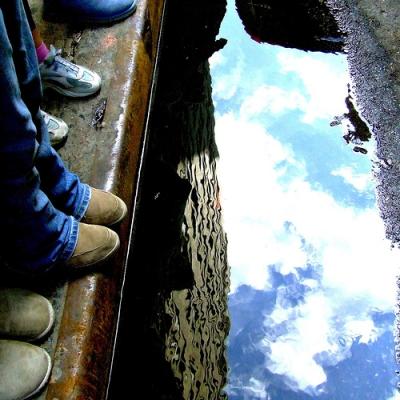 A Quiz & The Purpose