This weekend I’m going to do a seminar on the kata Anan, and when I give seminars I always do a theory session too – which can cover anything from history to philosophy to culture, depending on the context. Sometimes all of them.

Most often, this presentation is in the form of a highly technological NASA level PowerPoint presentation (with a total of ZERO bullet point lists!), projected on a big screen, which I by the way think is a great medium (in the right hands!) for totally awesome presentations.

So, in my wonderful gloryness of today, I thought I’d use you to rehearse a little.

So just lend me your ear (eyes?) for a moment, and imagine you’re in my fantabulous presence as I deliver the following history (and random ramblings) about the kata Anan. And it’s not “Annan“, which seems to be a common alternative spelling on the world wide webz.

First of all, the kata Anan (well, real spelling should actually be Aanan, but never mind…) was made famous in the late 80’s Karate tournament scene by a rather interesting bald man, who never backs down from a demonstration, named Tsuguo Sakumoto (see pic).

Today, most youngsters running around in their oversized gi at tournaments, performing almost unrecognizable versions of Anan, probably have no idea who this man is – but if it wasn’t for him we would most likely not be caring much for this kata today. Or any other Ryuei-ryu kata for that matter.

I truly think so.

Tsuguo Sakumoto, once an unknown school teacher (in physical education) from Okinawa, had been one of few fortunate people chosen to study an old half-secret “mysterious” family style of Karate called Ryuei-ryu, which subsequently became famous through Sakumoto’s tournament success with its figure head kata Anan, the kata Sakumoto used for winning the 7th, 8th and 9th World Karate Championships, the 2nd and 3rd World Games and the 2nd and 3rd World Cup.

And that’s basically why it became popular. It scored big points.

That… and it’s unique features.

But, before we talk about the kata itself, we need to talk about Ryuei-ryu a little more, the style from where Anan originates.

Just like you can’t mention a good wine without mentioning the vineyard from which it came.

You see, “Ryuei-ryu” was literally the name an Okinawan dude chose for his family’s flavor of Chinese kung fu, which, when taken to Okinawa, got blended with local traditions (mainly Naha-te and some Aragaki-te) and later regarded as Okinawan Karate. Today, Ryuei-ryu is mostly unrecognized by many Karate organizations, or bunched together with Shito-ryu (though it has much more in common with, say, Goju-ryu).

I feel like I’m losing track now… But that’s okay, this is just a rehearsal. I’m just using you, remember?

I guess I’ll just have to insert a funny picture in the presentation at this point, to quickly divert everyones attention or something. That always works.

Pretend to laugh now, so that I can smoothly change topic.

(Let me know how that worked out.)

On to the story.

Let’s take it from the beginning. The history of Ryuei-ryu:

The founder of Ryuei-ryu was a man named Kenri Nakaima.

Kenri Nakaima was born in Kume village (the present Kume area in Naha City, Okinawa), which was then a settlement of Chinese descendants. If you’ve done your homework, you know of this place, being one of the possible sources for the Bubishi and all. Many Okinawan masters gathered here in Kume, to learn “directly from the source”, giving Kenri a real taste for martial arts while growing up.

So, in 1839, at the tender age of 19, young Kenri went to Fuzhou, Fujian Province, in China to further his study of the fist. Here he became a student of the famous Ryu Ryu Ko (hence the subsequent naming of the style) to learn Chinese Kenpo (lit. fist method) and Chinese military tactics. Some other Okinawan youngsters had actually done this before him, so this was nothing mind blowing.

Though it certainly wasn’t cheap.

After many hard days, weeks, months (we don’t really know for sure) of training, Kenri was conferred full mastership of the style, and as a proof of that he allegedly received some secret instructions or documents. But if we are to believe everything we read, then so did most others who went to China at that time.

I mean, you couldn’t come home from years in China and NOT have learnt a whole system, complete with its innermost secrets, could you?

That would have been a real shame.

Anyway, secrets or not, that was the basic background for Ryuei-ryu, a school of Karate (and martial arts with weaponry, Kobudo) that is growing more famous each day, thanks to it’s proven tournament success and exotic kata.

Its pedigree has been passed from Kenri Nakaima through Kenchu Nakaima and Kenko Nakaima (which is why it’s called a family style…) to the present, with Sakumoto sensei being perhaps the most famous of the disciples of today (note that he wasn’t a part of the original Nakaima family, but was taught the style when it went public, to save it from extinction).

And here we are today. With a handful of unique kata handed down to us, known as Heiku, Paiku, Pachu, Ohan, Paiho and Anan, among others. Some public, some still “secret”. And some pretty interesting kobudo too.

So let’s talk more about Anan then.

Actually, to talk about Anan would be wrong without knowing a little about the preceeding kata Heiku, Paiku and Pachu. On more than one occasion Sakumoto sensei told me himself that you can never do a good Anan if you don’t know the others before.

But anything goes in love and war, right?

Because never in the history of Karate has there ever been a more abused, twisted and skewed kata than Anan.

And I blame this one partly on Shito-ryu wizard Teruo Hayashi, founder of Hayashi-ha Shito-ryu, who apparently “learnt” (that can be disputed) the kata in Okinawa and codified it to meet his Shito-ryu standards, which basically opened up for everyone to do the same, using this new Shito-ryu version as model… leaving out all the real awesomeness of Okinawan Karate at the same time.

However, with that being said, many people claim Sakumoto sensei re-arranged the Anan kata too, along with Heiku, Paiku and other Ryuei-ryu kata, for modern sports competition. Which I don’t doubt, since he admits this himself. But this is only in trivial technical details.

The essence is still there.

“So what’s the fuss about then, Jesse-san? Okay, a guy went to China, learnt some cool stuff, made his family proud, passed the knowledge along, his descendants taught it to the public and now everybody’s doing backflips in their seats?”

And I just hink it’s a shame that it’s been so (yes, I’m going to use a cliche now) watered down in recent times because if there’s ANY fairly accepted tournament kata that has the potential of displaying true Okinawan concepts of Karate (like muchimi, chinkuchi, dynamic sliding and shuffling footwork etc) among these numerous staccato and artificial modern creations of today’s Sport Karate scene, then it’s definitely Anan.

Did I tell you it’s my favorite kata by the way?

Furthermore Anan has basically no slow posing movements, no regular straight punches (you only do two uraken in the whole kata, and that’s it for closed hand strikes), it has eight (8!) kicks, and unique evasive manoeuvres (talking tenshin, taisabaki, small “don-don” hops and nifty sideways footwork) along with these brilliantly brutal “charging bull”– style shotei/teisho palm strikes that instantly animate old fables of people being killed from having their nose bones punched up their brains (that was a myth, right?! RIGHT!??).

So, when I see these modern “Annan” creations (see what I did there?… yay, spelling pun… yaay…)  it makes me a bit… 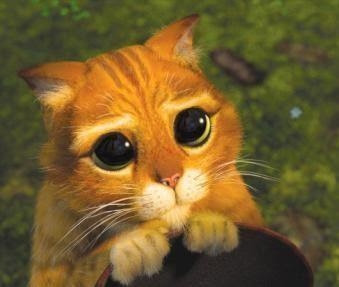 It’s sad both for the onlookers, who are expecting a masterpiece of refined Okinawan Karate, and for the performers who, although they don’t know about it, are missing out on so many sweet things they need to be practising in order to gain deeper insight in this thing we call Karate.

I can’t seriously imagining doing Anan like any regular Shotokan/Shito-ryu huff n’ puff tournament kata (which is the common way I’m seeing), leaving out all the GOOD STUFF that is so incredibly fun to practise, and show!

Let me give you some examples by video.

(Yes, you can integrate videos into a PowerPoint presentation).

Now, having shown this and pointed out some stuff which is too boring to write here, I’ll ask you to compare it to the Okinawan version, performed by the (former) Japanese national team, who were actually coached by Sakumoto sensei (though he sometimes said they did “this and that” wrong):

See the difference in body mechanics, techniques, stances, timing and tempo? Not to mention kimochi.

(by the way, who is this mysterious man that keeps uploading these?!)

At this point I will probably, as usually, go into some weird off-topic discussion on the main characteristics on Ryuei-ryu, and how it differs from other styles.

Some notable details being (“must… resist… temptation of using… bullet point list…NOOO!!!!”):

That’s all I can come up with, off the top of my dome, at the moment.

And… yeah, that’s basically it. At this point I’ll probably ask “Do you have any questions?” and after having answered those, we’ll continue practising Anan along with its brutal Okinawan/Chinese Ryuei-ryu Tiger fist muscle ripping applications.

And, yeah, most likely I’ll point out and demonstrate a gazillion small details along the way, making sure all of the participants grasp the essence of Anan – with its “nuts and bolts” that, after all make, up Ryuei-ryu and Okinawan Karate at its best.

At least that’s what I think. 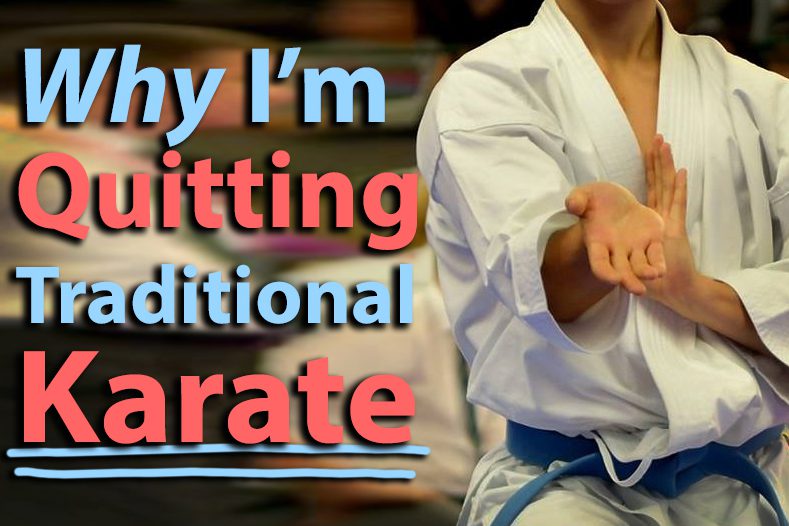 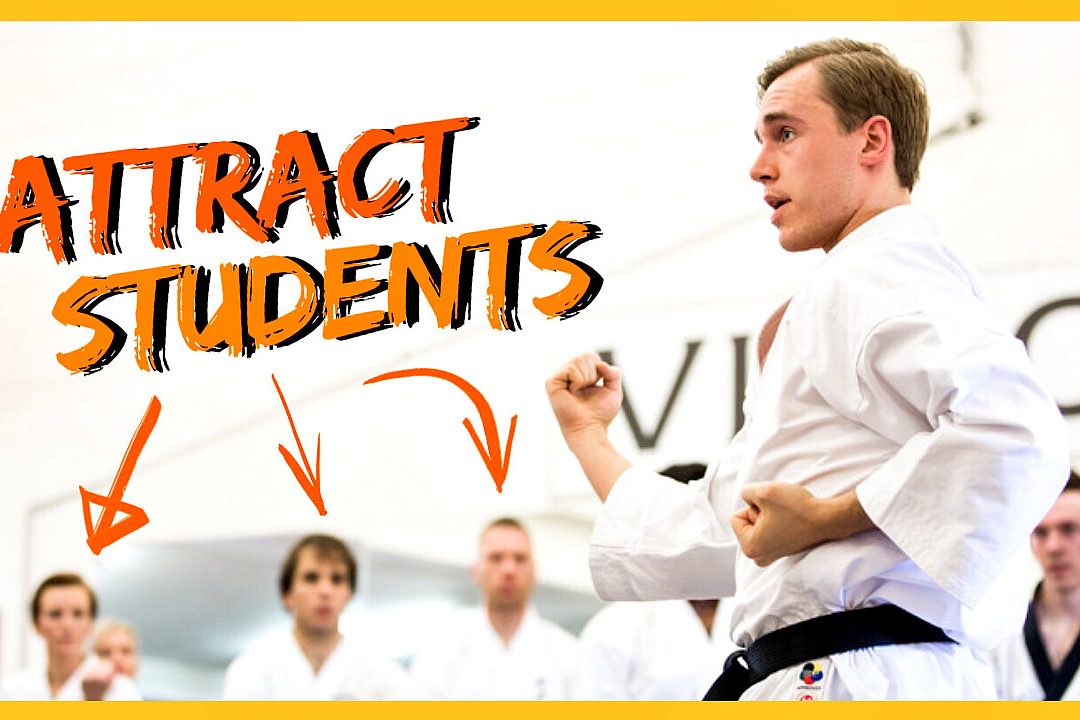 How To Grow Your Martial Arts School With Social Media Marketing