Karate is a living thing.

And never are we more reminded of the fragility of living things than when we are confronted with the inevitable consequense of living itself – death.

Last week, on April 26, 2012, soke Nagamine Takayoshi sensei, head of the World Matsubayashi-Ryu (Shorin-Ryu) Karate-Do Association passed away. The son of legendary Karate master Nagamine Shoshin sensei (founder of Matsubayashi-ryu Karate), Takayoshi sensei was an influential Okinawan Karate proponent, well-known internationally for his in-depth knowledge of the art as frequently demonstrated at his popular seminars all around the world.

He will be missed by many.

For me though, personally, Takayoshi Nagamine sensei’s biggest contribution was his hand-written essay for my debut book (The Karate Code), where I asked a handful of real, traditional, Karate masters from Okinawa/Japan what they believed to be the most important aspect of Karate.

Takayoshi Nagamine sensei’s answer was summarized in his chapter entitled “Harmony”, where, in my humble opinion, the most memorable line is:

“Anything you do in your life, whether it’s your hobby, study, art or such; you cannot get infatuated with. […] You have to control what you are doing, or it will control you.”

A strong statement, coming from a man who practically spent his whole life trying to live up to the image of his legendary dad… voluntarily or not.

Something for every true Karate Nerd™ to ponder on.

But that’s neither here nor there. Now, sadly, I never got the chance to meet Takayoshi sensei in real life, but somebody who did meet him was sensei Mike Clarke – noted martial artist and author. So, as a sort of commemoration, today I thought I would repost an interview that mister Clarke once conducted with Takayoshi sensei in Okinawa (as originally seen on his blog).

What follows is some of the conversation that sensei Mike Clarke had with Nagamine soke (as his name and title should be pronounced in formal Japanese) when they sat in the Kodokan dojo in Naha, Okinawa, one afternoon in February 2005.

Hopefully this will contribute in spreading the knowledge of Karate in general, and the memory of Takayoshi Nagamine sensei in particular:

A Conversation With Takayoshi Nagamine Sensei

Sensei, can you please explain the fundamentals of Matsubayashi-ryu karate-do?

“Yes, there are three kinds of technique. One technique is “rhythm”. Then there is what we call, “rhythm-two”. Let me explain, basic rhythm is to develop timing so you can block then you are attacked, and then you can hit back from your block. With rhythm-two, you can black and attack at the same time. “Rhythm-three” is the ultimate technique and this is where we don’t block, instead, we attack the attack! Even against a kick we can use rhythm-three. I think it’s a little hard to explain in words this is why I demonstrated on you, I hope you don’t mind?” [Note: Nagamine sensei demonstrated all three kinds of rhythm on me with great success, and with just enough discomfort for me to ‘feel’ his point, after I had been invited to attack him with both punches and kicks].

In karate, we must learn to take a hit as well as give one, how do you train people to develop a strong body?

“We have tools like the chi-ishi and tan, and of course the makiwara. Training with these tools not only makes your muscles strong, but your bones and your tendons strong too. You can say that the main reason for us to train with these tools is to develop muscles and tendons that can deliver “snap!” We don’t want bulk or a big size, we are looking to tone our bodies so we can have fast reflexes and move quickly.”

Your dojo has quite a few makiwara, two by the front door, and more along the side, what is the aim for you when you train with this tool?

“The makiwara allows you to practise making “impact” in a moment, over a short distance. We learn to use our hips with power as we train with “koshi”. This means we don’t wind-up our hips, or push with our body. Instead we use koshi. Like an explosion it comes from our hara, and this makes karate very hard to deal with. The older you get the more you have to make your karate have this kind of power, and not be a big drain for your body.”

“You see, if you want to have big power then most people will train to have big movement, big wind-up and twist and so on. But this kind of technique takes time [to execute] and is very powerful but a little slow. Also you need more distance between you and opponent so you have space to do the big wind-up. But, in our karate we have a saying: “Go from minimum distance, to maximum power.” Then, we include the three dimensions of the block, shifting, and attack at the same time. This is how we get power in our karate.”

When did you start training in karate?

“I began training with my father when I was seven years old, now I am fifty-nine years old, so I have trained in karate for almost all my life.”

Was your training any different from the others students in the dojo?

“No not really, in the dojo everyone was treated the same, me included. But afterwards, in our home life away from the public classes, I received a lot of discipline from my father. For example, if students did one hundred punches, then I would have to do four or five hundred punches, the same with all the basic techniques.”

Because of who your father was, were you expected to train in karate?

“No. He never told me I had to do it. But watching him when I was a boy, really made me want to do it. In fact, he always demanded I did my homework and any jobs I had to do first before I was allowed to practice.”

Did you find it easy to do karate or was it difficult?

“I found it difficult, and in some ways I still do. I guess there are some genius people around who can do karate very easily, but my way was to just try harder and harder over a long period of time. Sometimes I have had a plan, but it didn’t always work out the way I wanted, so I just keep trying.”

Do you have a favorite aspect of karate that you like to spend more time on than others?

“If you think about your karate and analyse it as a martial art, you see that the kata were not designed for competing [as in sports] against another person. My father, and even people older and senior to him, told me that around one hundred years ago when you did karate you didn’t have a public class. Each sensei, would teach their students separately, not together. So it was possible that you could start training and meet somebody, say ten years later, who might have been training with your sensei for the same length of time, and you didn’t know.

In those days people kept it secret and never told anyone they trained in karate. It was something they did for themselves and not for others to know about. It is very different in our days. Back then each student was taught at their own level and the sensei would give the student different things to work on accordingly. Of course back then money was not really a question either. It was all about culture, discipline, intelligence and character.”

Are there people who were training when you were a boy, still training? Also, if you had not ‘entered the dojo’ what do you think your life would be like today?

“Ha! I don’t really know. Perhaps I would be a car salesman, or a schoolteacher or something like that maybe. And yes, there are still some people training from my early days.”

You mentioned training in karate in olden times, do you think karate has changed since then, or perhaps the kind of people training has changed?

“Well, inside [a person’s mind] I think it’s all the same, but, there might be some changes in the way some people interpret karate today, even from as recently as forty years ago. This has to do with people’s cultural background I think. Even on Okinawa now there are many who just see karate as a kind of a sport instead of a martial art.

Sometimes I am asked: what is the difference? It’s true some sports are tough like boxing or professional kickboxing they’re very tough. But no matter what, all sports share the same definition. They have tournaments and the participants are trying to improve their ‘record’ or previous result.

Karate is not like this, it is the study of death and being alive. Yes, death and being alive. If a person opens a karate dojo it is important they know and understand this philosophy. Martial arts cannot compete with sports because they have a different philosophy. In sport you compete against someone else, or perhaps your own record, but in martial arts you only compete against your ‘self’.”

Do you think western people understand the difference between karate and karate-do?

“Yes they do, some people anyway. Many western people have been training a long time and they understand things better than some people here [Okinawa]. It all depends on the person and if they are open to such ways of thinking. Even physically, western people can be better at karate due to their bigger bodies and greater strength. It all depends on the philosophy in their soul.”

What does your personal training consist of these days?

“Kata mostly, and also I meditate. Also I try to think about the philosophy of martial arts. Unfortunately some of this philosophy is lost in translation […]”

If you had some advice to give to karate-ka, what would it be?

“Well you know we human beings are not perfect, not at all. I believe my father was a very fair and honest man, and he would often say to his students, me included: “Rectify your mind, and always look to your feet.” What he meant was that we should always be ready to do karate. He was talking about our mind, our attitude. Always remember what it was like to wear a white belt. “Sho-shin” – have a beginners mind. We must never think we have become something big in karate. No matter what, every day when we practice we realize there is something more to learn.” 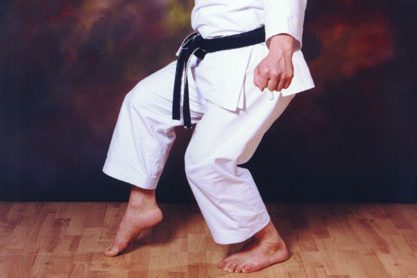 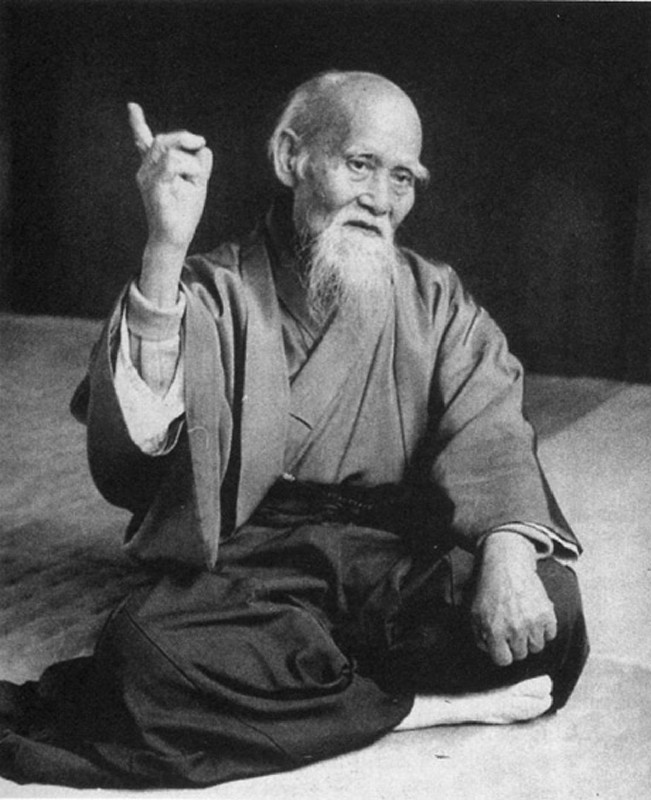