Yesterday I arrived safe and sound in the birthplace of Karate – Okinawa.

It’s funny that I’ve never noticed it before, but the first thing that greets you when you step off the plane is row after row of beautiful flowers.

Purple orchids, to be exact. I mean, in what other grey, dull, airport do you get that? Nowhere, as far as I know. And I think I’ve been to quite many airports. They’re mostly grey and dull.

Actually, even the people you accidentally bump into here are nice. And I mean really nice. For those of you who don’t know what it’s like bumping into somebody in Japan, you really need to come here just to try it. You will literally be showered with excuses and apologies, bowed to a couple of times, and even patted on the shoulder. And this is even if you clearly bump into somebody on purpose, kicking them on their shin at the same time, making them drop all their belongings into a big nasty puddle of mud. You can probably do all of the above, and then laugh loudly at the “poor sucker”, and still not be insulted or yelled at!

Only apologized to, and bowed to.

Compare that to some other countries where you can easily get beaten up at the drop of a dime just for looking at people “the wrong way”!

Anyway, what I’m getting at is that all Japanese/Okinawan people are super friendly, peace loving and helpful. All of the time. 24/7/365. And naturally there’s a dozen different theories to exactly why this is the case; ranging from “they needed to cooperate and maintain harmony to build their communities based on rice harvest in ye old days” to “it’s in their DNA”, and everything in between.

But… are they really that nice and cooperative all the time? Everyone? It sounds like an urban myth, right?

Of course they aren’t.

It’s true most of the time though.

Compare it to the statement heard in some places that “almost all terrorists are Muslims”. Maybe you sometimes tend to say it yourself? Perhaps it’s true, I don’t know. But a serious problem arises when we confuse it with the statement “almost all Muslims are terrorists”, (which is made very clear in The Black Swan by  N. Nicholas Taleb, the book I read on the flight).

Assume that the first statement is true, that 99% of all terrorists are Muslims. This would mean that only about .001% of actual Muslims are terrorists, since there are more than one billion Muslims and, say ten thousand real, dangerous, terrorists out there. The interesting thing here is that the logical difference between the two statements seems very narrow to us, even though it is quite vast in reality. 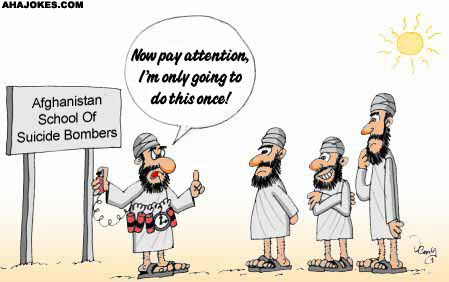 In other words, our brains don’t seem to be made for these kinds of complicated changes in meaning when a statement’s wording is slightly modified.

Speaking of which, these types of statements are the ones you tend to get on some IQ tests, or SATs, right? “All zoogles are boogles, you saw a boogle, is it a zoogle?” It doesn’t have to be, since not all boogles are zoogles. It’s funny how you might be able to actually pass this question, but still feel a chill in your body when you’re standing in line at the airport and notice an arab man with long beard and turban standing behind you.

This inability to habitually transfer knowledge and wisdom from one situation to another (in this case; from theory to practise) is a quite depressing aspect of human nature.

I mean (“here we go…”), if your aim in Karate is to learn and enjoy the ultimate form of cultivated self-defense, when was the last time you practised without your gi on?

Because, chances are quite big that you won’t be jumped by some hoodlums in your brand new Shureido New Wave 3 (which I bought today by the way!), but instead you’ll most likely be wearing the clothes you use in daily life. Seriously, when was the last time you actually practised Karate in your Italian suit and tie (if you’re a business man), your golden thong (if you’re a gigolo) your apron (if you’re a chef) or your swetpants and t-shirt (if you’re a bum “working from home”)?

Okay, some of you might be thinking this is ridiculous, but I believe it’s the “ridiculous” details that count. Surely nothing which aids you goals should be brushed off as something “ridiculous”, especially not when we’re talking about something as serious as self-defense? I can imagine how some executives might think that having hundreds of purple flowers to greet people at their airport is ridiculous and a waste of money, but obviously I found it “ridiculous” enough to blog about? But I digress.

And if you have actually practised Karate in shoes and jeans (which makes it quite more exciting, to be honest), did you practise against seemingly possessed and aggressive opponents? That raised their voices, shouted and cursed a lot?

Because that’s what happens when the sushi hits the fan.

If you haven’t encountered this before (i.e. in the dojo) you’ll be shocked/stunned/paralyzed (all three?) when it happens in reality, even though you think you won’t. I even know some people who got shocked and paralyzed in training.

That should tell you something.

But then again, using the gi and training indoors (try an alley!) is “what we’ve always done” and “what our sensei has always done” of course “we couldn’t just change that” even if “what you say sounds very good” and all. “It’s tradition, you know?”

Then again, perhaps your goal in Karate is not to learn the ultimate form of “traditional” self-defense? For you it might be all about sport? Trophies, awards and recognition?

Well then, you might as well skip all that kihon crap, along with either kumite or kata (depending on which one you don’t compete in). And kobudo? Forget that, d0ode! There’s no National Team in that!

If your main goal with Karate is to make it to the top spot, you need to treat practise as competition. Put a real tournament mat out. Use a proper gi. Use all protectors (yes, even those that are time consuming to put on). Don’t use mirrors, you won’t be competing with mirrors. Ask three or five people to judge you, even though they they know squat about what you are showing them.

The point? It adds that extra touch of “ridiculousness” that you need in order to feel at home when you are standing there in the spotlight, ready to take home that gold.

Okay, so your main goal in Karate is not competing either? You just want to lose weight?

Train in different intervals (some common protocols can be found here), using a timer, for maximum exercise after-burn. Use Tabata. Use a personal pulse meter, and determine your optimum intensity range. Keep records of your weight. Change your diet. Change your habits (don’t skip the stairs if you’re going straight to the StairMaster at the gym anyway!) and the list goes on.

Sure. You can do that.

But expect nothing but plain old vanilla results.

The fact of the matter is that Karate today contains all of the above and much more (self-defense, competition, weight loss, physical conditioning, mental training, philosophy, other health stuff…) in an weird semi-oriental eclectic mix of “tradition”, whether you acknowledge it or not. A sensei can teach what he wants, but in the end his teaching(s) has to please a student’s goal(s).

My suggestion is that you step your game up, or else you might be pushing on in the land of mediocrity forever, never knowing the feeling of – if only occasionally – potentially maximizing any facet of your art.

It’s all about practising the transfer of knowledge from one situation to another.

Because not all muslims are terrorists.

But all Okinawans are definitely friendly.

Or was it the other way around? 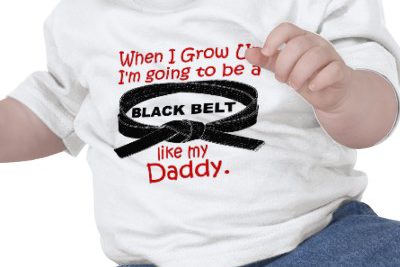 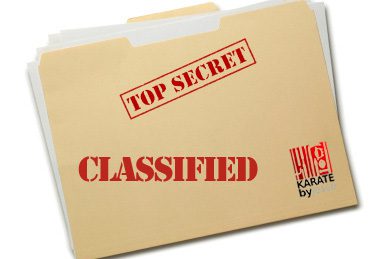 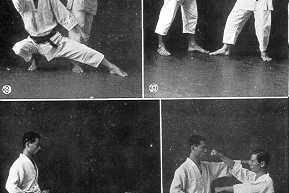