3 Things My First Triathlon Taught Me about Karate (& Life)

I finally did it.

After swimming my ass off in the ice cold, pitch black water of Stockholm’s murky old town area, bicycling like a maniac in the pouring rain across half the city and back, and then finally running a couple of gruesome laps beneath the dark clouds in the back-alleys and narrow cobble streets surrounding the king’s castle, I finally made it to the finish line.

Thereby completing my first ever triathlon.

Needless to say, the World Triathlon Stockholm (which is a part of the ITU World Triathlon Championships series) that I have now successfully completed was not the easiest thing I’ve ever done. Not to brag or anything, but this was kind of a big competition. With the support of top-tier commercial partners like Samsung and Dextro Energy, this triathlon series introduces exponential growth in athlete prize money, media coverage and sport exposure, as well as allows for happy amateurs like me to take part – without even checking if I actually belong to a triathlon club (I registered under my dojo name)! Ha!

I completed a whole frickin’ triathlon (not Olympic distance though, I love life far too much for that!) which, by the way, totally justified the 30 pieces of sushi I indulged later that evening. (If you really need to know; it was delicious – even though my fresh blisters desperately tried to steal the attention away from my mouthgasm-inducing raw fish on rice.)

So what I would like to do, as I’ve now had approximately 24 hours to contemplate my overwhelming experience, is to tell you exactly what pieces of wisdom and insight this crazy event actually gave me, and more importantly how you can use that to boost your understanding of Karate in your noble quest for becoming the best Karate Nerd™ you can ever be.

That’s what I thought!

Withour further ado, here’s 3 things my first (and last!) triathlon taught me about Karate (and life).

The sound of somebody kicking me in the face echoed in my head as yet another adrenaline-pumped triathlete swam past me in the stormy water.

“Oh, you’re in a hurry, are you? Well go ahead then, my handsome face can surely need another kick!”

Triathlon, just like Karate, resembles a microcosm of life in many respects. There will always be people trying to be better than you, trying to beat you down, trying to win over you. It’s a part of nature.

They’ll talk trash about you by the water cooler, or “forget” to invite you to that cool dinner party next weekend. You know what I mean: The nasty sides of human behaviour are manifested in all shapes and forms throughout our everyday lives.

But don’t give up.

The people I didn’t beat in swimming, I later beat in the bicycling part.

And the people I didn’t bicycle past, I later ran past.

Man, did that feel awesome or what!

There will always be phases or situations in your life where people pull you down or belittle your ambitions – either intentionally or not – but you must always remember that as long as you persist, those people are just fooling themselves. No man can be king in all domains of life (even though it might sometimes look like that), so by wisely choosing your battles you will eventually find those situations where you totally rock, and those where you totally suck. In the latter case, all you need to do is persist… until it’s your time to shine again.

I knew that I would beat them later, because I have something none of them have.

A mind that never quits.

Which constantly feeds me the confidence and security I need to fight my own way to the finish line – whether that fight occurs in a triathlon, in the office, in the dojo or in the street.

And it’s the stuff any black belt holder worth his salt is made of.

See, you don’t have to convince anybody about anything. Not your sensei, not no judge. Nobody. Just never, ever, ever, give up; and people will automatically be convinced. Convinced that you’re here to stay, and that anybody standing in the way is in for a looong ride, on your terms. Heck, that’s basically how Antonio Diaz admitted he finally became the WKF world champion in kata – by being amazingly persistent.

You don’t win by just trying to be better than people – that’s too much work.

You win by lasting longer than people.

A black belt is simply a white belt who never gave up.

“What if this happens? What if that happens?” Triathletes probably know a whole lot about optimally organizing their equipment (since you lose time if your transitions between the three stages of the competition are too slow), but let’s face it: When you’re surrounded by 3000 people from all over the world competing for glory and fame (and money!) – things are bound to turn messy real quick.

Sure, organize how much you want to. Prepare how much you need to. But when crap hits the fan, the only thing that will save your ass is a calm and collected mind, focused on the task at hand with the goal in sight.

Did I break down and cry? Did I throw my bike in the river and call mommy?

As Helmut von Moltke, the great 19th century military strategists, was famous for writing: “No battle plan survives contact with the enemy.“

Karate is a martial art based around this exact concept.

And no referee will be there to stop the fight and call a medic the second your nose gets busted.

You will have to give 110% from the get-go, with whatever the situation provides (or doesn’t provide) in order to come out safe and sound on the other side of the encounter. So let go of attachments and roll with the punches. Because chaos is the first law of nature.

Guess how many times I prepared for this triathlon?

Because that was the whole point! Last time I swam more than five strokes was probably in high school. And running? Bicycling? Haven’t seriously done any of those in years.

So I did it anyway.

And if life doesn’t hand you any lemons, climb up a tree and snatch some.

3: Triathletes are bad-ass. Because they have awesome goals.

These guys and girls run, swim and bike for hour after hour, only stopping now and then for some quick sips of water, with seemingly otherworldly mental and physical endurance… just to get a tiny medal at the end.

And they do it all in the tightest clothes you can possibly imagine. 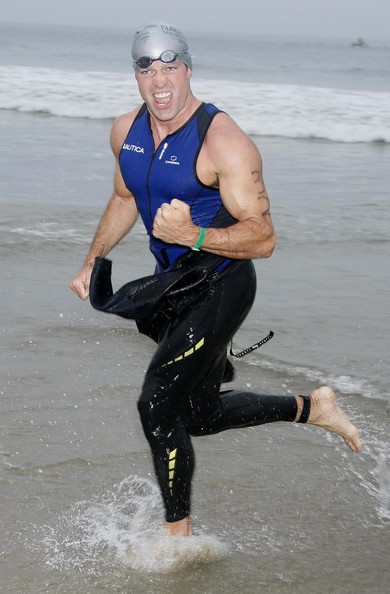 But clearly, as any quick cost-benefit analysis would tell you, they’re not doing it for the “prize”.

They’re doing it for themselves.

They’re doing it to test their limits.

So don’t squander the greatest asset you possess – the hours of your one and only life. Use them for something that will actually make you grow, even if it seems hard or unnecessary at first.

I personally believe that when we test ourselves, whether physically or emotionally, we tap into what is most essential in our humanity. We scale the uncertain heights of existence itself – of physical risk, bodily endurance, emotional depth, creative power and human connection. Don’t get me wrong though; safety and security are true blessing we should all be thankful for. But there’s also something to learned from risk. Especially in Karate.

As Diane Ackerman, American author, poet and naturalist once put it:

“Where there is no risk, the emotional terrain is flat and unyielding, and, despite all its dimensions, valleys, pinnacles and detours; life will seem to have none of its magnificent geography – only a length.”

If you ask me, there is nothing more dangerous in life than chronic comfort.

When you find yourself in a place where you begin to settle and accept the whims of whatever circumstance, paradigm or context the world has trapped you in, it’s time to kick yourself in the ass.

And the best way to do that is by setting a goal.

Whatever you choose to call it, you need something on the horizon.

Because that was the only way I could possibly make it through!

As human beings, we are awfully bad at enduring pain. Terrible. We flinch and give up way sooner than we actually want to. Therefore, as popular science has taught us for many decades now, having a goal takes away that temporary pain and shoves us into the comforting arms of destiny.

But don’t set a deadline, set a dreamline.

And make the goal internal, not external.

Because evidently, that’ll make you totally bad-ass (tight clothes or not).

And with those words I conclude these three things my first ever triathlon taught me about Karate (and life).

Hopefully, it taught you something too. 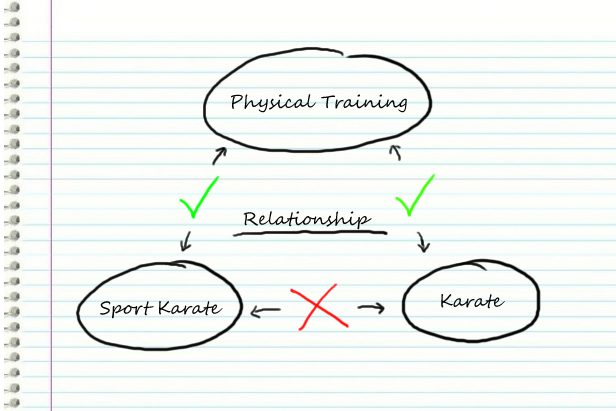 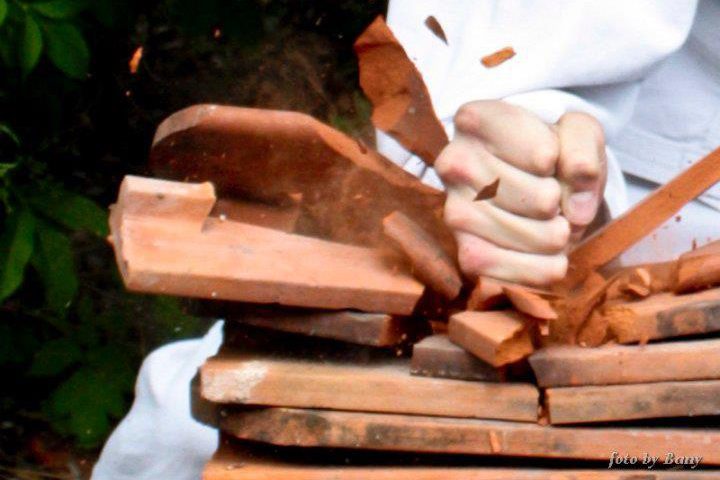 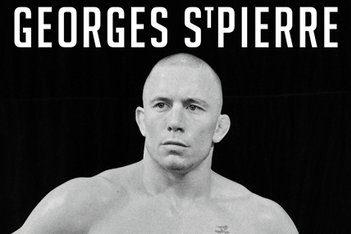