The Dynamics of a Black Belt

A while back, we received a phone call to the dojo.

The call came from somebody who had been training Karate once (a long time ago), and now wanted to continue. Obviously, somewhere along the way his career, wife and kids had come along, leaving Karate pushed aside. But now he was ready to rock ‘n roll again!

“Sure, why not? No problem at all, just come by the dojo when we have class. You can just wear regular clothes if your old gi doesn’t fit.” I told him. 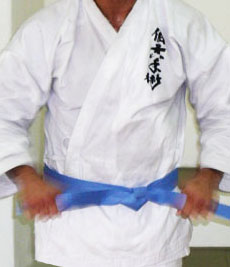 At this point I’m wondering if I just heard right, or if I needed to dewax my ears. Apparently, this fella’ who hasn’t been training for 10+ years, feels like turning up for his first session wearing his blue belt. A real blast from the past.

Just like his real skills weren’t as important as his perceived skills.

“Umm… well… of course, you can wear whatever you feel like” I hesitantly replied. “But then we presume you remember everything for the blue belt, of course.”

I could hear his face turning red.

That was being kind. Really, I would have wanted to say: “Hey, you know what? I have an even better idea: Why not just wear my black belt instead? Sure, it’s a little worn, but that just adds to the blackbeltness! And it has “Jesse” written on it, but you can just scratch that away. What the heck, you can probably special order a golden belt with red stripes and built in laser cannons on it from the internet and wear that instead!”

Apparently he was bringing his wife along with him, so it was probably a “man” thing.

But nontheless, it seems we have a problem here.

Because this wasn’t the first time an old-timer had returned to train Karate, wearing his old sweaty belt (though this guy has yet to show up). Far from it. We’ve had brown belts and even black belts with the exact same question.

The problem, I think, lies in the very fact that many people think that the Karate belt is a static symbol of your skill level, and that once you’ve “earned” the belt it’s yours forever. And, if somebody says different they’ll simply have to rip the belt away from your cold, stiff corpse.

Because it’s not static.

Your black belt (brown belt, blue belt, green belt…) is just as dynamic as Usain Bolt’s three Olympic gold medals, which are probably stuffed away in a locker under a pair of dirty socks somewhere in Jamaica.

Imagine if he would call up the guys at the Olympic committee, asking if he could “wear his old medals” at the next Olympic Games.

Because he knows they’re not static.

The black belt, or any other belt/rank, is just like an Olympic medal. You train very hard for years, step up, do your best, spill some blood and earn it. It is a measurement of the level you showed at that occasion (the grading/the Olympic race), which was in the past. Not now. It is up to you to keep that level.

To believe that a Karate belt is a static, fixed, symbol of your current skill level can be likened to an old, retired military officer who walks around proudly with his Medal of Honor at the military reunion, bragging to his old pals.

We see the medal, and acknowledge it for what it is.

The grey-haired officer wears it to remind everyone at the reunion that he once did a heroic deed “above and beyond the call of duty”, and has the potential inside him to do it again, if necessary. He doesn’t need to prove anything again. He’s not in a war anymore, so he doesn’t need to back it up.

But we need to.

Because you’re never better than your last technique. And if you’re training in my dojo; that technique  better correspond to the piece of cloth (belt) dangling around your waist.

Or else you’re confusing this dojo for a military reunion.

I mean, even in rural Okinawa some old 10th dan “grand master” hanshi dudes are training like crazy (CRAZY)! They’re not covering anything up with corny lines such as “Sorry, young grasshopper, I cannot show you this technique because it is too deadly/you are not ready yet/you don’t pay me enough/the stars and planets are not aligned properly”.

No, not at all. On the contrary, these ol’ motherlovers regularely hold demonstrations, camps and seminars everywhere (even internationally), gladly doing a thousand shiko-dachi punches with you just for fun. And most of them are somewhere between 65 and 75 years young.

In short, they always represent their belt.

In fact, they quite proudly walk around representing their 30 year younger self.

How uninteresting is that?

But let’s forget those sad has-beens for now (who are not exclusive to the Western world, mind you), and let me just tell you briefly about a member of our dojo who really impressed me lately. Let’s call him Ted.

Ted, who could easily be mistaken for a tall, dark, handsome stranger in his late twenties, recently came up to me before class was about to start, and asked for permission to – listen closely here – wear his brown belt. “What’s so special about that?”, you’re wondering. Well, nothing…

Except for the fact that Ted is really a black belt holder.

Ted, in his own words, felt like he “couldn’t uphold the standards of a black belt anymore” and humbly asked for permission to degrade himself(!), if only temporarily, until he feels his skills match his black belt again.

Lately, he had been feeling like a brown belt, apparently.

After nearly stumbling on my jaw (which was lying somewhere on the floor), I told him that he really didn’t need to. He had been bestowed the black belt for a reason, and it should be his goal to push himself every session to that black belt limit, showing his true colors. In fact, some teachers might find it offensive if their students just “degrade” themselves like that, because it implies that the teacher had shown bad judgement when awarding the student his belt.

But he was having none of that.

Ted wore his brown belt for almost a month. And don’t tell me that’s not a refreshing point of view.

In fact, Ted perfectly embodies what that guy who called a couple of weeks ago (asking to wear his blue belt) totally failed to comprehend.

Your belt is not static.

And you’d better be prepared to back it up – irregardless of your age, ethnicity, gender or grade.

“Honesty is the first chapter in the book of wisdom.” 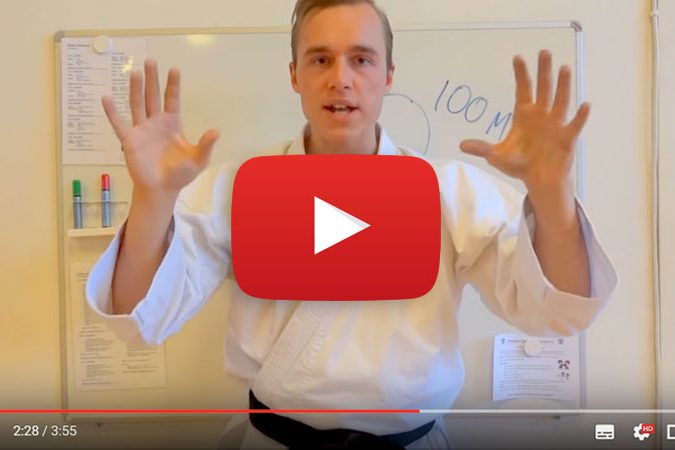 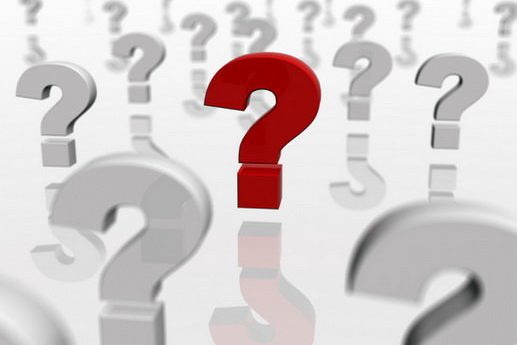