The Birth of Today’s Karate

I’m going to begin this post with a story.

What would you say if I told you the following:

Once upon a time there was a guy who was only 17 years old, that wanted to study Ju-jutsu in Japan. He searched hard and long for a teacher, until one day he finally found a good one. His sensei, actually believing that he was not mature enough for more serious training, only instructed him in fundamental technique though.

“Booooring!” the young man thought, and by the time he turned 18 he was tired of drilling basics, so he located an new sensei, named Fukuda, whom he trained under until his untimely death a year later.

The young man continued practising what he had learned from both teachers, and by 21 years old finally got himself a teachers license (kyoshi menkyo), thus “mastering” the art of Ju-jutsu. The following year he and nine of his students set up his first dojo. Two years later, at the mature age of 24, the first “dojo rules” (dojo-kun) were written, and he officially opened his dojo, which he named the Kodokan.

The man’s name was Kano Jigoro, founder of Judo!

I was, when I first found out about this.

Why can’t Karate history be as easy? That would save so much time! But… at the same time it would make everything less exciting and mysterious! And we want that, right? Solving the riddles of Karate, tracing the roots… it’s kind of like reading detective fiction, and figuring out who the murderer is.

You never know where it ends.

So what I want to write today is a short piece on the history of Karate. Or rather, I want to write about the exact time and place when I think Karate – as we know it today – was born.

If you feel that you need to refresh your Karate history a little, this post is for you. And if you already know your history, simply consider this post a reminder.

Anyway, the reason why I started with describing the life of Jigoro Kano (pictured to the right) was because if it wasn’t for Judo our Karate would look very different, and in worst case maybe wouldn’t exist.

Of course this is only speculation, but you never know…

In the land of no chairs (Japan) there exists a saying that goes like this:

The literal translation of this phrase is “The stake that sticks out gets hammered down” and the meaning is something along the lines of “It’s better to conform than to stick out”. In other words, simply don’t stick your head out, or else it might get chopped off. Encourage conformity.

“Deru kui wa utareru” was basically the most important proverb in Japan during the time Karate was introduced (1920’s) to mainland Japan from the island of Okinawa.

“Introduced by who?” you ask.

Well, there’s more than one person involved in this (it’s not Judo, remember?). During the years between 1921 and 1933, eight individual Okinawans – Gima Shinken, Motobu Choki, Funakoshi Gichin, Chitose Tsuyoshi, Miyagi Chojun, Mabuni Kenwa, Uechi Kambun and Toyama Kanken – traveled from Okinawa to the mainland of Japan in order to introduce their interpretations of their native fighting art (at that time referred to as Karate-jutsu).

You are a noble, handsome, rich Japanese man (from an old samurai clan of course), who wants to send your firstborn son to martial arts training. What would you choose, from these three?

Well, most people wouldn’t choose the Okinawan alternative (#3) of Karate-jutsu.

Because when Karate-jutsu was introduced to to the mainland of Japan it was far to rudimentary, individualistic and strange for the average Japanese person.

Moreover, it had no real established training uniform (like the other Japanese martial arts) nor did it have common standards through which to learn, practice, and teach the art (a syllabus). It didn’t even have a tournament system, or ranks!

And to top it off, Karate-jutsu came from a petty island full of short, hairy, people (with darker skin) who even talked their own language (uchinaguchi) that only vaguely resembled Japanese. Also, this was at a time when Okinawans, ainu, foreigners, and to a large extent women, were heavily discriminated in society.

The mere thought of comparing this “Karate-jutsu” to refined arts like Judo, Kendo, Kyudo, Jukendo, Naginatado, and other modern Budo (Gendai Budo) was almost a blasphemy!

In Japan, a stick that protrudes needs to be hammered down (“Deru kui wa utareru”).

Karate-jutsu was a big sharp stick.

So one day in December 1933 the Dai Nippon Butokukai ratified Nihon Karatedo (The Japanese Way of the Empty Hand) as a new martial art, arguably with the same status as Judo, Kendo and other modern Budo arts.

But it came with a price:

It needed to be hammered down.

If Karate-jutsu was to be transformed and accepted by Japan – and in the long run the rest of the world – a few criteria had to be fulfilled.

The four most important being:

Martial arts, if they wanted to become accepted in a modern Japanese society, had to emphasize following “the way”, meaning the way of enlightenment. The way of our mind, through our bodies, that leads us to the very center of life itself, transcending it. It is not a physical way, rather a never-ending journey on the inside.

So, by adding a little Zen flavour, both the name – and aim – of Karate-jutsu shifted.

No, I’m not talking about Obi-Wan Kenobi. I’m taking about obi, the Japanese term for sash/belt.

The obi had to be introduced (white, green, brown, black etc.) along with the “uniform” known as the gi. This was copied straight from Judo. Except… the gi was made a little lighter, since grips were not as common in Karatedo as in Judo.

A way of determining skill level seemed practical, so the system of using dan/kyu ranks was copied straight from Judo (there we have it again) with a little changes here and there.

Maybe the most controversial factor of Karate today?

Well, love it or hate it, it had to be done.

Using the principle of “Ikken Hissatsu” – to kill with one strike – the “shobu ippon” kumite system was introduced to test technique and fighting spirit. Resembling a violent game of tag, opponents were to aim at anatomically vulnerable targets and stop a few inches in before impact, in order to avoid injuries.

These four criteria were fulfilled in December 1933.

And Karate as we know it today was born.

Practically stripped of its original Okinawan identity, robbed of its pragmatic self-defense, transformed into a Judo/Kendo clone and used as an abstract form of excercise…

The Okinawan art of the empty hand was definitely hammered down good.

And in the end I guess we should be thankful for that. 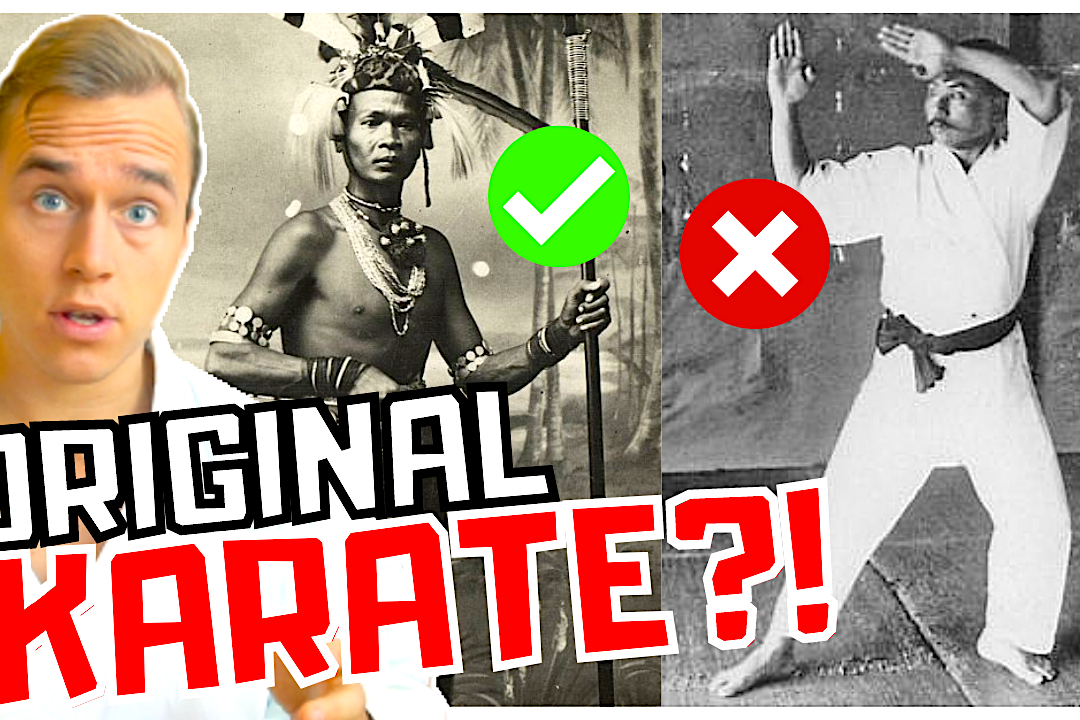 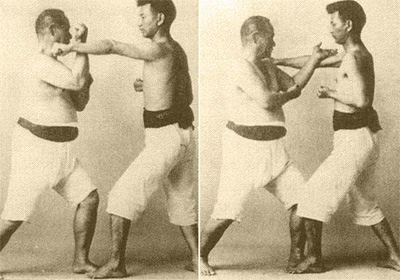 “7 Points of Karate-jutsu” by Motobu Choki