Okay, so yesterday I was at this competition, right.

I’m standing there, waiting for the thing to start, when I’m suddenly interrupted by a loud machine-like sound to my left. It’s hard to describe, but it was sort of like this deep, throaty stutter, like the sound a dog makes just before it throws up.

So, curious as I am, I look to my left, and – lo and behold – I see a fellow competitor warming up. He’s doing the spinning move from kata Seipai, where you slap your opponent in the groin, you know? Except his slap is more like a gentle touch. His spin is really fast though. And his mechanic stutter is really loud.

That’s tournament kata in a nutshell.

Emphasis on the totally “wrong” things.

I mean, excuse my French, but what he did was just pathetic. That’s the kindest way I can put it. I was literally standing there, watching him as he repeated his movement over and over again, and I was flabbergasted. Never in his life would he elicit the pain withdrawal reflex (PWR) that the movement in qustion is intended to draw (a slap in the groin makes you bend over, right?), making the rest of the techniques work like intended.

So, it seems something has been lost.

And not only that, but he was actually cheating! Everybody was! Well, not really cheating, but compensating for stuff by fluffing up other stuff. Sounds weird, I know, but let me explain.

This is some of the criteria that the World Karate Federation (WKF) uses when judging a kata performance. You might have seen it before.

Just like communism, jet-packs and the spork, these criteria sound really good in theory. That is, until you one day realize that the spork actually makes your mouth bleed, the jet-pack burns your legs off, and communism… well, let’s not go there.

Almost none of these criteria are followed. It’s all a hoax. A bluff.

We have been fooled.

There is only one rule.

You see, 90% of the above criteria are often completely ignored and/or misunderstood by today’s judges, because quite frankly most of them have never trained enough Karate themselves to even know the difference between a zenkutsu-dachi and a moto-dachi! They don’t know “correct tension, focus, kime”. They don’t know “proper understanding of the kata bunkai”. And they have absolutely no idea about the “correct tension in stance” and many other of the above criteria (and neither have you or I) because it’s impossible to see!

And here is the keyword.

A kata competition can never be anything else than a visual contest. Unless the judges actually walk around and feel the punches and kicks, feel the correct muscles working etc… Kind of like old-style Karate training was done, without a gi.

But we can’t be having that. A judge can only go by what he sees. Which is basically speed. Power or strength is hard to see, unless you know what to look for. So 90% of the above criteria are just bunched together and tossed in some kind of robotic theatrical pseudo-karate stew.

Let me show you what else that stew contains.

Here’s the top 5 ways to “cheat” in a Kata competition: (okay, not really cheating, just… you know)

1. Have an absurdly long belt.

Look at this picture I took at a demonstration in Okinawa in 2008. This is a guy from the Danish national kata team. I have not edited the photo. 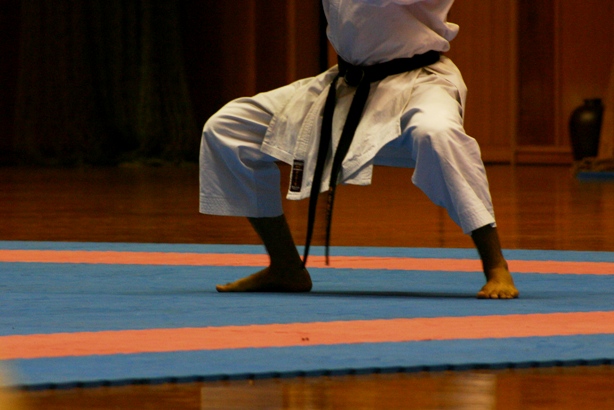 Now, don’t tell me that doesn’t look wrong. Bizarre, even. He isn’t alone though; all around the world belts are growing longer and longer, because let’s face it – your stances look deeper when your belt almost touches the floor. That’s the reason.

And, as a bonus, they flap around more when they are longer, giving you a bigger chance of “accidentally” slapping it against your thigh or chest (which makes for a terrific Hollywood-like sound).

2. Have a ridiculously big gi.

Now, I was going to use another example from the Danish national team (they’re doing everything “right” when it comes to Sport Karate by the way), but World Champion Luca Valdesi will do for now, I guess.

Though his gi is small compared to some other people…

So why have such a big tent-like gi then? To hide something?

A big gi effectively hides anything that goes under the title of “Important Details”, which means that you can basically have every joint in your body improperly aligned (ie. not behind the line of power transmission) and still get away with it because, again, if it can’t be seen it can’t be judged.

Oh, and a long, big gi makes your stances seem even wider and deeper.

What has potatos, pasta, rice and a tournament Karate gi in common?

They all contain a helluva lot of starch.

Of course this is a well-kept secret in Sport Karate circles, so I’m not really supposed to say this. But in order to improve the show-effect of executing kicks and punches with an audible “snap”, you can actually starch the gi.

Just take your pick, throw it in the washing machine and watch the magic unfold.

In particular the ends of the sleeves from the elbow down and the pants from the knee down are popular. You’ll be one noisy competitor in no time, and suddenly you’ll not only look better, but also sound better!

So, while I’m arguing that a kata competition can never be based on anything other than the judges visual input, that’s not the whole truth. Nope. As I just noted, having a big snap in you techniques also helps, which means that the judges also hear you, and not only see you.

In other words, visual and AUDITORY.

This has led to what I’d like to term the “grunt cult”.

Promise me to never become a member of it.

I mean, it’s okay (even encouraged) to exhale as you do a technique. I have no problem with that. Boxers do that. MMA people do that. Tennis players do that. But when the exhalation is substituted with a loud grunt (which doesn’t serve a sound [pun!] combative purpose), then something is definitely wrong.

Actually, somebody once told me a long time ago that this excessive grunting started in Spain somewhere, by some kata team, but maybe that’s just rumors…

Anyhow, this is how it’s supposed to (not?) sound:

Last but not least, if you want to be successful in Sport Karate, then you will have to drastically modify your normal Karate technique. In short, you’ll have to basically substitute power and strength (which can’t be seen) with speed (which can be seen).

In the example of a regular punch; we don’t need to use our hips or legs as much (yay, save energy!) and we can generate basically all power we need (not that much anyway…) from our shoulders alone. Since we don’t need maximum explosive power anymore, we can take the fastest route instead and disconnect our punch from the rest of our body. This means that the punch starts from the shoulders. It simply goes faster than if you were to generate speed and power the proper (longer) way.

However, that’s not enough.

To make it look like this “power” (speed) actually has potential confrontation-ending effect (we need to show that we “understand the techniques”, as the criteria tells us, remember?), the competitor simply adds some extra hip twists which are completely disconnected from the actual punch that it they’re supposed to aid. This extra hip twist serves no real combative purpose of course, just like the rest of these points I’m bringing up. It’s like, imagine a two-wheeled

wheelbarrow where the two wheels spin in opposite directions.

They don’t help each other.

But they both move.

So to somebody who doesn’t understand a wheelbarrow, it looks perfectly correct (they’re moving, after all!).

It serves only to please either the auditory or visual sense(s) of the judge.

Okay, that’s enough. Let’s stop here. I also have some other points, like the excessive use of slow pauses, treating different kata like Pokémon trading cards (gotta catch ’em all!) etc, but that’s for another time.

As you’ve noticed, since judges only rely on their visual and auditory senses (along with their often limited knowledge of what they’re supposed to search for in the first place), these “cheats” all work very well. Not on all judges, but many.

In fact, they’re used all the time.

And why shouldn’t they?

It seems to me that Karate tournaments are almost a manifestation of what Karate legend Sokon “Bushi” Matsumura warned us of in his 1882 “Seven Precepts of Bu”, where he classifies three kinds of “Bu” (a term denoting martial arts in general).

Sport Karate clearly fits in with his second classification which he titles: “Meimoku no bugei”:

Meimoku no bugei, (“nominal styles”) are of purely physical form, which aim only at winning. Without virtue, participants are known to be argumentative, often harm others or even themselves, and occasionally bring shame to their parents, brothers, and family members.

He later goes on, saying that we don’t actually need “meimoku no bugei” (Sport Karate?), and that it will never help us find the Way. He also compares it to some literary study, saying it only “captures a shallow understanding” and “cannot be considered a complete study”.

However, Matsumura then seems to feel some guilt, and promptly ends his essay with:

“I may appear somewhat unsympathetic, but my conviction lies strongly in the principles of “budo no bugei [which he considers the true and genuine method of Bu]”. If you embrace my words as I have divulged to you, leaving no secrets and nothing left hiding in my mind, you will find the Way.”

Well, Zhou Enlai, China’s legendary former prime minister (1949-1976) was once asked about the significance of the French Revolution (in 1789). His answer was: “It’s too early for us to tell.”

So, what significance will sport Karate have in the grand evolutionary scheme of Karate as a whole (as an art)? 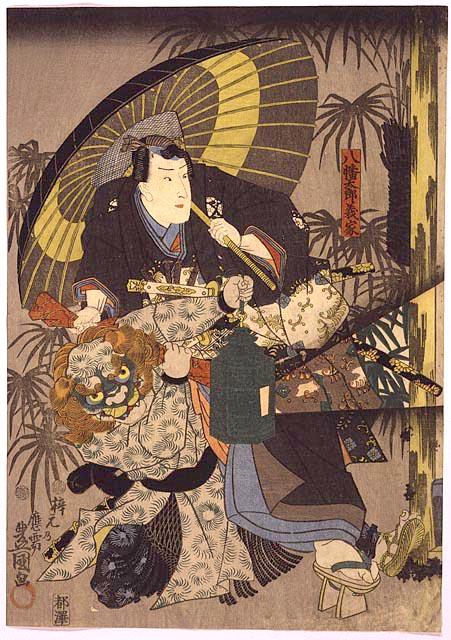 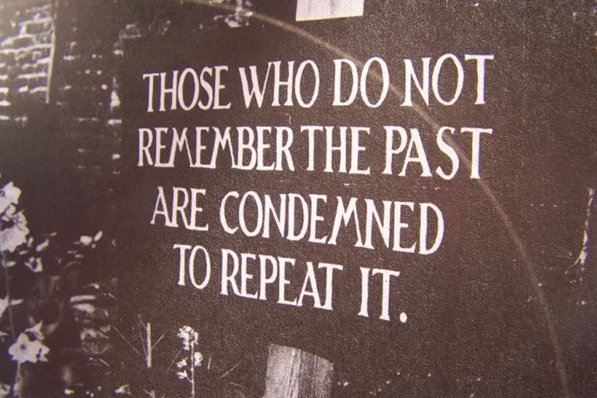 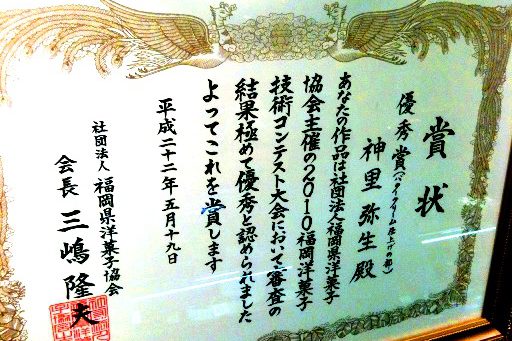 The Truth of “Ti”