I once heard that the only feeling you never forget is embarassment.

Or was it humiliation?

Anyway, if you ever go to Japan, or Okinawa, chances are big that you’ll make a fool out of yourself not only one, but most likely two, three or four times. Multiple. The Eastern culture and mindset is just as opposite to ours as its geographical location tells us it is. Remember The Smile?

So, fun (read: embarassing) things are bound to happen when you visit the motherland for some serious Karate training.

Myself? I’ve been almost punched in the face by a 9th dan in Karate(!), literally screamed at by a female sempai, “unintentionally” tackled a guy into a shelf (it turns out Japanese people pass behind other people), and much more. All of those happened a long time ago, but I still cringe when I think about them.

So, to ease my “nostalgic” pain, I thought I’d share a particularly insightful mistake I recently made, which might teach you something in the process. Perhaps.

It was in the middle of the night, and I was standing in a pitch black lawn in the deepest pits of Naha, Okinawa, being taught some… secret stuff. That’s all I can say, sorry. Let’s just say that there are no other foreigners doing this, the sensei is a 70+ years old chain smoker, and training is done in regular clothes – always outside in the middle of the night. To top it off, the “techniques” don’t even have any names.

And if it rains, training is cancelled.

Now, this particular night my sensei’s most loyal student – a stern man in his late 50’s – had accidentally dropped his weapon during a very cool showoff. Of course I had no problem with that, I was just glad to be taught these things. And besides, if you have a broken hand it’s totally okay to drop stuff.

Still, I could not still my curiosity. So I immediately asked him, as he picked up his weapon:

“What would you do if you dropped your weapon like that in a real fight?”

The main point about this style is that it is made for deadly combat, a point which was painfully emphasised every the time I made a mistake. So, naturally, when the co-sensei finally made a mistake, I just had to give it to him, right? Eye for an eye?

I heard a chair squeak behind me. The old sensei stood up from the shadows, looking at me through the cigarette smoke in the darkness.

He had sensed a gaijin fool to be lectured.

He grabbed his weapon and walked slowly over to me, saying “Why do you ask this?”. Why? I was baffled. Hadn’t he just seen his most loyal sidekick drop his weapon just a few seconds earlier? No? Apparently it didn’t matter, because this gaijin was still to be taught a valuable lesson in the spirit of Budo.

We stood in silence.

I didn’t know what to answer.

All you could hear were the grasshoppers in the surrounding jungle.

The old sensei was staring at me, waiting for an explanation. Why did I just ask that? Why couldn’t I just have kept my mouth shut? Well, I really wanted to know if there were some “secret-secret” techniques for these types of empty hand situations. That’s all.

After what seemed like an eternity, my sensei suddenly said:

“Imagine that you are in Africa. You are walking on the empty savanna, searching for food, when you suddenly encounter a giant lion. The lion hasn’t eaten for days, and neither have you.

Your only options are to kill the lion… or let the lion kill you.”

Ah… I see what he did there.

He said that I am on a wide savanna (so that I can’t outrun the lion) and in other words I would have to a) fight for my life, or just b) give up and become another number in the man-eating lion statistics. The word I believe he used was “jissen” (real/actual combat).

I looked at him like a dog, waiting for the humiliating punch line.

“So, there you are on the savanna, with a heavy lion in front of you, with your weapon in hand.

Now – you tell me – what would YOU do if you dropped your weapon as the lion attacks?”

And there was my answer.

If there’s a prize for most stupid question ever made to your sensei, consider me a candidate

I couldn’t help but smile.

My sensei then continued by saying that this is the mindset that you must always have in training – in Budo – or else you are just a fake, a dancer or performer. I could tell that he knew this from his lifetime of Budo-style training.

He then took a puff of smoke, looked me in the eyes (as if, “Did he get it?”) turned around and slowly returned to his beloved chair with his weapon in hand.

And that was it. 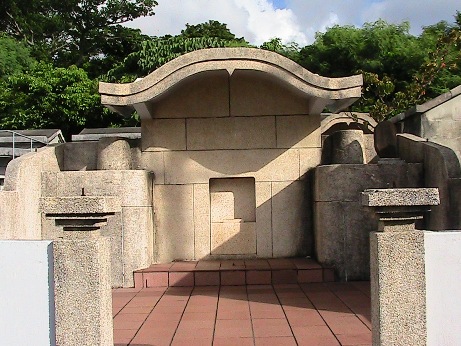 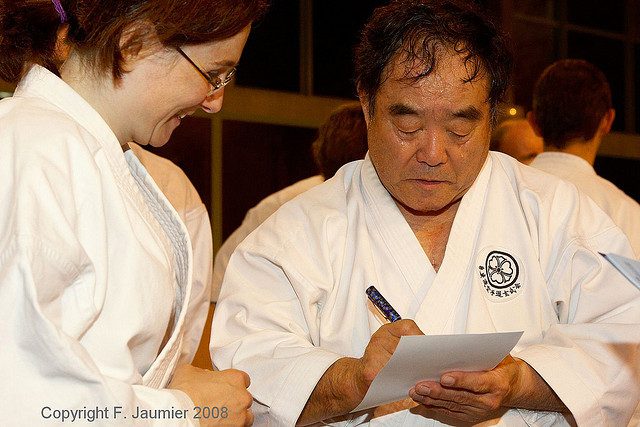