The legendary shouts of Archimedes echoed throughout the streets of Syracuse, as he ran around town naked, yelling “I have found it!” – so excited by his new scientific discovery that he had even forgotten to dress.

In case you skipped history class in high school, Archimedes of Syracuse (287 BC – 212 BC) was a Greek mathematician, physicist, engineer, inventor and astronomer. Although few details of his life are known (besides his infamous “Eureka!”-run through town), Archimedes is regarded as one of the leading scientists in classical antiquity. Among his discoveries in physics were the foundation of statics, hydrostatics and an explanation of the principle of the lever – along with some pretty innovative machines (including siege engines and screw pumps).

Those old Greeks were so nifty!

Today, Archimedes is considered one of the greatest mathematicians of all time. But his greatest discovery would never have taken place if it wasn’t for his king.

And, coincidentally, the learnings from that particular discovery process can actually help you determine if you have a good Karate sensei or not.

Allow me to explain:

As the story goes, some 2,200 years ago, King Hieron II of Syracuse (in Sicily) gave a goldsmith a bar of gold and ordered him to make it into a crown. Said and done, the goldsmith delivered a swagged out crown a couple of weeks later, but upon closer inspection the king suspected that the goldsmith had substituted some of the gold in the crown for cheaper metal like silver.

However, the king had no way of proving his suspicion. So he asked Archimedes – the most famous scientist in the hood – to find a definitive answer for him.

The problem proved trickier than anticipated though, and Archimedes studied day and night to find a solution.

Nothing seemed to work.

But then, one morning when Archimedes was about to take a bath, he suddenly realized something. As he slid into the bathtub, some water would always flow over the brim. The more Archimedes sunk down in the tub, the more water splashed out. In fact, the volume of displaced fluid seemed to be equal to the volume of the submerged bodyparts.

Since Archimedes knew that gold was denser than silver, if a certain weight of silver had been substituted for the same weight of gold in the crown, the crown would occupy a larger space than an identical one of pure gold.

Archimedes swiftly jumped out of the bathtub, got the crown, immersed it in the tub and measured the spillage. Then did the same procedure with an exact amount of real gold – if the goldsmith had indeed made a crown of pure gold, the volume should be the same.

Archimedes had not only discovered what we today know as Archimedes’ Principle (“Any object, wholly or partially immersed in a fluid, is buoyed up by a force equal to the weight of the fluid displaced by the object.”), but he also proved that the goldsmith was indeed cheating the king.

The funny thing about this story is that, even though Archimedes took baths all the time, he would probably never have discovered this scientific principle if it wasn’t for his king’s request to solve this particular problem.

Archimedes was literally immersed in the answer every single day.

He just needed somebody to ask him the right kind of question.

And this, dear Karate Nerd™, is what every great Karate sensei on earth knows.

“A good teacher can never be fixed in a routine. Each moment requires a sensitive mind that is constantly changing and constantly adapting. A teacher must never impose his students to fit his favorite pattern. A good teacher protects his students from his own influence. A teacher is never a giver of truth; he is a guide, a pointer to the truth that each student must find for himself. I am not teaching you anything. I just help you to explore yourself.” – Bruce Lee (1940-1973)

You see, what characterizes a really good sensei is not so much his grades, lineage, style, dojo, titles, awards or number of students.

(Not even what kind of car he drives.)

What characterizes a good sensei is the amount of times he makes you realize that you’ve had the answers to your questions all along.

And that’s how you know if your sensei is good or not.

It’s all about being gently nudged out of your comfort zone, day by day, class by class, technique by technique, (often without even noticing it) until you suddenly hit that incredible insight that pushes you over the tipping point – making the discovery overflow your “bathtub of Karate”.

The best Karate teachers often make you think “this is stupid” again and again and again, until you suddenly get that “aha”-moment… and finally realize why you had to go through those seemingly “stupid” exercises all along.

Forcing you to realize that you already had the answers inside.

You just needed somebody to bring them out of you.

That’s what a great sensei does. 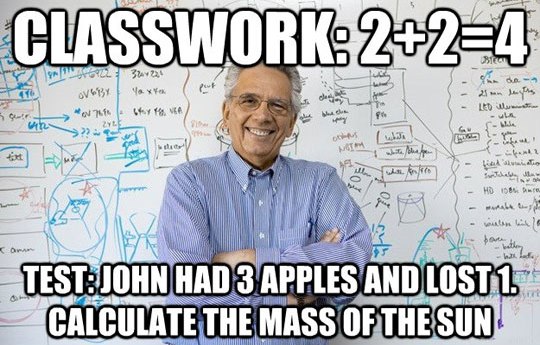 But that’s not all.

The best part of what every sensei does can be illustrated with another quick historical tidbit; namely the story of Christopher Columbus’ Egg.

After finishing his journey to the Americas, putting another continent on the map for the Europeans, Columbus was attending a dinner banquet with his Spanish buddies back home. During the dinner, a comment was made by one of his guests that Columbus’ achievements were not all that exceptional and that “anyone could have discovered a continent as big as the New World” given enough time. Indeed, Spain had a lot of talented sailors and generals in those days, and many others could probably have achieved what Columbus did.

Nonetheless, this got Columbus pissed off.

So he asked for an egg.

Holding the egg in his hand, Columbus challenged the other guests to balance the egg upright on the table. Everyone tried. Everyone failed. Columbus, amused by his guests’ attempts at the challenge, finally took the egg himself and tapped its end until the shell cracked a bit. Now the egg could be placed on the table without falling over.

The guests looked at Columbus in amazement.

The moral of the story? Things always seem hard to do until you know how to do them. And once you discover how to do something new, everyone else will learn it too. The difficult part is just getting there.

That’s exactly what a good sensei is for.

So when you find one, make sure you cherish each insight.

Because your sensei doesn’t only elevate you.

He elevates us all. 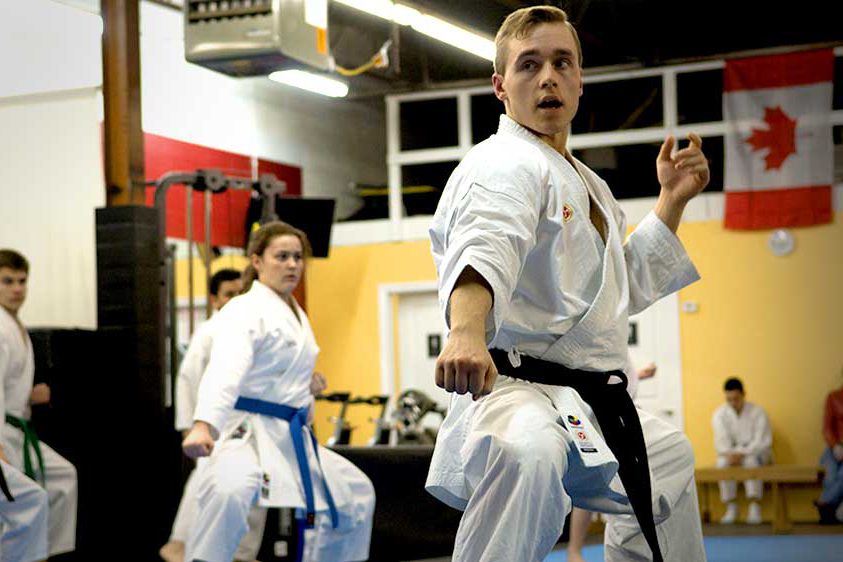 3 Keys to Achieve Incredible Kime in Your Karate Techniques 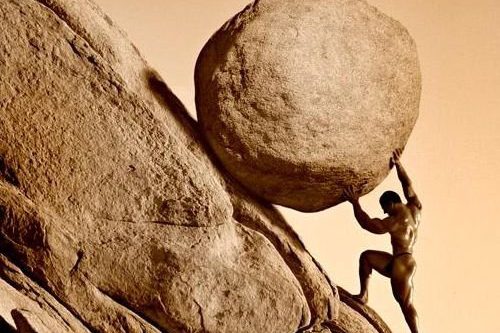 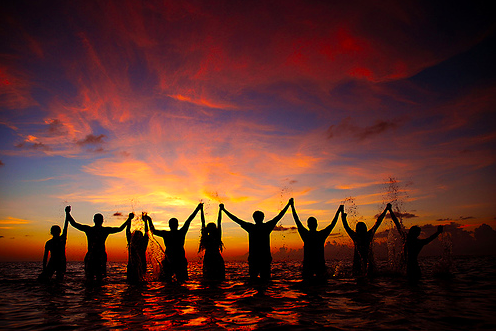