Last Sunday I was helping the old folks in the neighborhood (it was some kind of “clean up in your area day”) up in the sacred hills and woods of Shuri.

The cleaning up consisted mostly of cutting grass and picking up dead branches, while occasionally taking breaks to pray and sacrifice gifts in the small stone huts and altars around the area.

Here is a picture: 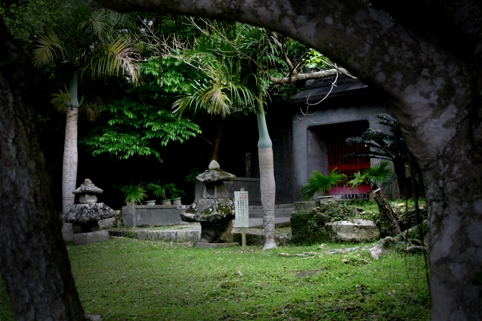 The Okinawan people, specifically the elderly, are quite “spiritual” and worship different kinds of “kami-sama“, which we maybe would call “semi-gods”. The worshipping consists mostly of burning different kinds of aromatic sticks, putting some fruits on a tray, closing your eyes and clapping your hands. I think they mumbled some words too, but I couldn’t really hear.

In some places they prayed in front of these “caves” too: 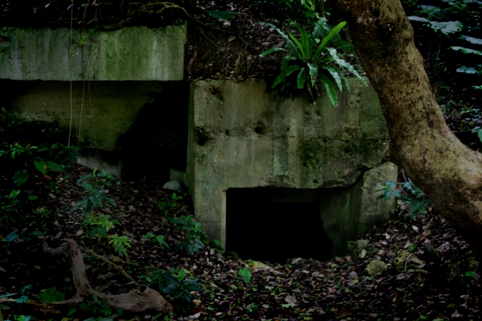 Anyway, after cutting grass, throwing garbage and being invited to eat brown sticky bean-goo from a plastic cup (who can say no to that?) I decided to explore the surroundings a little.

Legend has it; a short walk from here was the place where Matsumura “Bushi” Sokon used to train. For those who don’t know who he was, look here. He might have been the single most influential master in Okinawa back in the days, considering who his students were (Itosu, Asato, Motobu, Kyan, Kentsu etc).

So, I headed into the wilderness of Benga-dake (that’s the name of the mountain) in search for the training grounds of the legendary Matsumura, or Machimura, as they say here in the Okinawan tongue.

Here is a picture of the path I walked on in the dense vegetation: 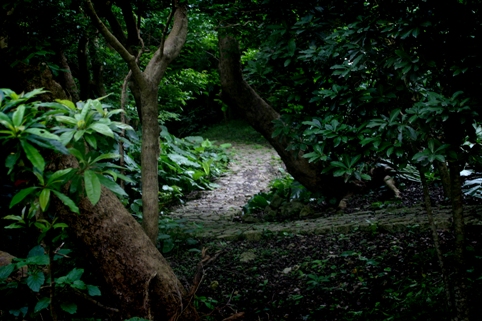 Benga-dake, (Bin nu Utaki in Okinawan) is actually one of the highest mountains in central and southern Okinawa, and in olden times it was used as a landmark by ships at sea. Since the mountain is sacred (the king used to pray here), it also has a “godly name”: Tama-No-Miujisuderukawano-Goibetsukasa.

Anyway, after carefully avoiding spiders, snakes, dog poo and ninjas, I finally reached my destination. From the walking path you can’t really see anything special about the place. It just looks like a regular steep hill: 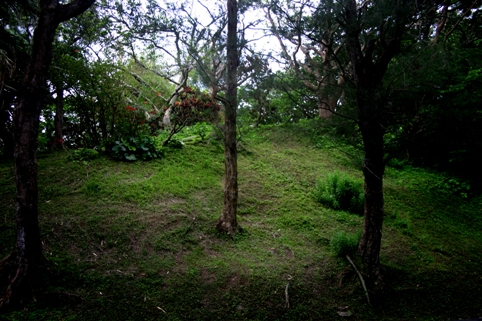 But, if you know what you’re looking for… you step off the path and climb the hill. Because there you will find this: 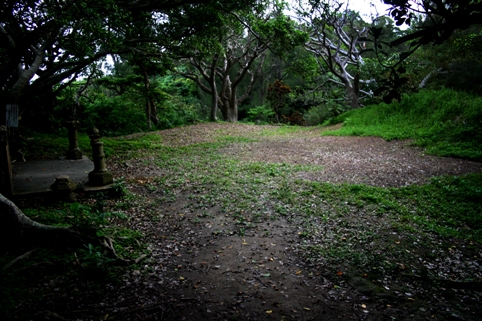 Here it is. The place where Matsumura (Machimura) used to train.

How cool isn’t that? And it’s so hidden too. The perfect spot for practicing secret stuff.

Here is a picture from the opposite angle: 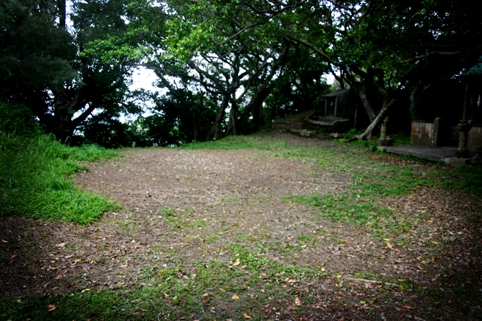 In the corner was a bamboo grove. Bamboo is really amazing, it’s so smooth you can’t believe it (I just wanted to caress it over and over), yet so strong and flexible.  Maybe they practiced on these a long time ago, who knows? But when I think about it, I doubt they would be striking trees on a sacred mountain…

I took a picture anyway: 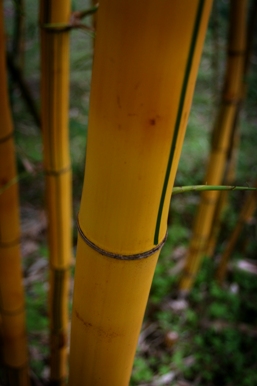 So, after exploring the area I headed back to the regular route, thinking I would peacefully walk home. But if you thought the story ended here, think again! From nowhere an old Okinawan grey-haired man in a Hawaii-shirt with a camera around his neck appears.

He starts talking to me in Okinawan, and waves with his hand that I should follow him. I don’t understand what he is saying, but it seems he wants to take me somewhere.

“I hope this isn’t one of those traps again” I think, and follow him cautiously.

After a short walk we stop in front of a wooden pole stuck in the ground. The pole seems to have some Japanese inscription on it. He points at the pole and says something again. I pretended to understand and took a picture: 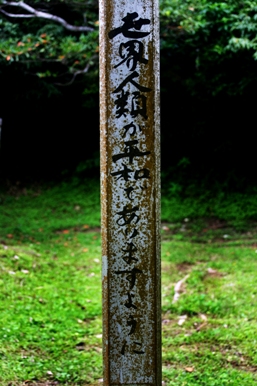 The text reads: “May Peace Prevail on Earth”

I nod to the man.

Now he wants to take a picture of me besides the pole. Sure, that’s strange, but OK. I think the pole was put here after the fierce battles of World War 2, when a large portion of Okinawa was destroyed.

So, he probably thinks I am an American.

After taking a picture of me besides the pole (that’ll look great on his bedside table), he slowly walks over to me. He seems to be thinking of something.

He reaches forward, and opens his hand.

We shake hands. But just as he is about to let go, he says something:

“America… and Japan… is peace.”

This time I understood. 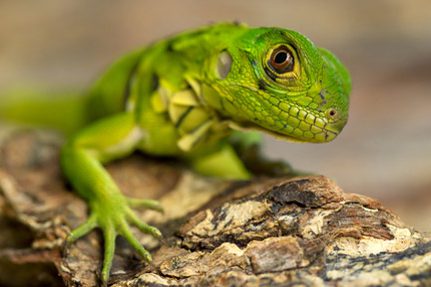 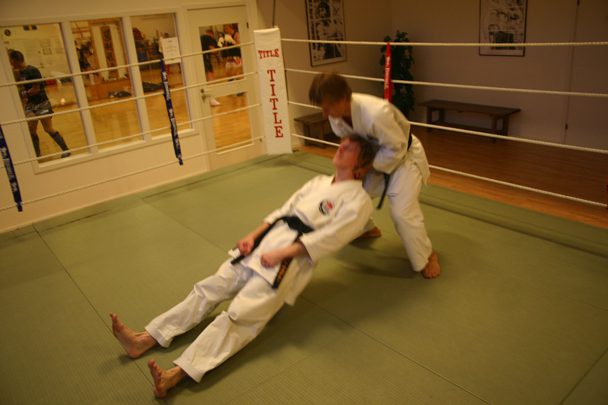