Was everything better before?

An expression heard now and then, most often by veterans in their chosen field of study, is that in ‘ye olde days’ – before all these modern inventions – things used to be “better”.

Take video games as an example:

Today, kids spend countless of hours gaming in front of a computer or TV, in mindless quests for virtual “gold” and “experience points”, so that they can take their fantasy creatures to the next level; slaying trolls, monsters and gnomes in imaginary fairy tale settings.

But, before World of Warcraft came along, kids would be reading books instead (unless they were outside playing cops and robbers, or working in mines.). So what’s the difference?

Well, a book gives you the plot, right? But it doesn’t tell you what everything looks like. In other words, you are required to produce and visualize the written scenarios of the book by yourself, in your mind. An online computer role-playing game is the exact opposite. Here everything is already visualized for you. The monsters look like this, the wizards look like that; this magic spell is purple, that barbarian is hairy and so on.

The only thing you need to do yourself is to decide whether you want to go right or left, slay this monster or that monster.

And if we are to believe one of the greatest geniuses in the history of mankind, Albert Einstein, [“Imagination is more important than knowledge…”] then perhaps things were not only different, but indeed better in ‘ye olde days’. At least in this matter.

So what about Karate, then?

You don’t have to read a whole lot of interviews with senior authorities of Karate to realize that the state of Karate in the world today is a tad bit different to what it was when these veterans were growing up.

It seems that with the recent expansion (boom?) of sports science for everyone, along with related expensive high-tech gear, some traditional Karate training methods have indeed been changed for the better. An example of updated knowledge would be the relationship between arthritis and the makiwara, or breathing and Sanchin kata. And let’s not forget the relationship with broken backs/damaged knee joints and Shotokan-style kihon.

Anyhoo, style bashing aside, one thing that has definitely changed for the worse is the originally Confucian concept of the relationship between a sensei and his/her students (or the senpai/kohai system, if you will), along with its inherited cultural values.

Let me tell you.

A long time ago, in an age where most people thought the world was flat, that you could dig a hole to China and that knowing how to copy Tila Tequila’s makeup was very uninteresting, there lived a dozen or so really famous Karate masters in Okinawa.

Many boys and girls wanted to learn the secret art of Karate from them, but few were accepted. This is a fact, evident from the writings of many great Karate pioneers of old. Just to give the general idea, I’ll let my homie F-Gizzle drop some knowledge on yo’ ass:

“In the past, masters would first look at the character of the potential student before agreeing to teach them. Those whose natures were deemed inappropriate, even in the case of one’s own child, were strictly forbidden from receiving training in the martial arts.”

This was the way it was originally done.

And it’s perfectly logical, isn’t it?

Would you teach any bum how to shoot with a gun? Doubtful. You would first see that they were calm an relaxed to their nature, make sure they don’t have any trouble with the law, no evil intentions, and most of all absolutely no connections whatsoever to Don Calzone, the local gangster boss who desperately seeks to wack everyone who owes him dough.

Finding these things out later – after you’ve taught a potentially deadly skill to your trusted pupil – could come as a rude shock, kind of like a surcharge at a formerly surcharge-free ATM.

Which, when we look back, perhaps is the reason to why so many excellent Karate masters and technicians were created in the first place. Because their minds were only forged by constant Karate practise, not created by it.

Having a correct mindset and attitude was what got them accepted into Karate to begin with!

Everyone knows that you can’t build a house on uneven ground.

It would be ugly, expensive and potentially dangerous.

[please tell me you understood that analogy]

But that is, in fact, the case with modern Karate instruction – where the almighty yen rules supreme.

So, to get to original point of this article – which I strangely haven’t even mentioned yet – here’s an e-mail I received last week from a handsome young man named Joshua; from a dojo with members of an exquisitely refined taste in blogs.

At my dojo, a lot of my friends look down upon having a crisp, white, “prissy” gi at competitions. I think it’s practical, and that it would kind of suck to have people with old, foul-smelling uniforms running around at competitions. What are your thoughts on having a Gi that one only uses for competition? Without a doubt, the majority of the competition crowd at my dojo use your site and YouTube channel more than any other source on the web for Karate, so I’m sure your opinion would matter.

It’d be super cool if you wrote an article or something.

Now, besides pointing out the obvious fact that Joshua-san most likely has a severe beating waiting from his smelly friends the next time he comes to the dojo (censoring e-mails? who, me?), there is another point I want to make clear.

I didn’t even know this “problem” existed.

It’s like, back up, wait a minute, hold it… he wrote what?

People are walking around with filthy Karate uniforms… at tournaments, even!

What the billclinton is going on here? Seriously? Surely this must have been be a joke, but it wasn’t, as my continued e-mail discussion with Joshua-san revealed.

So, J-dog, tell your Karate friends the following:

Sure, things might have been better before: People read books (=knowledge) instead of playing stupid computer games, people had to develop a correct mindset and spirit before being accepted into the dojo of a master (=producing top-notch Karate exponents), Coca-Cola would always come in a glass bottle (= it actually tastes better, doesn’t it?) et cetera, but there’s no need for us to relive the harsh poverty-stricken era of dirty, worn-out clothes that was Okinawa during the golden pre-WW2 days of Karate.

We have easy access to crisp, super white Karate uniforms, made out of the finest blend of cotton and strange chemicals that you can possibly find, which can be bought for a smaller fortune from numerous well-known brands such as Shureido, Hirota, Tokaido, Adidas and others.

So why settle for less?

In fact, not do I only urge you to always look sharp…

I command you to.

And I’ll be damned if I am to be represented by somebody wearing a yellowish, pooh-smelling, unwashed Karate gi with month-old blood stains on it (and don’t tell me that is actually ketchup from your pre-workout Double Whopper with extra cheese).

And for all of us, I hope that’s neither you.

When you look good; you feel good – and when you feel good; you do good. Staying f-f-fresh and clean (just go ahead and imagine a DJ scratching that) is quite simply a recipe for success.

Karate begins and ends with respect.

Begin by respecting yourself.

Because you’re worth it.

And, in case you’ve already forgotten: to the world you may be just someone… but to someone you are the world.

The world of Karate. 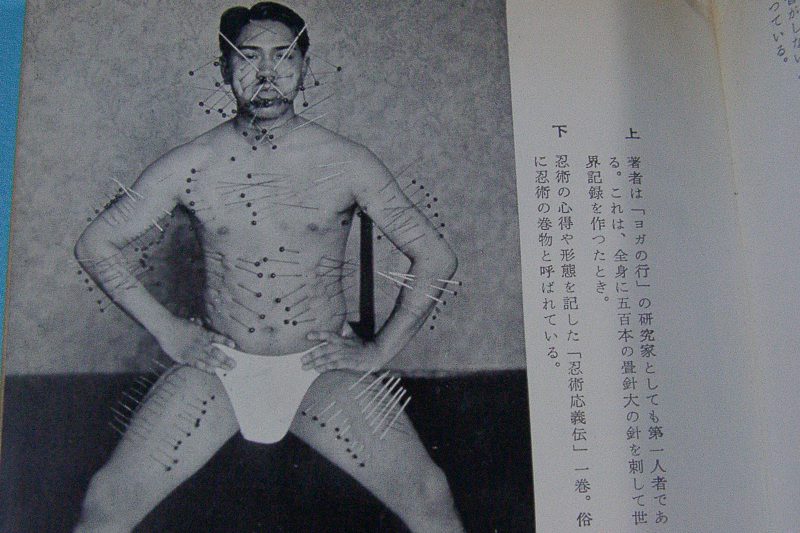 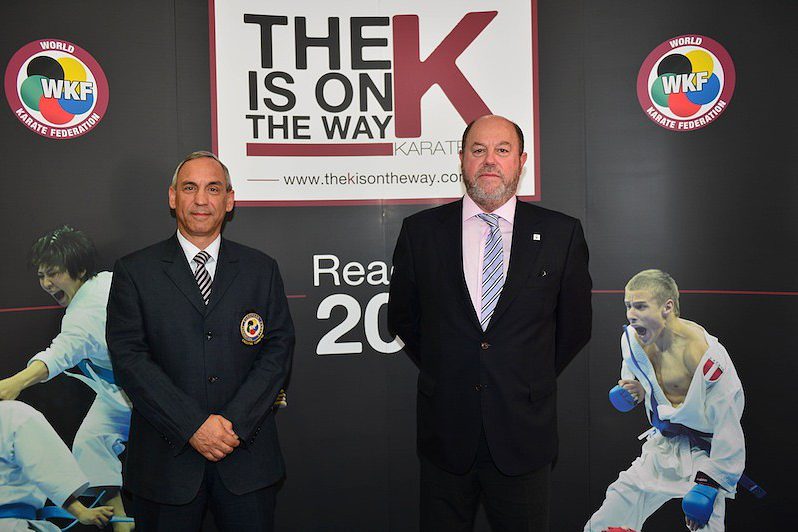 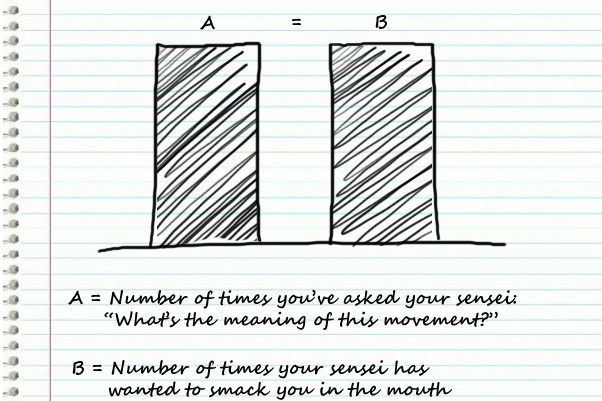