Okay, let’s continue (If you haven’t read part one, please do so).

The training was about to begin.

“Seiretsu!” somebody shouted. We lined up. Or, it was more like a square, not like a line. Lining up is not practised by any dojo I’ve visited here, they always sit in several short lines, one line for each belt color, which makes a square.

I sat down in the back row with my white belt. On my left and right were kids. When I think about it, it must have been quite amusing for the two parents watching from the side, my blonde/brown head sticking up one meter above the others. But they don’t have any mirrors in the dojo, so I don’t know how it looked.

“Mokuso!” one of the black belts shouted. Everybody closed their eyes, and began the mokuso.

Mokuso can literally be translated to silent thought. You should basically silence your thoughts before training, emptying your cup. This viewpoint is interesting, because in English we often say you should think of nothing. But how is that possible? If you are thinking of nothing, then you are thinking of something! To silence the thoughts is a better expression.

Since we are on the subject, have you ever heard of Blaise Pascal? He was a famous French mathematician and philosopher, and when he was 23 years old he claimed to have empirical evicende that emptiness, or nothingness, exists. When the famous denier of nothingness, Descartes heard of this, he simply replied that emptiness exists only in one place – the head of Pascal.

So how should you think of nothing? If you try to think of emptiness you will sooner or later think of something concrete, like a black or white “surface” for example. What doesn’t exist is hard to imagine. We humans even have such a hard time understanding nothingness that we have to label it with words like “emptiness”, “void”, “nothingness”, “space” or “zero”.

But there is a problem with these labels.

To slap a label on nothingness is to limit its existence! If it even does exist…

Enough with the philosophy for now.

“Mokuso yame!” somebody in the front line shouted. End of “silencing thoughts”. And after bowing to the Sensei and to each other, it was time. Time for what I was afraid they would force me to do sooner or later.

The Japanese love self introductions. No, sorry, they love speeches. It can be about anything, really. You can stand ten minutes and talk about the wart on your big toe and they will still think you are great. As long as you keep talking! And the first time you visit a group of people, they will always force you to do a lengthy self introduction.

You’d better have one.

The concept of self introduction is extremely foreign to most westeners, I think. We just tend to shrug our shoulders and say “So, whaddya wanna know?” We simply don’t have a model, or set pattern for introducing ourselves. But in Japan they have. They have set patterns for everything, believe me. Anyway, after successfully introducing myself (what, you didn’t think I had practised like a maniac the whole day?) the real training finally started.

And let me tell you, the first training in a new dojo is always kind of strange.

The whole training is basically a test. They want to know what level you are on. How many push-ups you can he do? How fast can he punch? How well does he know technical details, like elbow tucked in, hip rotation, feet placement etc? The Japanese society in general, and the Martial Arts specifically, are strongly hierarchical. A foreigner is uncomfortable for the Japanese, because he/she is outside of the hierarchy.

So they want to see where you fit in. They need to label you.

Naturally, they don’t ask you these things out loud. Actually, they don’t make you do anything special. They just pretend it’s a regular training session! But if you are quick to observe you can see that they are constantly looking at you… in the corner of their eye.

Watching your every move…

Did he do that last push-up? Did he skip that last kick? Everything is analyzed by the Sensei. And I haven’t even told you about the other students. They also want to look. “Is this foreigner better than us? Can he punch harder than me? I’m Okinawan after all, I have Karate in my blood!”

But they can’t look, that would be bad manners.

I saw them looking anyway. Yup, met a couple of eyes now and then. They couldn’t hold back. And if you meet their eyes, they quickly look away. It’s OK though, there’s plenty of me to look at for everyone!

Finally, after two hours of kata training (they don’t do anythying else in this dojo) it was over. Five minutes of “taiso” concluded the training. And although taiso literally means to harden the body, taiso is lightly jumping and streching a little. We would call it cooling down.

And that’s it! Bow out, drink a little, change clothes (your gi is most likely brown by now), beg somebody to give you a ride to the nearest monorail station, and you are done!

I can’t wait for the next one! 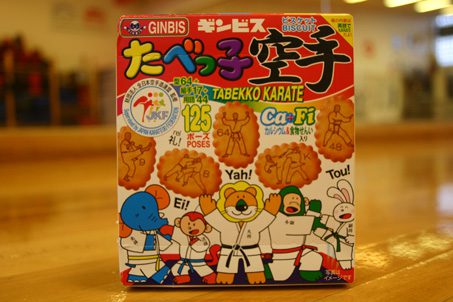 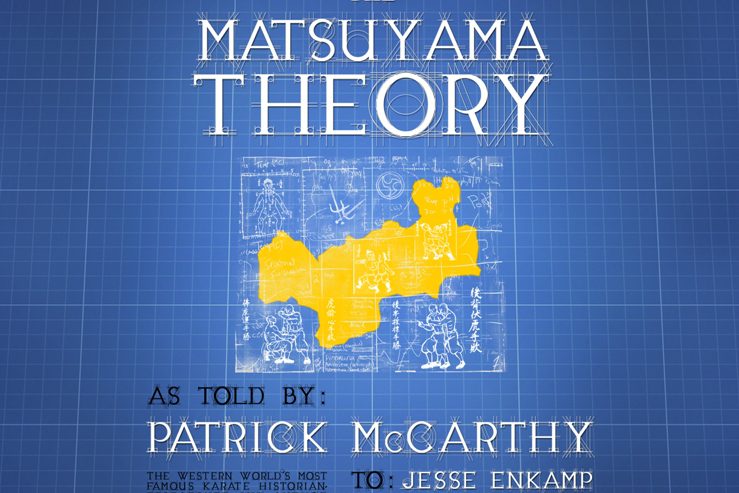