There are some pretty fun words and phrases out there.

For example, in German they have the horribly long word ‘handschuhschneeballwerfer’, which means somebody who wears gloves to throw snow balls. It is used in general to mean a coward.

And in Tierra del Fuego they have ‘mamihlapinatapai’. It means ‘two people looking at each other, each hoping the other will do what both desire but neither is willing to do’. That’s a pretty useful word, actually!

And in Spanish, ‘esposas‘ means handcuffs. But it also means wife!

Though I’ve never used any of the words above, there is one phrase in French that I’ve been “feeling” lately. It’s known as ‘l’esprit d’escalier’, or the spirit of the staircase. This phrase is used to describe the precise moment a person comes up with a clever retort to an embarrassing insult… but it’s too late.

You know what I mean. Somebody throws a one-liner at you and you don’t know what to reply, until later. But by then it’s too late, since the whole situation is already over.

To me, this has been happening recently.

Especially in the dojo.

And always with somebody training Thai Boxing, MMA, Kickboxing or basically anything that isn’t Karate.

And for some reason, it’s always about kata.

“Nice dance, too bad it doesn’t work in the street!” they might say, just before they smack their shinbone into some pads, grunting loudly. Sometimes they might even go “Your karate dance is pretty cool, but it doesn’t teach you how to win against a kickboxer like me (or any other style they think is cool)!”. Then they do five very loud sit-ups and go buy an energy drink.

And you know what? I’m getting pretty annoyed at these remarks.

But the problem is, I never have a clever retort!

So that’s why I’m formulating one right now.

This is my answer to all MMA/Thai- or Kickboxers who don’t understand this whole kata thing.

To begin with, yes, I agree with you. My karate dance is pretty cool. And no, you’re right, it won’t help me in “the street” against a trained fighter like you.

It won’t help me against anything, actually.

However, the information contained in it will definitely help me. Against a kickboxer, thaiboxer, brawler, drunkard or anything else I might have the misfortune to encounter.

Because, you see, kata by itself doesn’t teach me anything. Actually, nothing teaches anything “by itself” – it all requires “someone” to impart or interpret it. When you see me doing my “Karate dance”, I am merely repeating a solo reenactment of concepts that I have already trained and learned a long time ago, with a partner.

What you train is a sport.

A Martial Sport, even.

What I train is a Martial Art – and that’s something you need to consider.

Look, to make it more understandable for you, here are some techniques that are forbidden in MMA (which seems to be considered the toughest of the Martial Sports):

You call the above techniques Fouls.

I call them Karate.

What I do is: I train to defend against these techniques. But you never do, because you don’t expect them.

What you train is not designed to defend you against a steroid pumped freak who attacks you in a dark alley at 3 AM, trying to smash your head against the wall.

What I train is.

However, I see what you mean when you try to be funny on my behalf. Truthfully, it looks kind of silly to me too when most people do their “Karate dances”. Because the way people today teach, practise and understand kata is based on modern assumptions about Karate and kata that have almost no connection to what they were originally meant to be.

That would be like me trying to sing a song in Chinese without even knowing the language.

Add that to an excessive focus upon misunderstood rituals and etiquette and you’re looking at a tradition that in some places has been reduced to re-enactment status, not unlike the ritualised practices of Medieval re-enactors.

Now, let me teach you a great word:

Maybe you’ve heard of it?

As a matter of fact, all of your fighting skills were delivered through templates.

Your coach/trainer (what we in Karate call a ‘sensei’) taught you a set of skills with which to address specific scenarios. These skills were imparted to you via templates – how to break fall, how to throw somebody, how to escape or counter a technique, how to set up an opponent or avoid a set up, how to jab, use a right hand, do a joint-lock, work your left hook, how to check a kick, how to slam someone to the ground, how to use combinations, how to use your knees/elbows and so on. As you can imagine, the list is very long.

You show the learner how something is done [that’s a template] and they repeat it [the template] until the skill is learned.

This is then followed by more advanced templates – how the skill is honed, how to make one stronger, faster, more flexible, etc. in order to be the best you can be.

Coincidentally, the Japanese word for template happens to be “kata”.

And that’s what you’re looking at, when I’m training.

But don’t get me wrong – these kata, or “Karate dances” that you see me doing are not some kind of shadow boxing, which you might be familiar with.

There is a big difference.

Shadow boxing is free, kata is not.

I am repeating a cluster of prescribed battle-proven techniques over and over again, to make them my second nature. Of course, ideally I would want a whole line of training partners standing in front of me, ready to assist me in my training (as opponents), but I don’t have that privilege.

That’s why I’m doing this alone.

And while we’re at it, consider these three points, that the study of kata and it’s meaning (which to me actually is Karate) gives me:

Put them together, and they all work towards the same goal, which is to ultimately establish inner peace and tranquility.

Now, this might sound like a load of esoteric mumbojumbo to you, since all you probably want to do is “Have fun and kick some ass man!”, but to me it all makes perfect sense.

I practise a non-lethal civil fighting art that was designed for self protection (but is today also used for much ‘higher’ purposes as described above), not military conflict or competitive fighting.

That’s why I will never “step into the cage” with you.

Because that’s not what I do…

And your Martial Sport is not my Martial Art – so please stop mixing them together.

Just let me practise my kata in peace. 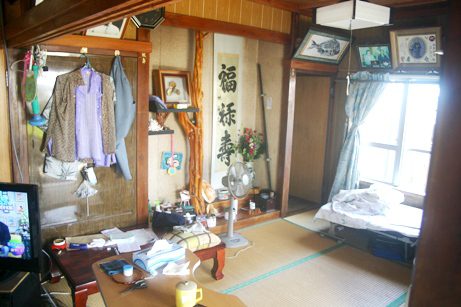 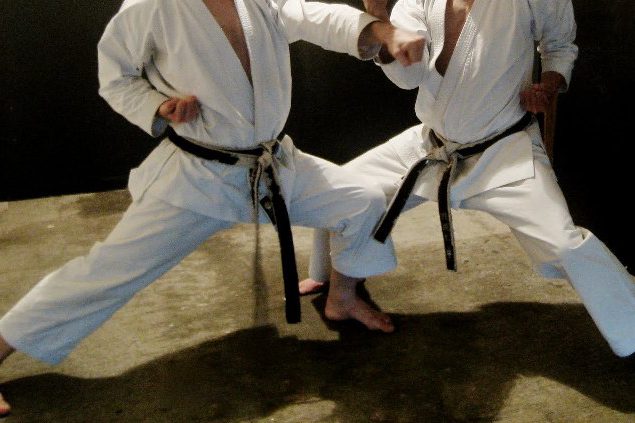 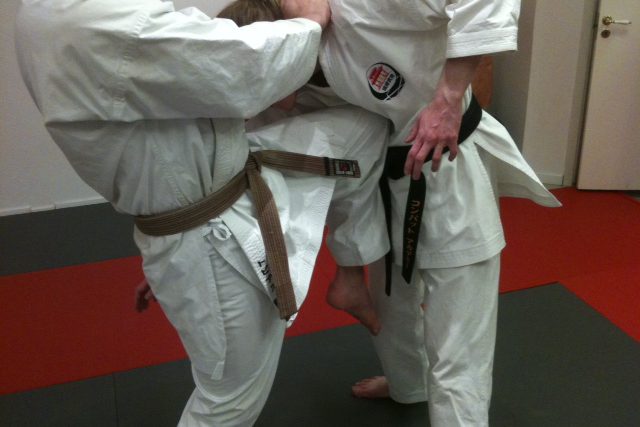