If you ever plan on travelling to Okinawa (or Japan in general) to study Karate, remember to take notes.

It doesn’t have to be anything serious though, a small notebook will do. 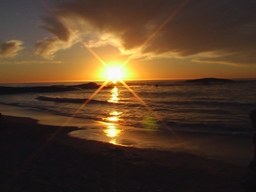 Because those notes are very interesting to read a few months after you come home!

Anyway, as you’ve probably figured out, I have been reading some of my old Okinawan notes lately.

It’s quite much, actually, but  I thought I would share one special note with you today.

On one page I’ve written:

“Ate dinner at a fancy restaurant with some dojo seniors. Great food! We talked about special Okinawan Karate terms, like “Muchimi”, “Ganmaku”, and “Kunchi” (or “Chinkuchi”). Explanation on next page. Note to self: Never ever order the tuna with extra wasabi again. It hurts.”

(Not, not the tuna, I’m talking about the Okinawan Karate terms.)

Have you heard these before?

Muchimi, Ganmaku, Kunchi… not many people training Karate have heard these words. Not even in Japan.

Not even in Okinawa, actually.

These words are old ones, of the Okinawan language (uchinaguchi), and only a few old teachers haven understanding of these terms.

So I thought I would write something about that today. Just to understand our art a little better. And the word I’ve decided to explore is chinkuchi. An essential term when dealing with Okinawan Karate.

The question I will try to answer is simply:“What is chinkuchi?”

Well, I thought we could start out by seeing what other people think it is.

Higaonna Morio, 10th dan Goju-ryu Karate has this to say about chinkuchi:

“This expression [chinkuchi] is used to describe the tension or stability of the joints in the body for a firm stance, a powerful punch, or a strong block. For example, when punching or blocking, the joints of the body are momentarily locked for an instant and concentration is focused on the point of contact; the stance is made firm by locking the joints of the lower body – the ankles, the knees and the hips – and by gripping the floor with the feet.

Thus a rapid free-flowing movement is suddenly checked for an instant, on striking or blocking, as power is transferred or absorbed. Then the tension is released immediately in order to prepare for the next movement.”

A good explanation. But I think we need another explanation to understand it even better.

“A simple explanation is, when punching for instance, to contract the muscles used when punching (especially the triceps and the trapezius), increasing the speed of the punch or block from within your own body.”

A good explanation, but a little lacking.

I think we need one more explanation.

This is what famous Karate historian (and practitioner) Tokashiki Iken had to say about chinkuchi:

“When punching, the most important thing is that the “koshi” [hips] are in it, and that chinkuchi is being utilized. Chinkuchi, in a word, means to contract the trapezius, the triceps, the pectoralis major, etc. when thrusting the fist out. At that time, the armpit must also be closed when punching or blocking.

This means that a punch with chinkuchi has an instantaneous increase in power. This is called “one cun power” [one inch punch] and causes a great destructive power upon the opponent’s body.”

Okay, I think we are getting the picture now, right?

You see, despite the exotic Okinawan name, chinkuchi is nothing more than a question of body mechanics (relaxation, rooting, sensitivity, compression etc), distance and timing, used right. In Chinese they call it Fa Jing – Release of power.

In short, chinkuchi can be likened to a sneeze.

The entire body opening and closing in an instant.

It is nothing special, really.

However, it is something very hard to apply, and therefore very rare to see. Not many people train long enough to understand their body to the degree that they can apply chinkuchi.

Chinkuchi is about knowing when to relax… and when to tense.

The skill of switching between these two, by using the whole body, is called chinkuchi.

No matter if you’re the one delivering a blow or taking a blow.

Chinkuchi is not about pushing, forcing, tensing, stepping, moving, falling, jerking, lunging, dropping, jumping, being aggressive or anything like that. Chinkuchi is about control.

Actually, I think I’ll give you two more quotes on chinkuchi.

The two best I’ve ever found:

“Shoot your loose, half-opened left hand straight along the power line at a chin-high spot […]. But as the relaxed left hand speeds […] suddenly close the hand with a convulsive, grabbing snap. Close it with such a terrific grab that when the second knuckle of the upright fist smashes […], the fist and the arm and the shoulder will be ‘frozen’ steel-hard by the terrific grabbing tension.

That convulsive, freezing grab is the explosion.”

“It seemed to me that the real secret lay in the delivery itself far more than the strength behind it, and I therefore aimed to make my punches the culmination of a perfectly coordinated action of the whole body, beginning with the legs.

Incidentally, my punches including the one which I developed later and which was to win general admiration as ‘the lightning settler’, always started from the legs.”

From what secret Okinawan source did I get these quotes? Surely they must be from some hidden, holy, treasured manual on Karate? 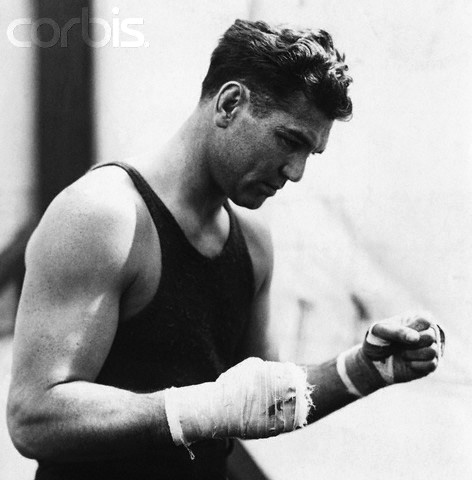 Dempsey, Carpentier, and a whole bunch of other old school Western boxers all talk about quck, sharp, ‘jolting’ punches where distance, speed, body control and timing come together to deliver maximum effect…

…through a combination of hardness and relaxation.

And isn’t it fun how it requires two Western boxers to adequately explain an Okinawan Karate term?

I guess that’s Okinawan Karate in a nutshell. 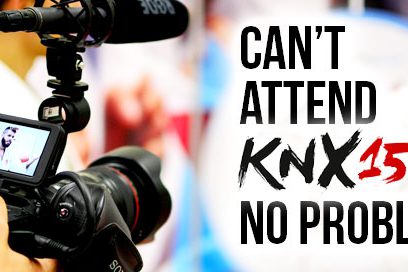 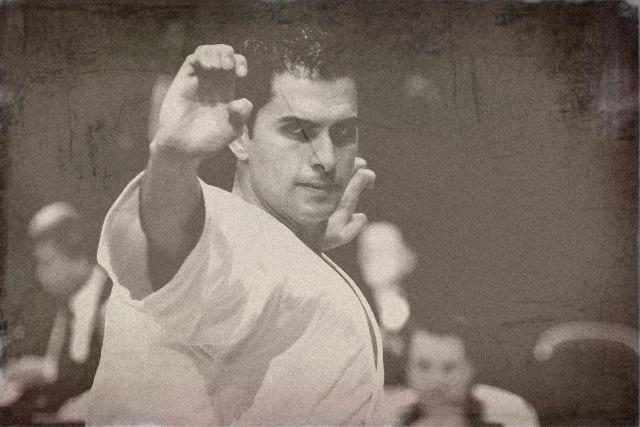 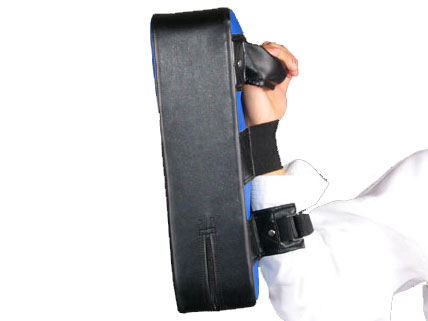