Today I decided it would be time for yet another post consisting of ridiculously many different pictures of ‘bunkai movements’ to a chosen technique.

I’ve done this twice before, here and here.

The purpose of this post is not to tell you “this is the best application for this technique”, but rather to show you the almost endless possibilities that you have when interpreting the movements of kata.

Anyway, the technique of this post is Juji-uke, meaning: “figure ten block” in Japanese. The name is quite simple to understand when you know that the Japanese sign for the number ten (10) looks like this:

And that’s how we do when we block. We cross our arms, in this fashion:

But what is the purpose of the block?

Well, ask almost anybody and this is what they will show you, right here (demonstrated by my loyal slaves “colleagues” Viktor and Jesper): 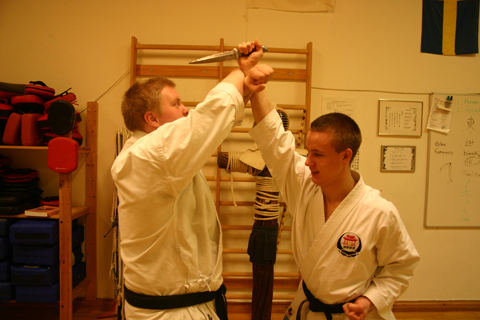 I don’t know how many times I’ve seen this, but it’s faaaar too many.

And if the block is down, they do this: 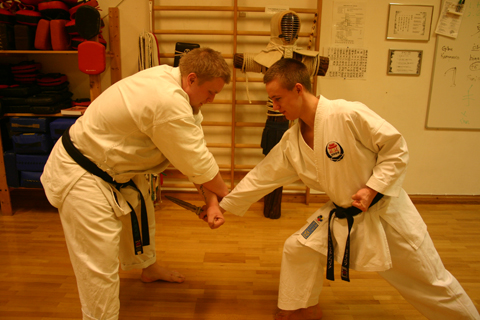 Does anybody really fall for that?

Personally, interpretations (I don’t even want to call them ‘bunkai’) like these make me sick.

Not only are you doing a completely unrealistic technique (practically offering your arteries to the blade of the knife) but you are also endangering other peoples lives if you teach this, should they ever attempt this move with a sharp knife.

Like I said in the beginning, there are almost endless possibilities when exploring the world of bunkai-jutsu, but some moves simply don’t work, and they need to be discarded.

We’ve tried to keep it real below.

What looks like a cross block can easily be used as a takedown, joint lock, strike, choke, throw, hold/pin, groin grab and much more, as you will see.

Some crap, some pure awesomeness.

Like I’ve said in the previous bunkai posts, the hard part is not posing in a position, like above.

That’s easy (except if you’re the victim)!

The hard part is trying to recreate one of the above scenarios, and asking yourself “How did I get here?”. “From which attack did I defend myself to get to this position (juji-uke)?”. Then you just need some reverse engineering, and you have your complete bunkai.

Finally, find a kata where it fits, and you’re done.

And leave the knife stuff to action movies, okay? 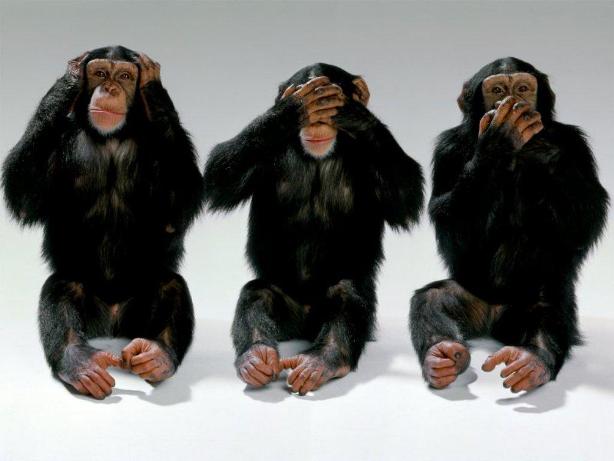 What Did He Just Say?! (Karate Quotes) 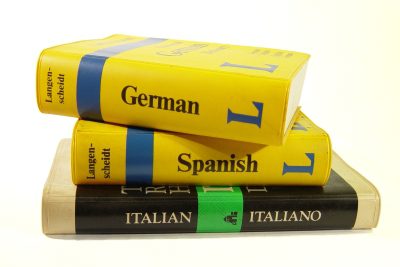 “Separated by a Common Language…”?