I’m finally back from a long week in Paris, with a bag full of fresh and exclusive video clips from the 21st edition of the Senior WKF Karate World Championships, which took place in a packed Bercy Stadium with roughly 15’000 people attending the spectacular finals.

As always, keep an eye on my YouTube channel for awesome videos and behind-the-scenes footage coming up real soon.

In the meantime, I thought I’d hit you with a couple of random Karate thoughts, like I’ve done before here and here. You know the drill.

1. Follow the old masters, but never let your lineage, style or history be a excuse to stop learning new stuff. The past is a place of reference, not residence.

2. Regrettably, the modern day study of bunkai consists more or less of educated guesses. And the longer you’ve trained, the more qualified your guesses seem to become.

3. If you have never been angry with your sensei, you have probably not been training long enough.

4. Use your finest gi. Put on your most expensive belt. Never save things for a “special occasion” – today is special. You only live once. Do it to the fullest.

5. When it comes to gradings and demos: Overprepare, then go with the flow.

8. The secret of becoming awesome at Karate can often be reduced to the surprisingly simple tasks of getting up, dressing up, showing up and never giving up.

9. Make a mental note to slow down. The depths of Karate are best discovered, and subsequently enjoyed, at a more sophisticated pace.

10. To the average Joe, Karate will probably never be “cool” – and the sooner you’re cool with that, the sooner you’ll be able to unconditionally keep doing what you love.

11. The best sensei are the ones who inspire you – with their techniques, words and actions – instead of trying to motivate you using behavioral ‘science’ or management techniques. Sadly, most sensei haven’t spent enough time on the receiving end of either to understand the significance of this difference.

12. Let go of expectations. When you have expectations of something, you put it in a predetermined box which has little to do with reality. And Karate is all about reality.

13. Until the day comes when you prefer an inconvenient truth over a reassuring lie, you don’t truly deserve the privilege of receiving your sensei’s feedback.

14. Modern Karate is increasingly geared toward competition — rip each other’s throats out, survival of the fittest, blah blah. Try the opposite though, and you might just discover a new kind of joy. Competition is very rarely as useful as cooperation – both in Karate and life.

15. Figure out what you really like in Karate – then proceed to do it passionately. And if you can’t figure anything out, well… then you should probably be doing something else.

16. If a sensei tells you he is 100% certain of something, he’s most certainly lying. No one really knows what they’re doing as Karate teachers. Although we would obviously never admit it, we’re all secretly faking it, hoping we’re getting it right. Personally, I just try not to mess my students up too much.

17. The difference between bad and good Karate? One is based on the perception of reality, the other on actual reality.

18. What other people think of your Karate is none of your business. A tiger doesn’t lose sleep over the opinion of sheep.

19. The currency of Karate is sweat. And the goal of your job in the dojo is not unlike any other job – get paid.

20. There’s a ton of cool stuff in Karate that you’ll never experience. But that’s OK. Physical reality dictates we’ll miss most things in life anyway. So learn to truly enjoy the slice of Karate, and life, you do experience… and try to make the most of it. Our time on this earth is exceedingly brief.

That’s it for now.

I’m gonna go take a hot shower now (it’s like a regular shower, but with me in it). Make sure you stay updated for awesome World Karate Championships footage on my Facebook, Twitter and YouTube.

Keep keepin’ it real guys, and keep the great comments up! 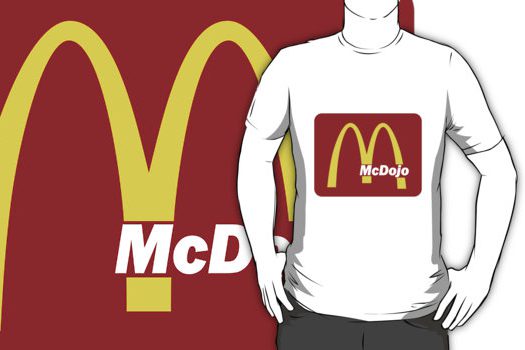 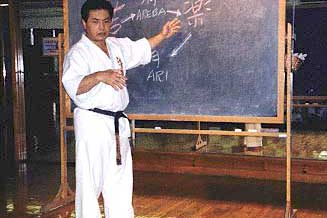 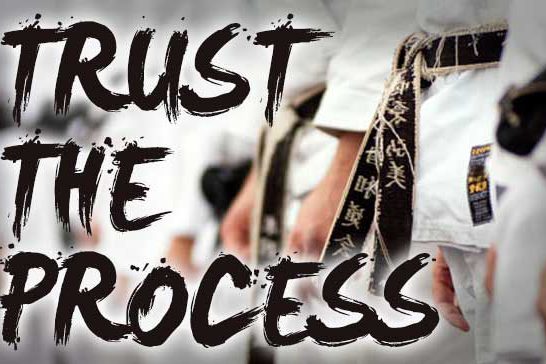