Do you know the difference between Okinawan Karate & Japanese Karate?

Until I visited Okinawa – the birthplace of Karate.

Since then, I’ve revisited the amazing island over a dozen times. I even lived there in 2009, studying Japanese at Okinawa University.

So I can assure you…

There are MANY differences between Okinawan and Japanese Karate.

Okinawan Karate has a lot of high stances.

For many people, this is good news!

Deep Karate stances can often feel “forced”, especially for tall Westerners, and tend to be painful for knees/feet/back.

To put things into perspective, an Okinawan zenkutsu-dachi can be half the length of a Japanese one.

Will these kinds of high stances build leg strength and stamina?

That’s not the point either.

The stances of Okinawan Karate are meant to be practical when applied in self-defense, since they can be quickly and effortlessly reached from your everyday stance.

If you practice Karate in Okinawa, you will often hear the word “imi”.

“Imi” translates to “meaning” in English.

Hence, in Okinawan Karate, the meaning of a technique is often more stressed than how the technique is actually executed.

The Why is more important than the How.

Japanese Karate, on the other hand, is often more focused on the How rather than the Why.

There are three main reasons for this:

For example, a Japanese sensei will go very deep in details of a kata.

(How to twist your hips, how to adjust your feet, how to shift your weight etc.)

But an Okinawan sensei will often remind you of the purpose of a kata instead. 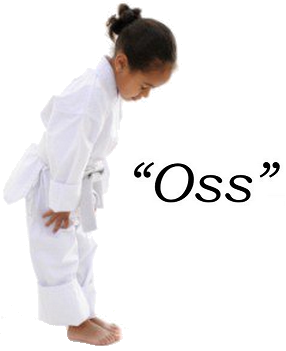 This phenomenon has also spread to the West, and is even getting popular in Brazilian Jiu-Jitsu and MMA too.

The reason can be found here:

Okinawans generally use the word “Hai!”

When Karate was introduced to Japan, many things changed.

Most people don’t know this, but Japanese Karate practitioners actually changed many kata and added tons of new kumite techniques, for the sole purpose of scoring points in competitions.

Trust me; you’ll never see an Okinawan sensei teach you a spinning hook kick to the head!

Don’t get me wrong though; people in Okinawa compete too these days. But there’s a big difference in their approach.

In Okinawan, Karate is not a sport.

Like one of my Okinawan friends, a 7th dan Shorin-ryu sensei, once told me:

“Karate is part of our cultural identity”.

Karate’s heritage is everywhere in Okinawa, and it’s such a natural part of their culture that it simply makes no sense to compete in it.

A growing bamboo does not compete with the bamboo next to it. 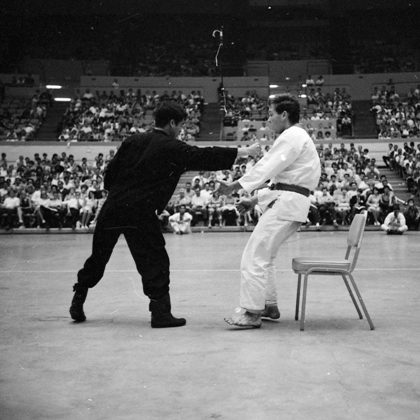 In Japanese Karate, the concept of “kime” is super important.

The word “kime” comes from the root “kimeru”, which literally means “to decide” or “to fix”.

Kime signifies that instant stop at the end of your technique.

Now check this out…

In Okinawan Karate, there is something else:

You see, in Okinawan Karate it’s not important to freeze the technique quickly.

It’s more important to transfer all of your energy into the opponent – like a shockwave. To do this, you need an explosive release of full-body power.

Have you ever seen the famous “one-inch punch” by Bruce Lee?

It’s a perfect example of chinkuchi.

It’s all about power.

But in Okinawa, almost every dojo has weapons on the wall.

Because they practice Kobudo – the art of handling Karate’s ancient combat tools.

The most common Kobudo weapons are:

Now, I’m not saying Okinawan Karate is an art with weapons.

But a long time ago, rural Okinawa was a very dangerous place.

And if you’ve never practiced with weapons, it’s hard to defend against one.

Like Nakamoto Masahiro, 10th dan Okinawan Kobudo, once told me after we finished training in his dojo:

“Karate and Kobudo is like brother and sister. Never separate.”

But trust me – they know something!

Because if you’re weak and frail, you simply cannot defend yourself optimally!

So, they developed tons of crazy tools to strengthen & condition their bodies.

This gear is still being used in Okinawan Karate today.

Some of my favorites are:

In Japanese Karate, you rarely see these training tools – except the makiwara.

But in Okinawa, you find them in every corner of the dojo.

Next, we have something called “tuidi”.

Here’s where tuidi comes into play.

Tuidi is the Okinawan method of grabbing, seizing, twisting and dislocating an opponent’s joints.

These things are rarely taught in regular Japanese Karate classes.

Because, again, Japanese Karate was heavily influenced by pre-existing martial traditions when it was introduced from Okinawa. The original, short, fighting range was changed to a longer one – and concepts like “maai” (engagement distancing) were borrowed straight from Japanese samurai sword fencing (Kendo).

Therefore, the concept of “tuidi” is not as important in Japanese Karate.

But in Okinawan Karate it’s still being practiced.

In fact, when you closely examine old-school kata, you will see that the bunkai of the kata movements make much more sense in the close range.

Try it and you will see.

As you might have figured out by now, Okinawan Karate has many unique quirks.

To truly understand it, you have to experience it up close.

Basically, you need personal attention directly from a sensei.

This is why Okinawan Karate is hard to teach a big group of people at once – you simply cannot give adequate individual attention to a group of 50 students or more!

Japanese Karate, on the other hand, was tailored for huge groups.

Because that was the goal when Karate was introduced to the various universities around Tokyo, Osaka and Kyoto in the middle of the 20th century.

This phenomenon, along with tournaments, is the reason why many movements of Japanese Karate are bigger and more simplified than Okinawan Karate movements.

They need to be easily seen by huge masses of people!

In Okinawan Karate, it’s the opposite.

In fact, the average Okinawan dojo has room for like 10-15 people. This spartan training environment actually adds to the focus of individualization over mass instruction.

Sadly, this is the reason many Okinawan masters can’t make a living from Karate.

They don’t have room for enough students.

Lastly, here’s something you might have noticed throughout the article:

Okinawan Karate has its own language.

Some other popular ones are:

(Those of you who attended my seminars will recognise these.)

This language is still used by traditional masters in Okinawa.

For example; when I went to Okinawa last summer, I learnt a new kata called Tomari Chinto. In one particular technique, my sensei told me to have a spring-like upward movement, called “hanchaatii”. Huh? I was clueless! What did he mean? When he saw my confusion, he quickly excused himself and said it in proper Japanese instead; “hana ageru”.

This goes to show that Uchinaa-guchi is still very much alive today.

And with those words I end this list of 10 differences between Okinawan & Japanese Karate.

Of course, these are just generalizations – but they’re based on my personal observations from years of traveling to, and living in, Okinawa and Japan.

Personally, I try to mix the best of both.

In Okinawa, you are never afraid of anyone in the dojo!

Nobody tries to hurt you or outwork you, and there is no holier-than-thou aura around the sensei either.

Everyone are there as friends, working together in the spirit of Karate.

Sure, the Okinawan tempo can seem slow compared to the “kill-or-be-killed” tempo in some Japanese dojos – but I blame it on the tropical heat.

(Related reading: The #1 Reason Why Every Serious Karate-ka Needs to Travel to Okinawa Right Now)

In the end, it’s about doing what you love – whether it’s “Okinawan” or “Japanese”. 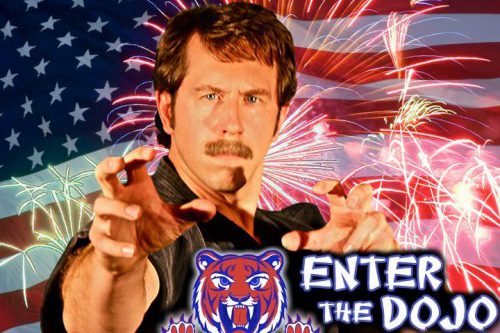 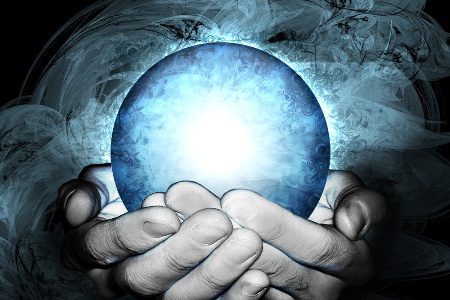